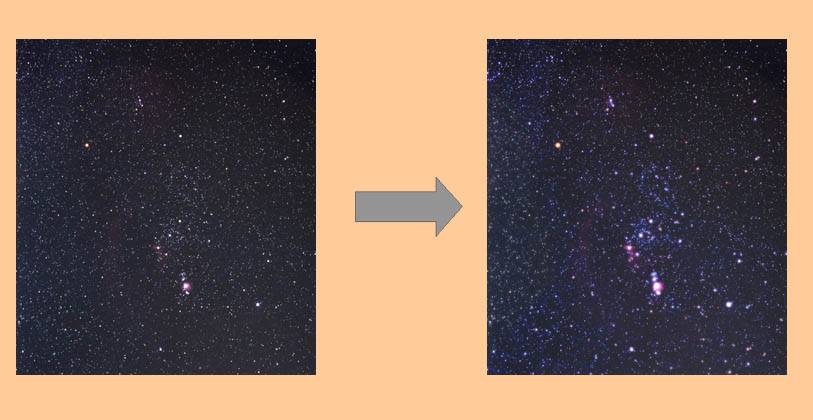 You may have seen constellation photos where the major stars are highlighted and show up as beautifully colored orbs. Some of these are created in-camera by taking a double exposure: once with no filter and then once with a diffusion filter on to create those glows around bright stars.

The same effect can be done in Photoshop with one normally exposed astrophotograph.

Open a new copy in Photoshop and duplicate the layer. 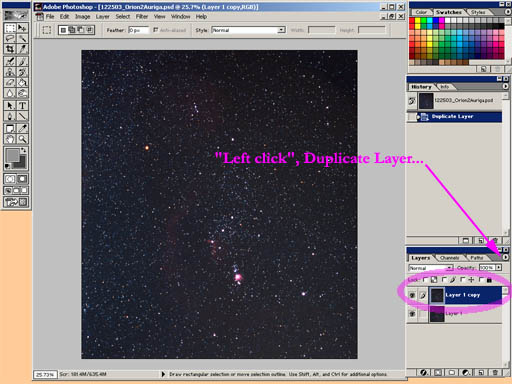 You will modify this layer and then use it to modify the underlying, original layer.

Median filter the top layer with a radius of 3 pixels to remove most of the smaller dim stars.

Do this step zoomed in to 100% so you can see the actual pixels. Pan to a typical star you want highlighted. You want to Gausissan blur the top layer to "spread out" the large stars. Not so much that they essentially disappear, but enough to create a nice ball of color: 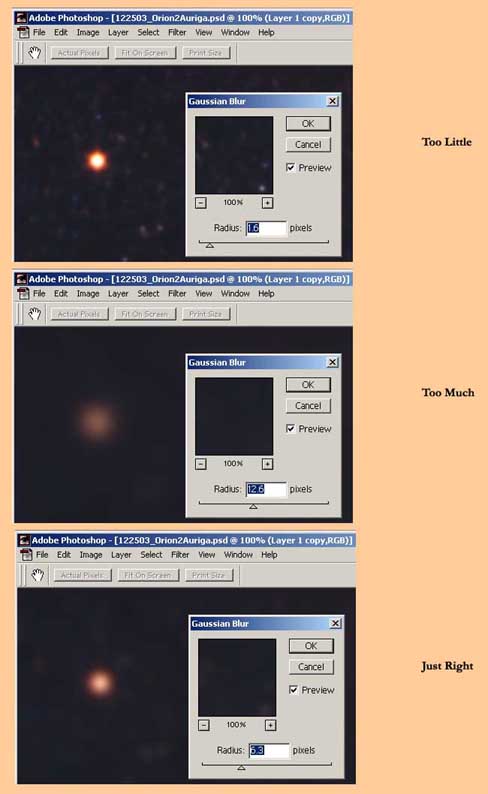 The picture at this point has washed out blobs for the stars, and a grey-ish washed out background. We'll add an "S" curve to darken the background, and bring up the stars intensity and saturation.

Add a "Curves" adjustment layer to the top layer: Layer -> New Adjustment Layer -> Curves... Make sure to group with the top filtered layer so that you can later go back and tweak the curve: 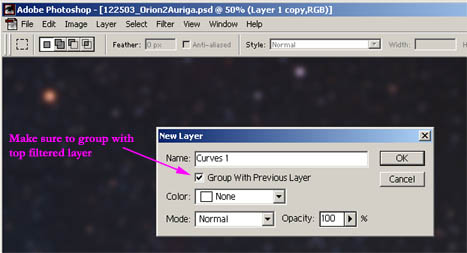 Zoom out to see the entire photo and curve appropriately to darken the background and brighten the stars: 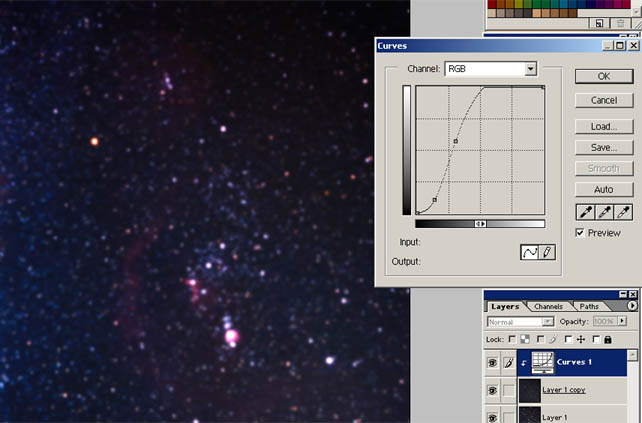 This is where you get to see the results. Select Layer 1 copy, and change the blending mode from "Normal" to "Lighten". 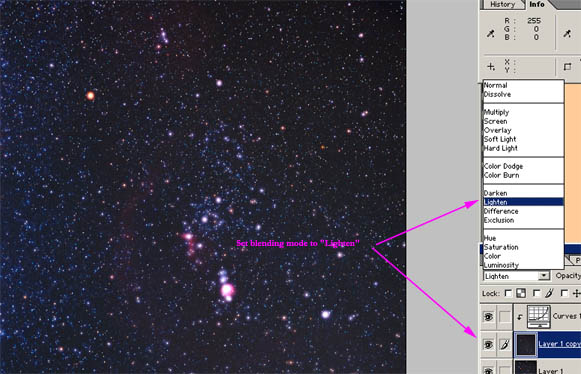 However, in the areas where you had large bright stars, the lighten layer now has a colored patch, which lightens and increases the color in the underlying picture, giving you a diffused star.

On the left hand side of the photograph, sky glow from the horizon resulted in too much blue, which looks a little odd. Add a layer mask to the curves adjustment layer to mask this area out from curving: 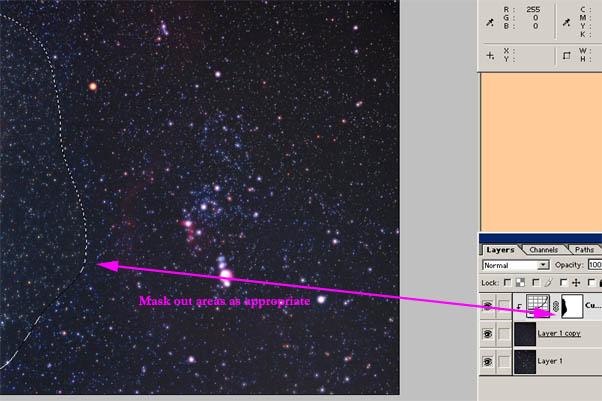 Double click on the curves adjustment layer to bring the curves dialog back up, and adjust to taste. Bringing down the dark tones will reduce the diffusion effect, bringing up the midtones will increase the effect. As Emeril would say: "BAM!"