It was one year ago that I received my SBIG ST-10XE + CFW-8a + AO-7 after finding a good deal on a used one on Astromart. My telescope was a CGE1100XLT, which is a Celestron CGE mount and Celestron 11” SCT with XLT coatings. I had been attempting unguided DSO astrophotography for about a year using a Canon D60 DSLR so I was not a complete newbie, just a beginner. The D60 had two major limitations; it was unguided and it had a large amount of noise. I had dreamed of owning an SBIG camera because it had neither of those limitations. It was with high hopes that I began my first year into serious AP.

Of course the first thing you must do when getting a new camera is shooting all those objects that you are dying to photograph; the Horsehead, M51, M13, and a plethora of others. Forget about really learning how to operate the system to its fullest capability. Just learn enough to make it work and start shooting. I think that every budding astrophotographer needs to get that out of their system if only to see why you should spend some time learning the basics. The key is to not spend too much time doing it before getting serious about learning the basics. Unfortunately it took me about 8 months to get serious because I was able to improve quickly enough that I didn’t see I was nowhere near the capabilities of my imaging system.

The first wonderful piece of advice I got (and ignored of course) was to not use the AO-7 and simply use the camera and guider directly into the CGE. But I thought, “My CGE needs the AO-7 to get good tracking” and used it right from the beginning. The trouble was for the first few months my tracking was 50/50. Some nights it worked flawlessly and other nights it couldn’t keep the guidestar for more that a few minutes. Then I found and read Mike Dodd’s excellent article that explained auto-guiding in detail, located on the Yahoo Group “CGE-Uncensored”. From then on I had no issues with guiding and it worked flawlessly every time. One major issue solved but the AO-7 still was having a detrimental impact on my images but I didn’t know it yet.

The focusing is normally another difficult issue to deal with but I already had a head start. Focusing the Canon D60 was a major pain using the SCT focus knob and camera finder. To improve focus I bought a Robo-Focus for the SCT knob and got “DSLR focus” program to automate the focusing routine. With CCDSoft and the ST-10 I was able to measure the quality of focus and I was able to achieve very good focus in about 10 minutes. I cannot imagine doing it by hand, even with a Crayford focuser, so it is the first upgrade I would recommend. I tried Hartmann masks and other focusing aids but the computer got better focus without help.

Around September came another partial revelation. I spent August and September and 10+ nights working on NGC7331 trying to get a really good image. Even better, it was the CCD Image challenge of the month in September so I had a good head start. My image was the best I had created so far and I was quite happy. Then someone entered the contest using effectively identical equipment and totally blew my image away. I knew that it wasn’t simply the processing. Clearly he had gotten much better original frames than I, but how? At this point I hardly imaged for the next few months due to frustration, weather, and waiting for the AP1200 that had been ordered in August to show up for Christmas.

The biggest revelation came in December, a whole 8 months after starting this endeavor. In one of the CN threads a link was given to Richard Bennion’s presentation at an imaging conference. I watched the 45 minute video and all was revealed. I learned that my collimation wasn’t good enough, my star distortion was an issue, my focus wasn’t quite good enough, and how important all of these pieces are to the final image. I removed the AO-7 to improve the overall image quality because the focus point with it was near the extreme back and without it was much closer to the middle. I spent days playing around with collimation trying to judge exactly why my stars were slightly oval and got them spot-on circular with the brightest point at the center pixel. I was finally able to get FocusMax to work extremely well and understood what HFD means and what my typical HFD values should be on good nights and bad nights.

Over January and February I spent every decent night out in the driveway practicing and tweaking each of these parameters. I was also learning how to setup and polar align the new AP1200 mount each time, every time, without fail or undo effort. I was determined not to travel anywhere until I had the basics down. The quality of my astrophotos went way up to the point where I think that I am getting about 80-90% of all I can out of the imaging rig as far as raw frames go. You would think I bought a whole new imaging system. My processing skills still need work and that will probably be the focus of the second year.

The big payoff came on the Messier marathon weekend of March 16th and 17th. My family and I were going to go to a MM star party at a dark site east of Columbus, GA on Saturday for visual work but I went down Friday night to get set up and possibly do some imaging. I had been saving my 3rd attempt at M51 for this dark site as my first two were sub-par. Eventually the wind died down somewhat Friday night and I let the system shoot 10 minute subs in LRGB while I went to bed in the tent. The results were more than I was hoping for given the conditions. See the pictures at the end to follow my progress.

After a year of experience on this learning curve, here are my suggestions to budding astrophotographers who are just starting out in the field of serious AP.

I hope other beginners find this recount of my first year useful and helps them avoid some of the mistakes I made. Following are some pictures of M51 throughout the year as I improved my skill. 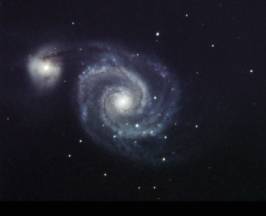 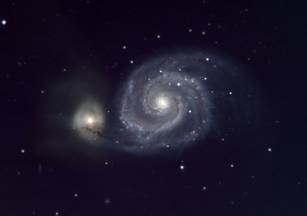 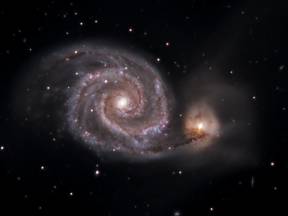