For many years I have spent time learning the Star drift method of alignment for my telescope.  Although tedious, it has turned out to be quite beneficial.  However, after wasting night after night attempting to align the telescope properly, I have found an easier way of alignment.

By modifying the photographic method of alignment to incorporate the newer technology such as CCD cameras and DSLR cameras, one can achieve an accurate alignment in just a matter of minutes instead of hours or days.

Here is what you do:

1.  Setup and align your telescope normally.

2.  Set your telescope to point due south and at 0 degrees DEC.

3.  Find a semi-bright star.  A 6th magnitude star works perfectly, but a dimmer star can be used.

4.  Insert your CCD or DSLR camera into the eyepiece holder or attach via the t-adapter.

6.  Once focused, move the star to the right hand side of the camera sensor.

7.  Set your telescope to its lowest drive speed.  Typically a guide rate mode.

8.  Set your camera software to take an exposure of 125 seconds.  The first 5 seconds is used to create a point of reference on the image.

9.  As soon as the first five seconds have elapsed, then press the W on the telescope keypad to cause the star to move to the opposite side of the sensor.

11. When the second minute has finished, stop moving the telescope.

12. After the image has downloaded, you should have something that looks similar to the image below. 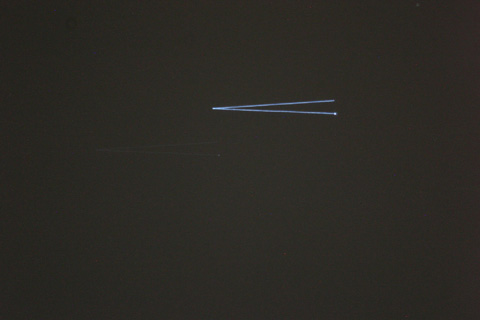 This is an initial image taken.  What you see is the angle of deviation. What we are trying to do is to make the < a solid line.  In order to correct this, we have to make some adjustments to the azimuth on the telescope mount.  Notice that the initial star point is lower than where the exposure finished.  This tells us that the telescope if pointing too far West.  So to fix this, make a correction to the azimuth control to move the telescope East.

Now, follow the same steps again.  When the image has downloaded, it should show that the angle of deviation has decreased. 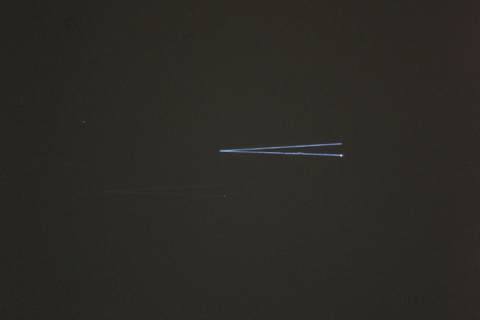 Here we have the second image taken.  Although both images look identical, the angle of deviation has decreased slightly.  I need to make further corrections to the azimuth. 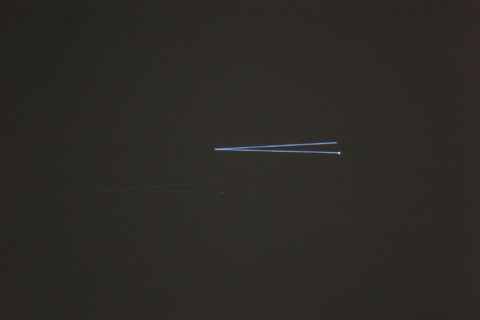 Here I have made another correction and the angle of deviation has decreased a little more.  Still needs to be corrected again. 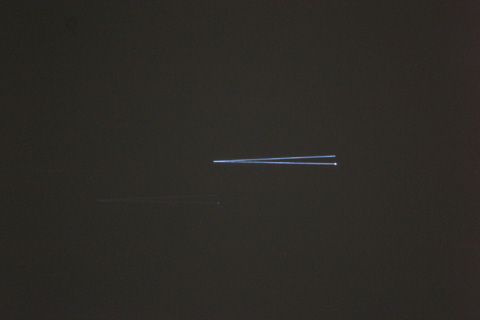 Here you can see the slight decrease in deviation over the last image.  Still need to make further corrections. 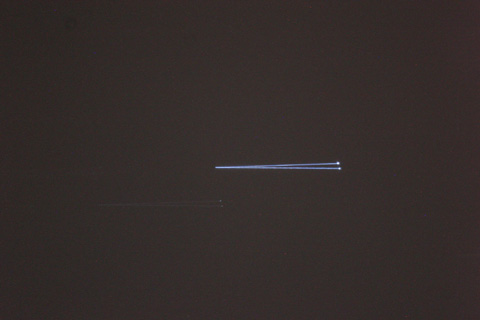 Now you can see that the angle of deviation has decreased even further.  Will make further corrections to the azimuth. 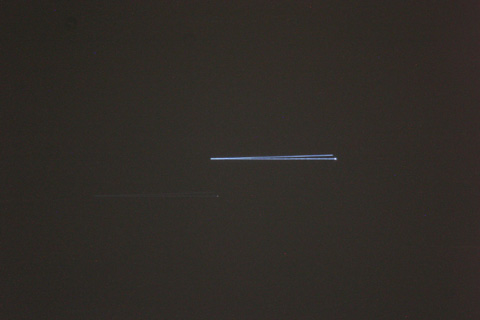 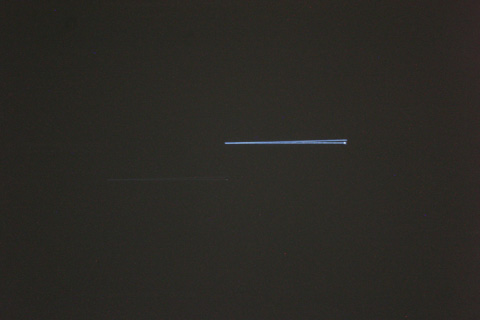 Here you can see we have almost eliminated the angle of deviation.  Make a few more corrections. 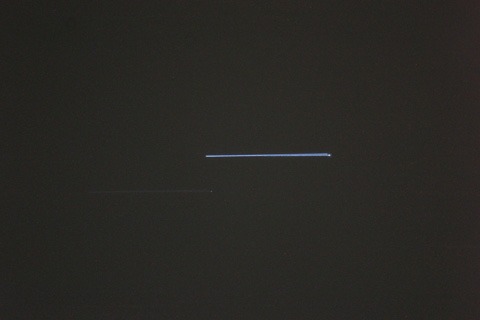 Here we are almost done, however, it is still slightly off.  Will make another correction. 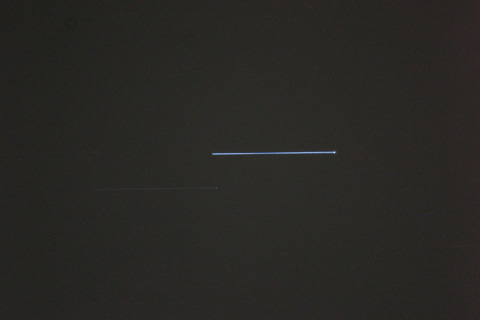 Here is a final correction.  The star trail is a single solid line.  The angle of deviation is now 0.

Once you have the azimuth fixed, you have to fix the altitude.  To do this you simply move the telescope to a star along the Eastern or Western horizon and at 0 degrees Dec.

Now that you are done with the altitude adjustment go back and double check your azimuth alignment.  If everything checks out ok, then you are finished.

The images used are a two minute exposure done for demonstration purposes.  You can increase the time exposures to increase the accuracy.

With the size of CMOS sensor and the FOV for my 8" f/6.3, you can see that I have a large area to play with.  Two minute exposures only use a small area on my camera/telescope combination.  If necessary I could increase the exposure times and go for about 10 minutes to cover the entire frame.  That would create a much more accurate alignment than a two minute exposure.

So be daring and experiment with exposures to see how long you can go and how accurate you can make your system.

(Note:  This method was used with a fork mounted telescope.  Those who use a GEM must make different corrections, however this method will work with them as well and will increase their accuracy just the same.)