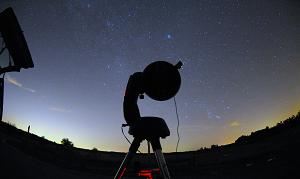 "which had a couple of hours outside chilling to ambient before observing."

Thank you for the article. It is always nice to take a break from the eyepiece, and enjoy the nocturnal "goings on" in the immediate area, and then just relax for awhile and listen. Tim

Thank you for the fine report and the beautiful sketch. Where I live there’s not much traffic to hear except an occasional car out on the highway but the night birds sing all night. Sometimes I take a break from the eyepiece, relax in my lawn chair, fall asleep and wake up later under beautiful starlit skies. Not too bad!