Several reasons prompted the construction of my observatory. First was convenience, being able to eliminate set-up time made it more likely that I would get out and observe. Central New skies are notoriously overcast, averaging well over two hundred days a year. A short walk outside enabled me to take advantage of those intermittent clear windows that often pop up in an otherwise unusable sky. Charts and accessories would always be close at hand and protected from the weather, and blocked from any wind during a session. The only instrument permanently installed is a 1990’s vintage Celestron Ultima 8. When portability is required I, have a 4 inch Astro Physics Starfire refractor cradled on a dobsonian style mount atop the unused Celestron tripod.

Since film astrophotography was a pursuit at the time of construction in 1994, being able to utilize a permanent mount that was accurately polar aligned made a lot of sense. Before the floor system was constructed, a two foot cube of concrete was poured. This was placed so that the top surface would be level with the plywood floor, but isolated from actual contact. The half inch gap was filled with foam rubber to discourage any critters from entering. I used framing lumber to fashion a hollow pier, filled it with sand to maximize damping, and bolted it to the concrete. A dedicated underground power line was run directly into the breaker panel inside the house, a distance of about 150 feet.

The floor deck was constructed with 2 x 8’s and covered with ¾ inch plywood. The deck is supported by eight solid concrete blocks that are mostly submerged in the ground. Although they are not below the frost line, I’ve never noted any degree of heaving of the structure. The facts that the ground was graded up two feet higher on the building site, and the overhang of the roof shedding water away from the foundation are probably responsible for the stability.

The walls are conventional 2 x 4 construction and support the rail system. Rails and wheels salvaged from a dismantled garage provided the means to move the roll-off roof. This is not an ideal arrangement, as the wheels are supporting the roof load at right angles to the direction the bearings are designed for. There is some flexure in the wheel shafts, no doubt stressing the bearings, but with the load distributed over such a large number of wheels this has not proved to be an issue. The entire roof assembly slides easily onto the open framework of reinforced 2 x 6’s, braced at the point of attachment and supported at the far end by 6 inch posts embedded in concrete. All of this exposed wood is pressure treated.

The roof was built in place with the wheel system attached afterwards. It is a basic ridge pole design, lacking collar ties to maintain maximum head clearance with the roof closed.The two triangular plywood gable ends provide sufficient rigidity. Cedar shingles were used to cover the half inch plywood roof sheathing as a weight saving measure, though in retrospect standing seam metal roofing would have been even lighter. Still, the system survived the infamous Labor Day Storm of 1998 intact where wind speeds exceeded 95 mph, and two window panes in the nearby house were literally sucked out of their frames. The only retaining features are the captive nature of the garage door tracks and a single dowel that prevents the roof from moving laterally. A metal ridge vent encourages air flow to prevent overheating, but also provides a convenient habitat for bees to establish their dwellings.

Most of my observing time is consumed by variable stars, primarily the long term, or Mira variety. Visual estimates are made by placing the appropriate chart on a back illuminated red light source and comparing the subject star with nearby comparison stars. All my charts are standard AAVSO issue, and all the estimates are submitted to that organization. My set of about 200 charts (several of varying scale for each star) are laminated and fill six loose-leaf binders that are stored in the equipment cabinet. 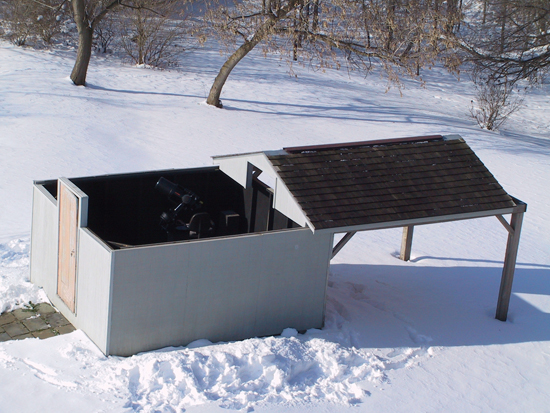 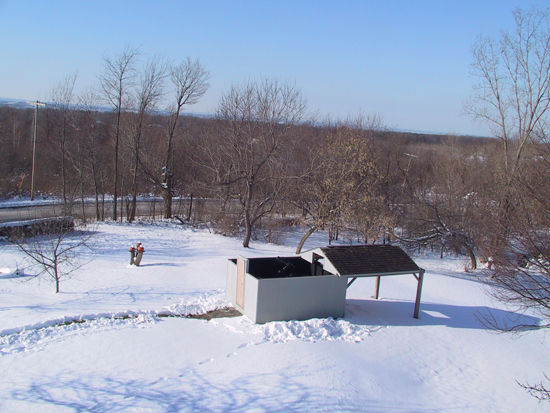 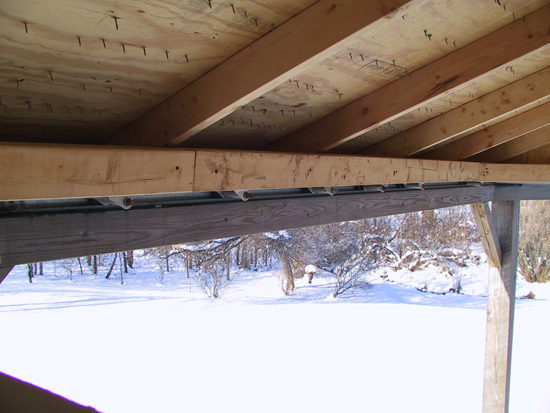 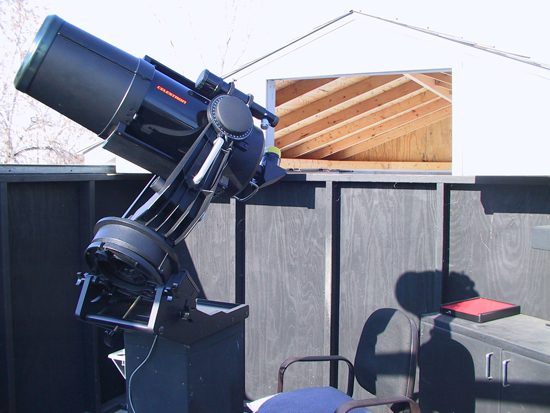 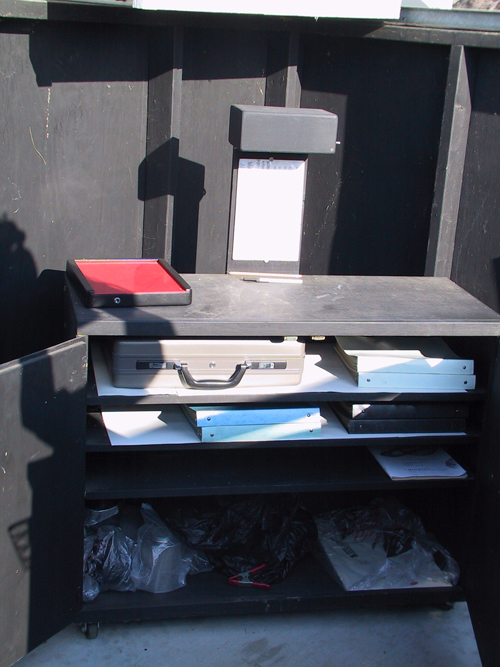 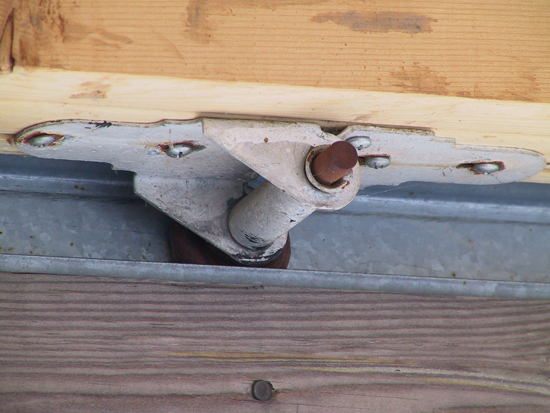 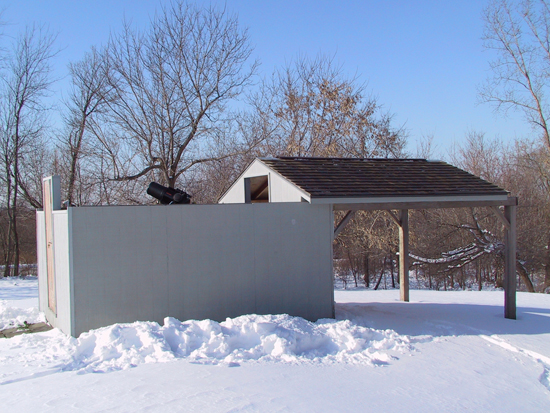