Take a look at just about any star atlas and you will find a huge, irregular cloud of ionized hydrogen suspended to the south of Mu (μ) Cephei, Herschel's Garnet Star. That's IC 1396, one of the largest nebulae in the night sky. Even from a distance of about 2,450 light years, this complex cocktail of bright glowing gas mixed with dark dust clouds spans 3° of our sky. At that distance, 3° translates to a linear diameter of nearly 160 light years, more than three times greater than the Orion Nebula, M42.

Seeing IC 1396, however, is a difficult chore owing to its large size and very low surface brightness.  Giant binoculars show myriad stars scattered across the region, but actually seeing evidence of the cloud itself is another matter.  Small scopes can resolve several double and multiple stars here, notably the triple system Struve (STF) 2816 and binary Struve (STF) 2819.  But again, evidence of the cloud proves hard to pin down.

Instead of trying to see the entire HII region, this challenge focuses on a particularly intriguing feature found within.  Of the many pockets of dark nebulosity swirling inside IC 1396, the most captivating has to be the twisted globule known as the Elephant's Trunk.  The Elephant's Trunk Nebula, set to the east of the cloud's center, is an example of a "composite nebula"; that is, a mix of all three types of intergalactic clouds: emission, reflection, and dark. It spans 13'x5' of sky, which translates to an actual length of more than 20 light years.

The Elephant's Trunk is often misidentified as van den Bergh 142 (vdB 142), from the catalog of reflection nebulae compiled by Canadian astronomer Sidney van den Bergh.  The van den Bergh list was originally released in his paper "A Study of Reflection Nebulae" published in 1966 (Astronomical Journal, 71, 990-998). Van den Bergh's aim back then was to create an inventory of "all BD and CD stars [referring to Bonner Durchmusterung and Cordoba Durchmusterung astrometric star catalogs, respectively] north of declination -33° which are surrounded by reflection nebulosity."  Using those catalogs, van den Bergh examined the Palomar Sky Survey photographic plates for reflection nebulae surrounding embedded stars.  He ultimately found and listed 170 such objects.

But the Elephant's Trunk was not one of them.  Number the van den Bergh list actually refers to a small reflection nebula adjacent to the 9th-magnitude star SAO 33573 that overlaps the Elephant Trunk, not the Trunk itself.  Instead, it is correctly cited as IC 1396A.

Regardless of the catalog designation, the Elephant's Trunk certainly lives up to its nickname, with its long, prehensile silhouette stretching for about 17' from east-northeast to west-southwest.  The most obvious segment, the rounded eastern end, extends about 4' to the east of SAO 33573.  Many comment on its resemblance to one of the famous Pillars of Creation in M16.  Here, as there, the nebula appears as a silhouette surrounded by the gentle glow of starlight reflecting off a multitude of cosmic dust grains.

Like the Pillars of Creation, the Elephant's Trunk contains many protostar globules.  These regions of dense, cold gas and dust can be thought of as celestial maternity wards.  As new stars form from the dust and hydrogen within, radiant pressure will slowly open this stellar womb to reveal a newly formed open cluster.  The first signs of birth are already evident in the form of a faint double star implanted 2' east of SAO 33573. Infrared images taken in 2003 also recorded several other young stars that formed within the past 100,000 years.

Despite the Trunk's length, expect to use about 100x to bring out its delicate outline.  Even under the darkest skies, the nebula will still require a narrowband filter.  Tapping the side of your telescope ever-so-slightly will also help reveal its faint outline.  If you see its subtle profile, try to spot some of the subtle structural intricacies that record so beautifully in photographs.

This deep-sky object wasn't nearly as impressive looking through the 14.5" Starmaster as it had been through the 30" Tectron but I could certainly discern its namesake shape.

I have seen the faint glow of the IC 1396 complex In my 100mm f/6 refractor with the Lumicon UHC filter, and noted some of the vague dark inclusions and a vague irregular lane or two when using that narrow-band nebula filter in my 9.25 inch SCT at 59x, but identifying even exactly where the actual Elephant's trunk is located is difficult.  The dark inclusion into the northern part of the nebula and another into the south edge are much more prominent than the smaller western one which has the Elephant's trunk off its eastern end, but it is worth a scan.  If it ever clears up here, I may have to go back after this one in my 14 inch Dob to see what can be seen.  Clear skies to you.

The Elephant Trunk definitely takes some work. Here is my recent attempt in HHOO 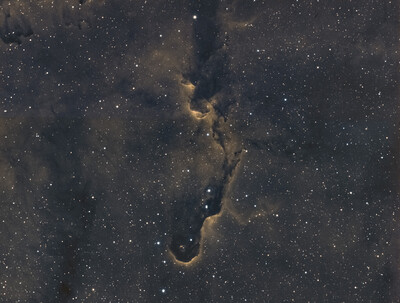 I kinda gave up observing from my light polluted backyard but my camera/cdk resolves plenty. I’ve been working on this for a while now, just finished the O3 capture but lacks processing. Ha here, details in link below: 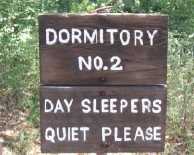 I finally got a good look at this whole complex a couple of years ago in my 16" scope with UHC filter and 31mm eyepiece.  It's one of the tougher RASC challenge objects.  A tough one to sketch with so many dark patches interspersed throughout the field.  Thanks Phil for the helpful pointers on viewing this nebula. 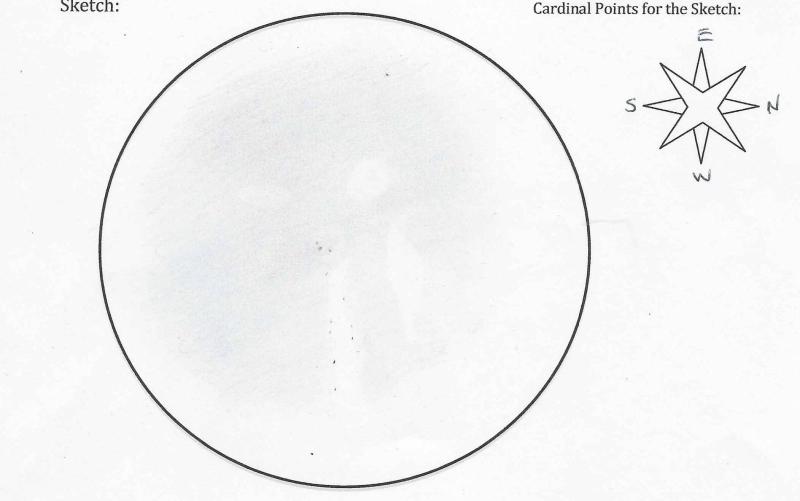 I got interested in this object in late summer and managed to get 3 hours of light frames before I got socked in by clouds. This was taken at new moon from a Bortle 7 suburban backyard using a light pollution filter during the image capture process. Like all astrophotographers, I wish could have captured more light frames.  Oh well, next year. 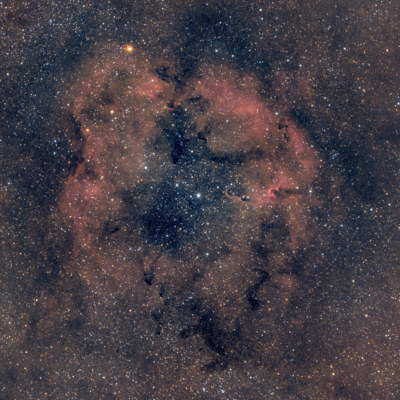