C/2018 V1 (Machholz-Fujikawa-Iwamoto) was discovered on Nov. 7, 2018 in Virgo and rapidly ascended from 14th to 7th magnitude. It was closest to Earth at 62 million miles above our orbital plane on November 27th and is expected to move from Ophiuchus to Sagittarius in December. The comet will reach perihelion on December 3 when it will be only 36 million miles from the Sun and may approach 5th magnitude even though it will be lost in the glow of the Sun and not visible from Earth.

Comet 46P/Wirtanen (2018) is the Christmas Comet which will remain in southern hemisphere skies until the 10th when it may approach ~ 4th magnitude before reaching perihelion on Dec. 12th in Taurus. It will be closest to Earth on the 16th and will remain bright through the Christmas season. It is a short period (5.5 years) comet from the asteroid belt and its exceptionally close approach to Earth of 6.8 million miles may result in several weeks of naked-eye visibility from dark skies.

Comet 38P/Stephan-Oterma (2018) in Gemini is at its peak brightness of 9th magnitude between Gemini and Lynx. It is a short period comet (38 years) orbiting the Sun from the Kuiper Belt beyond Uranus.

Despite the dust free Martian atmosphere, efforts to resume communication with the Opportunity rover silenced on June 10th during the recent planet-wide dust storm have been unsuccessful to date.

On November 26, the Insight lander set down on a 4° slope on a lava plain named Elysium Planitia. So far, all systems are go and the solar panels are charging the batteries at a rate not previously achieved by any Martian lander. Once they are completely charged, detailed imaging will proceed in order to gather data necessary to plan for the lander’s main missions—drilling into the surface to determine rock composition at a depth of 16 feet, and embarking on a seismic study of the deep interior of Mars. Information gained will aid understanding of Martian evolution and how it compares to that of the Earth.

The Curiosity Rover has two redundant control computers which are, amazingly enough, designated Side A and Side B. Side A was engaged after the initial landing but five years ago, on the 200th day of operations, it experienced hardware and software issues and JPL switched over to Side B. Issues on Side A have since been isolated and recent Side B difficulties in storing science data in long-term memory is preventing the storage of the rover's event records, a journal of all its actions that engineers need in order to make diagnoses. As a result the rover was switched back to Side-A computer on Oct. 3rd. Curiosity's engineering team at NASA's Jet Propulsion Laboratory continues with diagnosis of the anomaly on the Side-B computer.

After more than two weeks of science operations since the switch, the mission is back in business with the latest 60 meter drive. The team plans to drill a new target later this week.

Mars (0.0 to 0.05) in Aquarius and Pisces and Saturn (0.5) in Sagittarius are the bright evening planets in the southern and western sky. After the Sun sets in early December, Saturn shines near the horizon in the southwest and will be about 1° from the waxing crescent Moon on the 8th. Best viewing is after dusk during the first two weeks of December. Mars, higher in the south, brightly surpasses the surrounding stars in Aquarius. The waxing crescent Moon will be 4° south of Mars on the 14th. Best viewing for Mars is in the early evening during the first half of December before lunar glare interferes.

Neptune (+7.9) in Aquarius and Uranus (+5.7 to +5.8) in Aries rise during midday and set before and after midnight respectively. The waxing crescent Moon passes within 3° of Neptune on the 14th and the waxing gibbous Moon is 5° from Uranus on the 17th.

During December, Jupiter (-1.6) moves from Scorpius to Ophiuchus in the pre-dawn eastern sky but will rise just before the Sun during the first two weeks of the month after it’s conjunction with the Sun on November 26th. In late December it rises an hour before the Sun. It is slightly over 3° from the waxing crescent Moon on the 6th and less than a degree south of Mercury on the 21st when it appears over 3 times as bright as the tiny inner planet.

Mercury (+2.3 to -0.4) will be low in the southeastern sky in Libra and Ophiuchus before sunrise in early December and will be within 2° of the waning crescent Moon on the 5th. It reaches greatest western elongation of 21° from the Sun on the 15th and then drops back into the glow of sunrise in the latter part of December.

Crescent Venus (-4.5 to -4.4) is in the predawn sky in Virgo and Libra in December. Venus rises about 4AM EST and is brightest on the 1st. It dims slightly during the month as the crescent thickens. The waning crescent Moon will be 4° from Venus on the 3rd at 2:00PM EST.

The December Solstice is at 5:23PM EST on 12/21. At that time, Earth arrives at the position in its orbit where the north pole of the Earth’s axis is tilted away from the Sun which appears at the zenith at solar noon at latitude 23.5°S latitude. At 45°N latitude the Sun is 21.5° above the southern horizon at solar noon on the shortest day of the year. On the solstice the Sun enters the astrological sign of Capricornus when it is really in the constellation Sagittarius! Astrological signs are based on the Zodiac which is the collection of 13 constellations through which the Sun appears to move during the year. Even though Ophiuchus is one of the 13, it was not ever recognized as a Zodiac constellation or Astrological sign because the Sun’s appearance in the constellation is limited to 19 days each year.

The New Moon of December on the 7th at 2:20AM EST is the beginning of Lunation 1187 which ends 29.24 days later with the New Moon of January on the 5th at 8:28AM EST. The Full Moon on the 22nd at 12:49PM EST is known as the “Moon before Yule” or “Long Night Moon”. Colonial Americans called it the “Christmas Moon” and Celts called it the “Cold Moon”. Chinese refer to it as the “Bitter Moon”. It was the “Oak Moon” in Medieval England. Anishinaabe (Odawa and Ojibwe) people recognize it as “Manidoo-Giizisoons” (Little Spirit Moon). 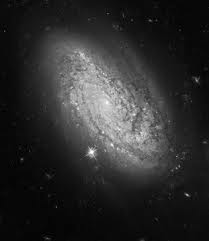 Thank you very much for taking the time to put this together, Dick. Now if we could just get some clear skies here in central, NY.