The Skies of September

9th magnitude Comet C/2020 F3 (NEOWISE) is in Virgo in early September. It is orbiting sub-parallel to the ecliptic and will be in Libra at the end of the month when it will drop to 12th magnitude. After reaching almost 1st magnitude in July, it dimmed while departing from the inner solar system. The next best observation opportunity will be in about 6000 years.

Comet C/2020 M3 ( ATLAS ) is approaching 10th magnitude in southern hemisphere skies in Fornax and Eridanus. It is at perihelion on October 25 and will move into northern skies in November when it may reach 9th magnitude when it is closest to Earth on November 14.

InSight landed on Mars in November 2018 and set up its seismometer. It detected a quake in April, 2019 and has detected over 450 “marsquakes” so far. The seismometer data permitted scientists to determine depths to the boundaries between the internal layering of Mars and yielded preliminary information about the composition of the deep layers. The weather instruments in the lander were put into safe mode on August 16 while scientist attempt to evaluate why they were not providing data to the computer for later transmission to orbiting spacecraft. Insight’s heat probe is a 16-inch-long (40-centimeter-long) spike “mole” equipped with an internal hammering mechanism. After months of failed attempts to successfully drill to a depth where internal heat can be measured, mission scientists developed techniques which allowed limited success in June and July. The mole has since has had less success causing mission scientists to investigate further techniques for continuing the drilling process. The subsurface is finer grained and much more compacted than initially expected and produces less friction with the sides of the hole. This causes the mole to bounce instead of digging deeper with each hammer blow.

Curiosity is on the border Glen Torridon, the clay-bearing unit in the valley adjacent to Vera Rubin Ridge on 16,404 foot Mt. Sharp at the center of Gale Crater, the ancient remnant of a massive impact. On Sol 2830, the rover arrived at the next drilling site named after Mary Anning who discovered the first full Ichthyosaur and the first Plesiosaur on the southern coast of England and whose early 1800’s discoveries were appropriated by now nameless male scientists. On Sol 2839 (August 2, 2020), Curiosity‘s 27th drill hole was completed on the Mary Anning outcrop and the drilled sample was examined to ensure that it was good enough to deliver to CheMin and SAM for analysis. SAM analysis generates gases which are analyzed for organics. ChemCam chemical measurements of the drill hole were also planned in order to document rock chemistry at depth. Mastcam multispectral and ChemCam passive observations of the drill tailings also yields a complementary spectral assessment of the mineralogy of the drilling powder. Results of the detailed analysis performed on the drilling products at the Mary Anning outcrop convinced mission scientists to conduct another drilling which was completed on September 2 (Sol 2872-2873). The results were so intriguing that they plan to utilize the limited supply of tetramethyl ammonium hydroxide on the drillings to concentrate any organic molecules to detectable levels.

The equinox is at 9:31AM EDT on September 22nd. On the equinox, the axis of the Earth is at right angles to a line between the Earth and Sun and is tilted in the direction of motion of Earth in its orbit. This results in 12 hours of daylight and 12 hours of darkness everywhere on Earth and marks the start of autumn in the northern hemisphere.

The equinox also coincides with higher frequency of northern lights displays due to intensified flow of charged particles from the Sun. Although not fully understood, this may be due to favorable orientation of Earth’s geomagnetic field relative to that of the solar wind magnetic field at that time of year. The resulting positive interference of geomagnetic and solar wind waves may increase the cascade of ions which excite atoms in the atmosphere above Earth’s magnetic poles, causing them to glow. Unfortunately, the current low in the 9 to 11 year solar sunspot cycle which results in a mostly quiet Sun may limit the possibility of any significant auroras, but hope remains eternal.

In early September, Mercury (-0.5) is buried in the Sun’s glow as it sets less than an hour after the Sun. It will set later each day of the month and will rise slowly out of the glow as it approaches greatest eastern elongation in early October. Jupiter (-2.4) and Saturn (+0.3) in Sagittarius dominate the southern evening sky and set in the wee hours after midnight. Neptune (+7.8) in Aquarius rises after sunset and Mars (-1.1) in Pisces, makes its appearance by 11:00PM EDT. Uranus (+5.7) in Aries rises before midnight EDT and Venus (-4.1) in Gemini begins its predawn dominance about 5:00AM EDT.

Mars makes a major jump in apparent size and brightness in September as it approaches Opposition in October. At the 2020 opposition Mars will be slightly beyond its perihelion (closest to the Sun) which occurred on August 3. Earth was at aphelion on July 4, so Mars will be at a relatively close 38+ million miles (~83% of its current distance). The apparent diameter of Mars will increase about 17% between now and October, making the disk appear almost 40% larger than it is currently and brightness will more than double. Mars is an awesome sight through even smaller telescopes and will get better and better as October draws near. Mars will rise two hours earlier on September 30 when it will be brighter than any other evening planet or star.

The New Moon of September 17 at 7:00AM EDT is the beginning of Lunation 1209 which ends 29.75 days later with the New Moon on October 16 at 3:31PM EDT. The Full Moon of September is on the 2nd at 1:22AM EDT. It is commonly known as the “Fruit” Moon. September’s full moon is not a candidate for “Harvest Moon” this year because the full moon closest to the Autumnal Equinox on the 22nd receives that honor, making October the winner this year. In colonial times, before definitions changed, September hosted the “Harvest Moon”. In Medieval England, the September full moon was the “Barley Moon.” Celts named it the “Singing Moon” and the Chinese call it the “Chrysanthemum Moon”. Anishinaabe (Odawa and Ojibwe) people recognize it as “Waabaagbagaa-giizis” (Leaves Turning Moon). 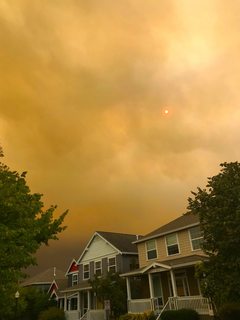 Very nice summary for the September skies and more, thank you Dick Cookman.