While not extensive I have enjoyed astronomy for the passed 10 years or so and have owned or used a variety of binoculars and telescope with the most time spent behind a C8 and Nikon 10x50s. Having, in the past, used a spotlight to show the constellations and stars at the educational programs I have helped to present and finding it cumbersome at best I followed with interest the introduction and growth of lasers designed for use in astronomy. After watching the quality of hand held lasers rise and the price drop and with a freer budget for astronomy accessories I purchased the Jasper APC laser in October of 2009, a legal, <5 mW laser.

I have no affiliation with Jasper and bought my laser through them as anyone else would. The price of the APC can vary quite a bit but can usually be found on sale for about the price of most generic branded lasers. The reason I choose to buy the APC versus the generic brand was the small business behind the laser, a regulated power supply and hearing of many happy customers. Ordering was easy and fast but I received no confirmation for the order as normally expected. After a couple of tries the confirmation was easy to get vie a phone call and the company representative enjoyable to talk with. The laser arrived in its case surrounded by a sheet of the large bubble, bubble wrap and packed in a 4x4.5x9.5 inch cardboard box. The package was light, well secured and in good condition after a trip of many miles.

The APC is a 'pen' style laser that is made from some type of metal (my guess is painted brass) and comes with a protective plastic case that has a separate compartment for the batters, for when the laser is not in use. Pictures of case and the laser along with the physical measurements of the laser can easily be found on the Jasper wed site so I will not repeat needless information here. Besides the plastic protective case, 2 AAA alkaline batteries where also included with the laser. The APC came with everything needed to get started with use in astronomy except some instructions, not that a lot of instructions are needed to use a laser, but a word on how the batteries are installed might save Jasper from a few frustrated phone calls and possible even a few returns. In the end, as is typical of lasers, the negative pole of the battery goes down chamber first. I don't think you need to worry about harming the laser module if you, in the dark, install the batteries reversed because when I purposefully installed the batteries with reverse polarity no apparent harm was done so I assume the electrical circuit is protected.

The laser operates with a simple, – push for on – release for off –, switch and has a moderately bright beam of light in the typical night sky of western Pennsylvania. Since the visibility of the laser depends on the darkness of the sky and the number of air-born partials found in the sky I have don't know how it would work out elsewhere but I guess visibility would be just fine, especially after giving time for the eyes to adapt to the dark. Shining the laser onto a piece of paper during the day show a nice small, round beam of light that has minimum scattering and no useless and ugly light artifacts around the edges, all sign of a good laser.

The biggest selling point of this laser is the 'Automatic Power Control technology' as Jasper calls it, or APC for the shorten version. Here is the scoop in Jaspers own words;

For the astronomer this means that the laser can be used for longer periods of time and in cool weather without burning out or losing beam strength. Under normal night sky with constant use of less then one minute the beam remains bright and visible. To test the cold weather capabilities of the Jasper APC I employed a camera, thermometer and a fringe/freezer.

With the camera on a tripod and I shown the laser onto a piece of paper taped to the wall 6 feet (1.8m) away and took pictures of the projected beam at different temperatures. The photos are all taken at the same exposer setting, then inverted for easier viewing and finally cropped (600x400) and reduced for web use. I am looking for any notable visible dimming of the light when the laser is cooled to a lower temperature. The first test (shown below) was taken at a temperature of 66 deg. F (18.8C). As expected there is no problem here, the beam appears nice and bright and easy to see. 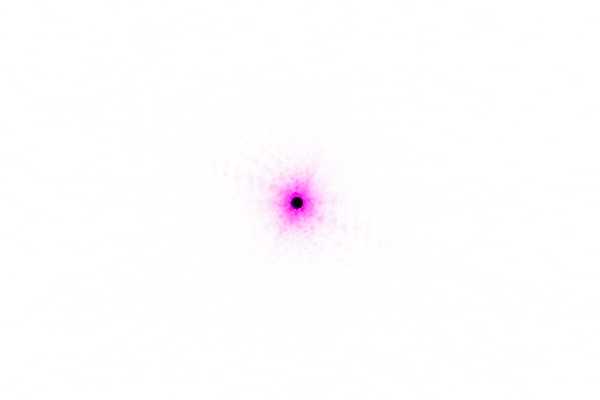 The second test picture (shown below) is taken after the laser, including the batteries (supplied Toshiba alkaline), was chilled to 40 deg. F (4.4 C). When first turned on there was a slight dimming visually that disappeared by the time I got my hand the camera trigger. We still have good bright beam although not with as much intensity. 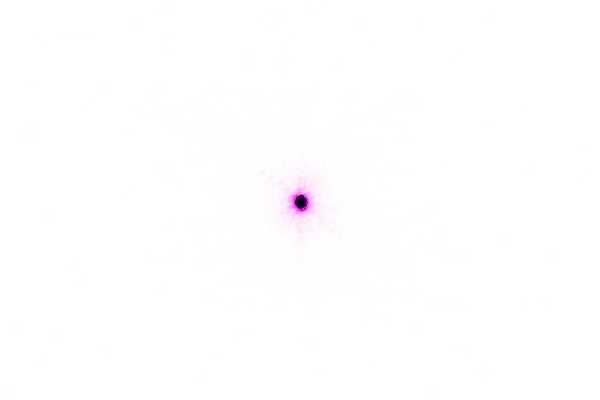 The third and final test the laser and batteries where frozen at 3 deg. F (-16.1C). After retrieving the laser from the freezer I turned it on and got nothing but a very dim light, hardly brighter then a key-chain LED, with in 10 seconds the laser grew considerably brighter and the picture that follows was taken. 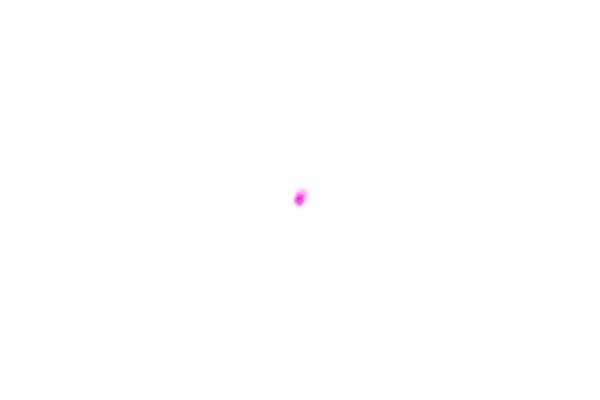 Clearly, in this last test, we have the laser dimming to a brightness level that not really useful to the astronomer. Before we say the Jasper APC laser is no good let me hasten to say that this test only focused on the laser in one situation and field use still finds it a useful tool at all temperatures that observing is being done. In fact it could be argued that the test is not really useful because of battery type or condition. Another probability, for at least some of the dimming, is frost created in the freezer or condensation formed when moved from a 3 degree F freezer to a 66 degree F room. As mentioned before I have found that laser to work fine in the field where I have tested it down to 25 deg. F. Even at 25 deg. F I still kept the laser in an outside coat pocket with no adverse affects. For our fellow astronomers who live in the polar zone and want to leave the laser fasted to their telescope at subzero weather they will probably need to think about some type of heater, but for most astronomers the laser will last as long as they will in the cold.

In conclusion the Jasper APC laser has and will continual to be used by me for instruction of the night sky and pointing the telescope. It meets all my use requirements and budget. It appears to be quality built and works as lest as good as most of the generic branded lasers out there. If you are looking for a laser for use in astronomy I would, at the time of this writing, recommend the Jasper APC be on your list for consideration.