My interest in astronomy started when I was 15 and saw Haley¡¯s comet through a pair of Bushnell binos. I had always wanted to buy a telescope but growing up in light and particulate polluted Bombay (now Mumbai), I gave up all notions of pursuing the hobby. Then in grad school in a small town and away from the madness, I picked up a 60mm Meade refractor that I enjoyed using on brighter planets and moon. I purchased a Zhumell Z10 two years back in an effort to revive my passion. I am an environmental scientist by profession and have been living in Mason, Ohio for 10 years. I tried to use my scientific background while evaluating the filters. Although I use a Zhumell telescope, I shall try to give a fair review using elaborate scientific testing and avoid bias. Also this is my first scientific article in astronomy, so excuse me if I do not sound technically correct. I cannot do an apples to apples comparison because I do not own Baader, Lumicon or any other filter for that matter.

A few cups of coffee

After a lot of deliberation, I purchased a 2¡± Zhumell filter set on 09/18 from telescopes.com. They have an introductory sale going on and at $150 a set, the price was irresistible. You could spend as much for just one filter from other manufacturers. It arrived neatly packaged on 09/23 by UPS ground. Then came the standard curse in form of clouds and rain, humidity and dew. I did get a chance to do some field test with the filters. More about that later.

The filters were scanned at 1nm/sec at wavelengths 200-1100 nm using Shimadzu UV1601 spectrophotometer. As expected, glass blocks UV and there was no transmission in 200-320nm range. The scan results on Shimadzu were cross checked using a Hach DR4000 spectrophotometer and the scans agreed extremely well. Eventually, the Hach spectrophotometer was used because of ease of removal of cuvette holder and placement of filter in optical path for testing. Five replicate scans were made 1 cm off the center and at positions shown in the first figure. The resulting spectrographs are result of 5 replicate scans each and because of excellent agreement between replicates, the spectrographs have virtually overlapped and cannot be discerned. 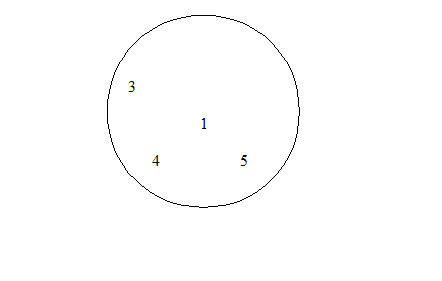 I was pleasantly surprised by the results. As seen in the graph, the filter showed very little transmission in 570-590nm range, the primary wavelength for low and high pressure sodium vapor lamps (used in street lighting). In case of mercury vapor lights though, except 579nm line, other emission lines were not attenuated by the filter. Overall about 25% of the light was filtered and hence moonlight (which has a spectrum similar to sunlight) will only be partly attenuated. I wish it had blocked the major Hg-vapor emission line at 546nm but I have been pleased with the filter. If Zhumell improves the filter to block ¥ë546 and ¥ë435 lines, it will be truly an exceptional filter. I am not sure if there is a filter that blocks both Na-vapor emission lines at 590 as well as Hg-vapor emission lines but would like to hear from other owners/users about their version of LPR.

In the field though, the skyglow filter performed very well. On Jupiter, I could clearly make out extra contrast and details with the filter that I normally need darker skies to perceive. For example, the GRS was easier to see and the orange colors looked a touch more pronounced and vibrant. On M13, M27, M57 it did not improve the views much but, made the background a tad darker making the view more pleasing. Even a not-so-exciting object like Vega made me stay at the eyepiece longer. Actually, the improvement was similar to what I obtained after I flocked my telescope¡¦. if it gives a better idea of what to expect with the filter on. I wish I could give a more detailed report but the weather has played spoilsport.

Fig 2: Spectrograph of Zhumell LPR filter on Hach DR4000 spectrophotometer. To obtain baseline, air was scanned prior to placing filter in optical path. The graph is result of 5 replicate scans overlapped

UHC filter performed exactly as it should. It blocked most of visible spectrum except a 25nm bandwidth in 480-505nm and partial transmission in the violet-indigo region of the spectrum. On ring nebula and dumbbell nebula, the views were dramatically improved. I liked the UHC filter better than the OIII filter on ring nebula for instance because the background was not lost by the narrower bandwidth of the OIII

I saw NGC7000 (North American nebula) for the first time using UHC. I have seen Deneb so many times but never imagined the splendor nearby. With my light polluted burbs, I could not make out colors in the nebula but did not expect it anyway with a 10¡± instrument.

OIII filter looked okay on ring nebula but I must admit I was disappointed. The lab test revealed why. At desired ¥ë501 and ¥ë496 nm for OIII lines, transmission was just 68% and the ¥ëmax (wavelength at which maximum absorption, or in this case transmittance occurs) was at 510 nm where transmission was 88%. The bandwidth was okay but I wish the entire spectrum was skewed 10nm to the left. There is a caveat while reporting transmission data. I used air for my baseline. Using 2mm polished Zeiss uncoated optical quartz cell for baseline (to simulate uncoated 100% transmission glass), I got better transmission of 78% at the desired wavelengths. I am not sure if Lumicon/Baader/Televue use air as blank for testing or use 2mm uncoated glass. Zhumell OIII filter passes only 75% as much light as Lumicon OIII (data obtained from Lumicon website). The Zhumell UHC filter passed more OIII wavelengths than the OIII and that might explain why UHC performed better than OIII on the nebulae tested. I repeated the experiment with OIII filter several times and at slower slew rates (0.5 nm instead of 2.0nm) but got identical, reproducible and similar results.

I did not test the variable polarizer but in field it looked good on moon and reduced glare and intensity to make the view more pleasing.

The skyglow and UHC filters met or exceeded my expectations. I wish the OIII filter was better in isolating doubly ionized oxygen lines at ¥ë501 and ¥ë496. It still transmitted 68% of the light and was halfway decent on the aforementioned nebulae. The views were generally better than without filter if it makes sense. I am not sure if I got a bad filter because at $37 a filter ($150 for the entire set), I am not sure if QC experts at Zhumell manufacturing plant check each filter prior to shipping. It is not uncommon for ¥ëmax to get skewed to the right at higher concentrations. In other words, The Zhumell filter isolated ¥ë510 line instead of ¥ë501 because the filter coating was heavier than intended. A surprising bonus however was 80% transmission of singly ionized oxygen line OII at ¥ë373nm. Recommending the set would have been a no-brainer had the OIII filter performed as intended. If you are an amateur and in the market for a decent starter filter set for making DSO seeing easier, the Zhumell set is very attractively priced, is a heck of value, and will meet most of your needs. If you are a dedicated DSO nut needing better OIII filter, please look elsewhere.