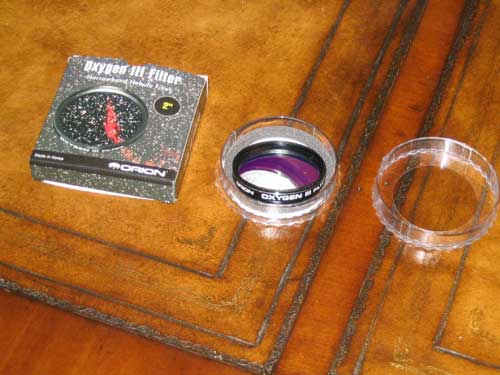 Disclaimer: I have no undisclosed interest in any vendor mentioned herein.

I have been an avid amateur astronomer for more than 25 years. Over these decades I have owned more telescopes than I can remember. Many of these scopes I built. I like to make all the parts that are reasonable. This means I don't push glass but all scope parts except optics are fair game to be constructed in my basement wood working shop. The biggest scope I have built was a 12.5-inch dob. Currently I have a modified 8-in Celestron StarHopper, a self made 6-in f/10 dob, a C102f apo refractor, a 4-in f/6 achromatic refractor, a 70mm TeleVue Ranger and a few other smaller refractors. I live in East Tennesseee. Enough about me.

About 15 years ago our local astro club hosted a public observing session at Natural Tunnel State Park in southwest Virginia. The Park visitors were wowed by the views of Saturn, Jupiter, M13 and other deep sky objects. After the crowd thinned out we club members started viewing other objects at a more leisurely pace. One guy turned his 10-inch dob to M27, the Dumbbell Nebula. As expected the nebula was definitely brighter and showed more detail than I was used to seeing in my 8-inch newtonian. Then he took an Oxygen-III filter, screwed it into the threaded barrel of the eyepiece and reinserted the eyepiece. “Now take another look”, he said. I did and my jaw must have dropped in amazement. The nebula appeared much larger and more detailed. It was almost a sphere rather than the traditional bow tie shape. The background stars were much more subdued but I hardly noticed. That night I decided I had to get an O-III filter.

At the time the only company I was aware of that was selling O-III filters was Lumicon. A 1 1/4-inch filter was $99 and a 2-inch filter was $199. Only having telescopes with a 1 1/4-inch focuser at the time I ordered the smaller version and have been very pleased with it over these years. But how do these things work?

LPR, or Light Pollution Reduction filters block the most common wavelengths of the light glow we often call “light pollution”. Most of this offending light falls in the visible spectrum from 550 to 630 nanometers. LPR filters allow most wavelengths of light from celestial objects to pass through. Thus, by using a Light Pollution Reduction filter you will get an overall dimmer view through the eyepiece but the image will show more contrast. This will allow even a moderately experienced amateur astronomer to enjoy a more detailed view of galaxies, star clusters and nebulas. If you live or observe in an area of low to moderate light pollution a broadband filter is the ticket. This allows the maximum amount of light from deep sky objects to pass through. If your observing site is more severely light polluted you might want to obtain a narrowband filter. One of these will provide an ever higher contrast gain. The ultimate in selective filtration are the line filters. The most versatile filter in this group is the Oxygen III, more commonly called the O-III. It allows almost all of the light to pass through that transmits at the spectral lines of 496 and 501 nm while blocking nearly everything else. These spectral lines happen to be where you find the most light from nebulas, especially planetary and emission ones.

My two 4-inch refractors each have 2-inch focusers and diagonals. For some time I really wanted to obtain a 2-inch O-III filter to use with these scopes. However, the price was still high. Enter Orion Telescopes and Binoculars to the rescue! Last year they started selling 1 1/4-inch O-III filters for $89.95. The 2-inch version was priced at $139.95. Very reasonable. The ad copy said something that made me think twice: “...the O-III filter is recommended for telescopes of 8" aperture or greater...”. Hmmmm. Yes, I have heard many times that the O-III is so restrictive that it is not really useable in a small scope. Since I like to experiment around and may some day have another bigger reflector with a 2-inch focuser (can someone say “LightBridge”?) I asked Santa for a 2-inch O-III filter for Christmas. Santa delivered right on schedule.

The filter came in a round protective plastic case. It seemed to be well made. Both internal and external threads were clean. The writing on the filter indicated it was made in Korea. Orion also included documentation that this filter's visible light transmission peaked at 496 and 501 nm. I could hardly wait to try it out.

Naturally the cloud gods played havoc with the skies for a week after Christmas. Then, on New Year’s day, the weather appeared to moderate. It promised to be warmer and clear until late that evening. As darkness approached I set up my 4-inch f/6 refractor on the concrete driveway under a sky that featured an extremely thin crescent Moon and a bright Venus. About 30 minutes later the sky had turned decently dark, the Moon had set and the telescope was cooled. Almost none of the neighborhood holiday lights were turned on. The Milky Way was visible so the transparency was decent.

I threaded the Orion 2-inch O-III filter into a 32mm wide angle eyepiece to get 19X and a 3.5+ degree true field of view. The scope was swung over to Vulpecula to frame M27, the Dumbbell Nebula, the first object I had ever seen through a line filter. The nebula was smallish but very distinct. Very few stars were visible. After removing the filter M27 almost disappeared with the sky glow and starry background. Hmmm. It looked promising using this filter with a scope that collected only about 1/4th the light grabbed by an 8-inch. I was encouraged and decided to swing the scope to the Cygnus area. The red dot finder indicated the scope was pointed near Deneb. I looked through the eyepiece and was shocked to see the star Deneb and NGC 7000, the North American Nebula, in the same field of view! This is a huge emission nebula that is approximately 120 x 200 arc minutes in size (about 4 x 7 Moon diameters). It is pretty easy to see in a real dark sky but because of it's low surface brightness I had never seen it before from this neighborhood. I have searched for it with the 8-inch but the widest field I could muster was just 1.15 one degree, about 70 arc seconds. Having the entire object in the eyepiece definitely contributed to the experience of capturing a difficult nebula visually in a moderately light polluted environment.

I have used the Orion 2-inch O-III filter several times since. I even compared it to a Lumicon O-III 2-inch filter that I borrowed from the observatory at the local university where I teach astronomy labs a couple of nights each week. I cannot say this was anywhere near a controlled scientific experiment but to my eyes the two filters performed equally well.

So, if you don’t already own one, should you invest in a light pollution reduction filter? I have a narrowband filter and use it occasionally. I use my O-III filters very frequently. My recommendation is that an O-III filter should be in every amateur astronomers eyepiece box. The Orion 2-inch O-III filter is also very attractively priced.