The optics on my Vixen ED80Sf refractor were sufficient for my wide-field imaging needs, but I soon found that the weight of my Canon 40D DSLR was too much for the stock Crayford focuser. With no locking mechanism I would lose focus over the course of a couple of hours. Therefore, I started the hunt for a replacement. My requirements for the focuser were fairly simple:

On the short list were the GSO Dual Speed MicroFocuser, Moonlite 2” Crayford (Synta) with options to meet my criteria, Starlight FeatherTouch 2.0” Dual Speed, William Optics 2” Synta focuser, and JMI Event Horizon EV-1r. I did initial research by comparing prices and basic focuser properties as shown below:

Based on the price, weight capacity and feedback from others, I decided to order the JMI on September 25th, 2009. The first thing I liked about the JMI was that the $350 covered all of the options I needed. With the Starlite and Moonlite, I would have had to start with the base model and add options to come up to the same level of functionality as the JMI. This may be misleading to potential customers who think they can get a Moonlite for $275, but don’t realize that it is a $125 option to add a dual-rate control with a shaft lock, or that adding motor control later on requires you to send the focuser back to Moonlite for the upgrade.

There was a longer than expected delay in shipment, apparently due to a vendor, so the focuser didn’t ship until October 21st (almost a month). I would have appreciated status e-mails to let me know that there was a delay. Instead, I had to call twice. When I did call, however, I immediately got a real person on the phone and did not have to step through a bunch of automated voice commands.

The unit arrived a couple of days later and was packed very securely. Included in the box was the focuser itself, basic installation instructions, and a bag of different thumb screws, set screws and hex wrenches. This thing was noticeably heavy and extremely solid-feeling. I called it “the beast”. 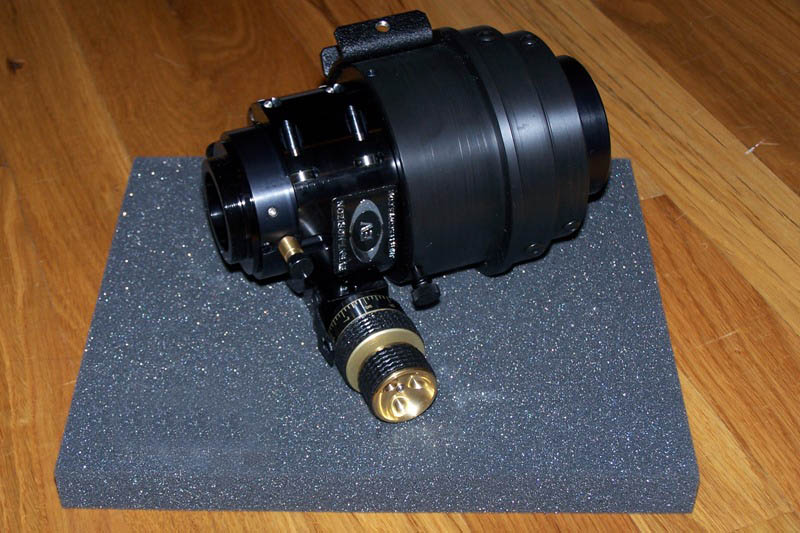 The JMI EV-1r is rotatable and lockable, so there were thumb screws to hold it in place. With the extra screws that came with the unit, I could choose to use either metal or nylon, based on needs. If I didn’t need the force of using metal, I could opt for the nylon and keep from scratching the base. The unit also came with a 2”-to-1.25” adapter and I was pleased to see that it was of the same high quality machining as the rest of the unit and used a compression ring.

Replacing the stock focuser could not have been easier. The JMI was a perfect fit for the 80mm refractor tube and the holes lined up perfectly. The JMI came with the body screws and a hex wrench that fit. My finder scope also fit perfectly in the built-in holder of the EV-1r, though I did have to work a bit on the alignment of the finder (this could have been because the holder was way off on the stock focuser; I’m not sure).

The dual speed knobs had a very nice, heavy secure feel to them. There was no slop whatsoever. The EV-1r had bearings on both sides of the tube providing an even tension that made it very stable. The graduated scale on the main focuser knob was a plus that some of the other focusers didn’t have. This would allow me to switch from the eyepiece to the DSLR and be able to get close enough to focus to start fine focusing with software.

While the focuser was rotatable, I did not feel very confident when I loosened the thumb screw because the draw tube felt like it was going to fall out; especially with a heavy DSLR hanging off of the end. There was a deep groove around the tube to allow for rotation without the tube falling out, of course, but there seemed to be a lot of play as soon as the thumb screw was loosened the least little bit. I may try the metal thumb screw here to see if it is any better, but I don’t want to mar the surface. Therefore, I may just rotate the DSLR and leave the focuser locked.

The first night out allowed me to enjoy the performance of the Ev-1r’s dual-speed control. I noticed no shakiness or shift while focusing – even while focusing at high magnifications in preparation for drift alignment. I noticed no drift in the focus, even though I had forgotten to lock it down before starting an imaging run. It was able to hold the DSLR stable from around 30 degrees to zenith, where I stopped for the night. The first images were as sharp as the last ones. Below is the result of 10 minute subs over the course of three hours. 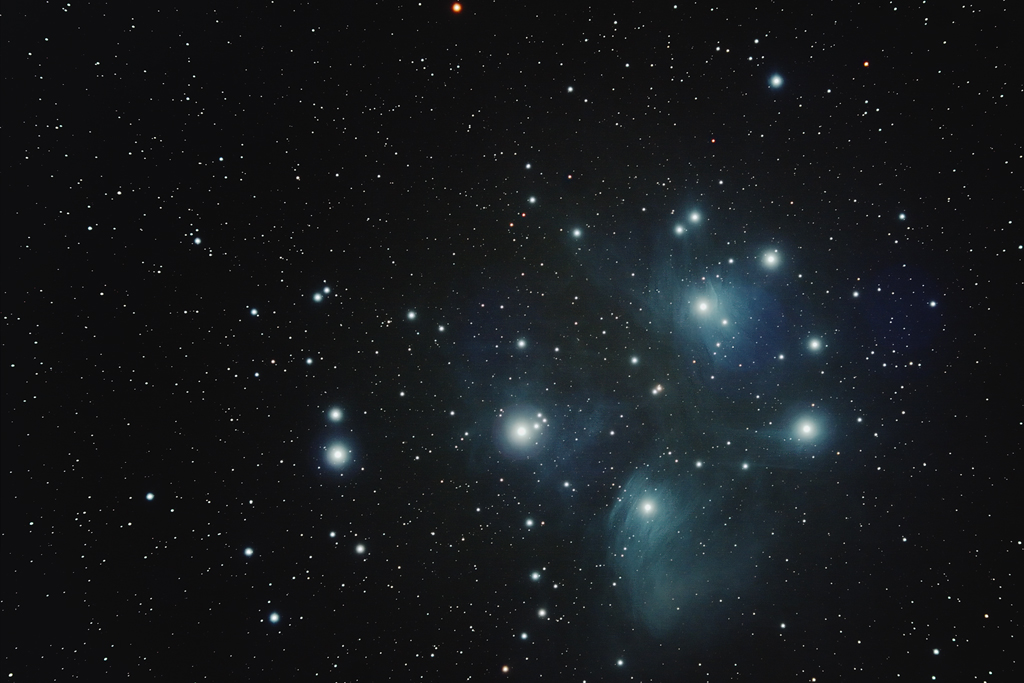 I just placed an order for my second JMI, this one for the 8” reflector.