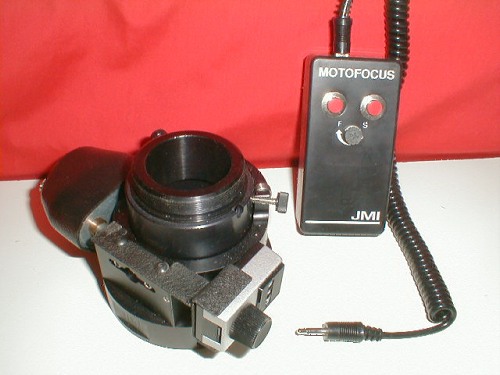 SCT owners are aware of the image shift problem inherent in most of today's crop of Schmidt Cassegrain telescopes. When the telescope is used exclusively for visual observing, the problem is annoying but usually not serious enough for the viewer to seek a solution. However, the first attempt at CCD imaging magnifies the image shift problem and sends the imager scurrying to find a solution.

Image shift is caused by what is commonly referred to as "mirror flop." As the primary mirror moves to and from the secondary mirror to effect focus, the focus mechanism could cant the primary mirror minutely in relation to the OTA and secondary mirror. Depending on the severity of the mirror tilt, the image will shift accordingly. In most cases, the shift is noticeable but very small. However, in severe cases, or when viewing under high power, the image can shift enough so that your target object is completely lost from FOV.

As mentioned above, the CCD camera magnifies image shift. Since the "eyes" of the CCD camera are very small (chip size is frequently about ¼" square), it is quite easy and common for the image to shift completely off of the chip. When this happens, the imager sees a picture of a patch of starless black sky…leaving the novice imager confused and frustrated. Focusing through the CCD camera becomes a time consuming and arduous task.

My very first attempt at CCD imaging with my 10" LX200 (together with the inherent image shift of this telescope) was indeed memorable. After learning how to operate the camera, my confidence level was sky high…but I was about to get my ears pinned back. How difficult could it be, I thought? Just slew the telescope to a target object, select an exposure time, focus and push the button…piece of cake! WRONG!

On that initial imaging session, I selected Saturn as a subject object, as it was bright, interesting and quite beautiful. Everything progressed just as I expected until I got to the part where I had to focus the telescope to achieve a crisp, clear image on the computer screen. The moment I touched the telescope focus knob, the image of Saturn vanished. I was caught completely off guard…thinking at first that my problem was an electronic gremlin. It took me a while to finally understand what was happening. Moving the primary mirror to effect focus shifted the image completely off of the camera's CCD chip leaving a picture of nothing on the computer screen.

Made and sold by Jim's Mobile Inc. (JMI), the NGF (Next Generation Focuser) is made expressly for the SCT…hence, the "s" designation (NGF-S). This device is a Crayford type focuser which threads to the rear cell of any SCT (all adapters included). It is motor driven and battery powered with variable speed settings and can be ordered with extra cost Digital Read Out (DRO), or with Digital Focus Counter (DFC). The base price of the NGF-S is $269.00. A mechanical digital focus counter (DFC) is an additional $59 when purchased with the NGF-S…the DRO system is considerably more.

HOW DOES IT WORK

Once attached to the SCT, the NGF-S has standard output threads allowing use of diagonal, flip mirror, etc. The unit has a focus travel of about ½", allowing more than ample travel for any focusing situation. Rough focus is accomplished from the telescope focus knob and fine focus from the NGF-S. Zero image shift and zero backlash is assured as fine focusing is accomplished without disturbing the position of the primary mirror. Mirror shift is COMPLETELY eliminated allowing trouble free focusing through the CCD camera. 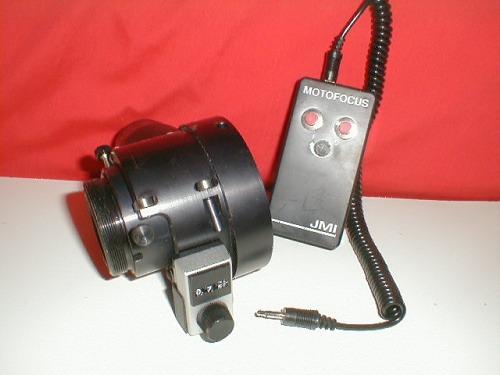 An optional read out system, either digital (DRO) or mechanical (DFC) is available. Both systems provide the imager with precise information regarding focuser position and allow the imager to return to the EXACT point of focus at any time during the imaging session. This is particularly helpful when returning the CCD camera to focus after visual verification of the object's position in your telescope. Both systems, DRO and DFC, accomplish this function. The mechanical (DFC) system is the less expensive of the two and may be more attractive to the budget minded imager.

While this unit is a MUST HAVE for CCD imaging, I find it also to be an outstanding convenience item for casual viewing. The advantages are emphasized when using the telescope for high power planetary viewing. In such situations, I find it extremely difficult to fine focus using the telescope focus knob, as I usually overshoot the precise point of focus. The NGF-S permits tolerances many times greater than conventional focusing, thus allowing far more precise focusing. The motor drive hand pad allows focusing without touching the telescope and thus eliminating telescope "shakes." 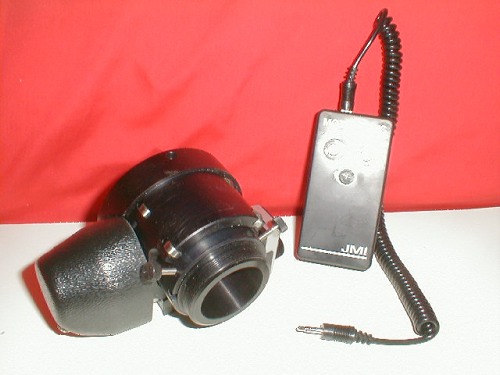 Using the NGF-S on your fork mounted SCT creates a few problems that will require attention. The first of these problems is balance. The focuser weighs about as much as a large premium eyepiece (20mm Nagler) and will require that your telescope be adequately counter balanced. If you already own a counter balance system, this will be a non-issue. Installing the NGF-S adds additional length to the rear cell of the OTA and creates the other issue. With the addition of the NGF-S and a large diagonal (2" diagonal), the OTA will not pass through the fork of the LX200. Exercise care when slewing to objects positioned directly overhead and be prepared to stop. Of course, if your scope is not fork mounted, this is also a non-issue.

I have owned and used my NGF-S for the past two years and found it to perform its intended task very satisfactorily. Imaging becomes a lot less work and a lot more fun. I have never experienced a problem or failure and can honestly recommend it highly. It is a "must have" accessory for imaging and will also improve the quality of casual viewing with any SCT. It is surprising to note that many of these units are purchased by the pure visual user and never employed for CCD imaging.