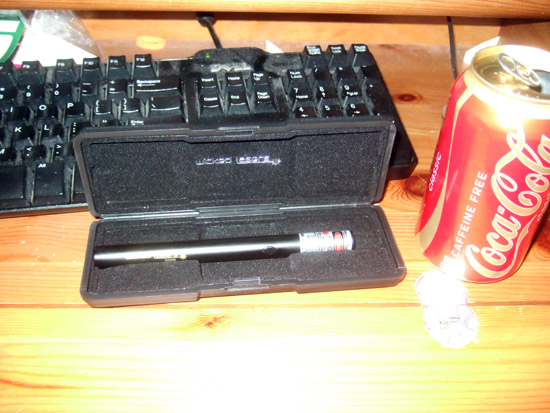 Recently I became interested in purchasing a Green Laser Pointer (GLP). I am running a local afterschool astronomy club and I thought a GLP would be a good addition to any star parties that we were holding for the kids. Also, the prices of GLP's have dropped considerably in recent times so one became a viable purchase. I am a somewhat experienced amateur, and my current telescope is the Skywatcher 100ED apochromat.

After some looking around on the web, I chose to buy an entry level GLP from Wicked Lasers, specifically the Core model. The Core is a 532nm laser at 5mW, the legal limit for consumer GLP's. The laser comes in a nice hard plastic case. The unit is the size of a "normal" laser pointer and takes 2 AAA batteries. The "on" button is in the normal place for a pen laser and is easy and comfortable to use. The retail price is currently right around $60.00 and it can also be found on ebay new for around $40. All the caveats for GLP's apply to this laser's use: don't point it at people, airplanes, cars, etc and it's also probably not a great idea to look at the spot for too long.

I don't really have much experience with GLPs, but the green spot seems quite bright to me, quite a bit brighter than normal red lasers. I have used the beam at night in my backyard, where there is a decent amount of ambient light and it is difficult to dark-adapt. Under these conditions, the beam is clearly visible at night by me, perhaps a bit dimmer than it could be, but still useable for pointing things out. The light power does fade after prolonged use, and gets too dim for astronomy use after a decent amount of time, perhaps 30 minutes of total use. This seems to be adequate for one night's observing, however. Near-freezing temperatures also seem to reduce the efficiency of the beam. In non-astronomy use, the spot is quite bright as mentioned before and can be seen at a great distance during the day, perhaps a couple of hundred yards.

Overall I am happy with the Wicked Lasers Core GLP. Perhaps the laser beam could be a little easier to see for astronomy, but I might be wary to go above a 5mW laser for safety reasons. At the street price this unit is a very good bargain, and should have your consideration when buying an entry level GLP. 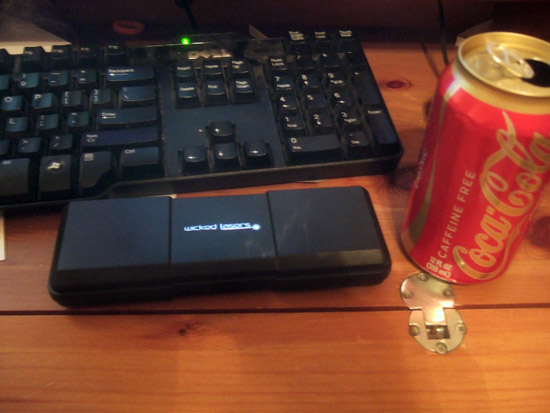 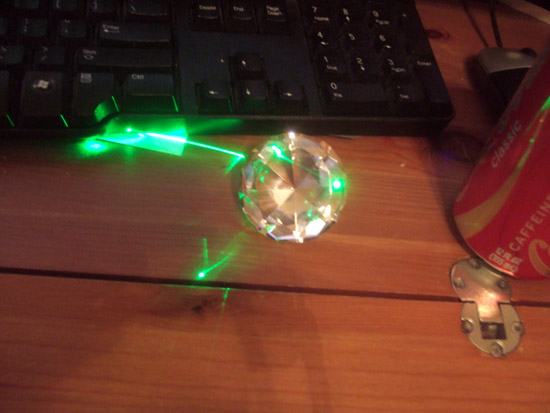 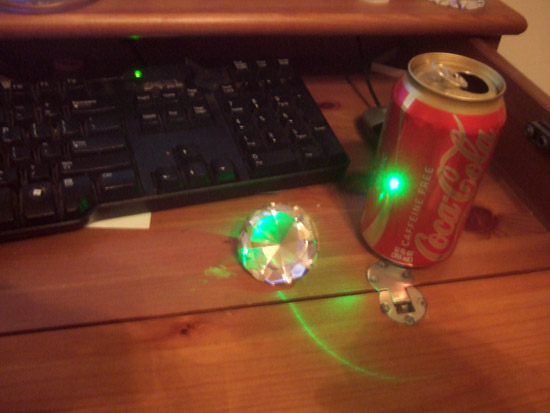