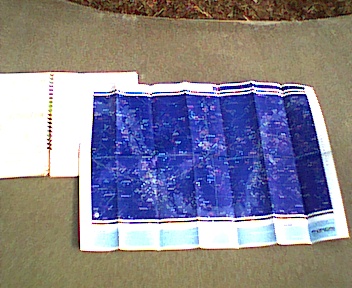 OK, before I give my review it might be a good idea to describe my ratings system. Of course it is very subjective and is based primarily on my own personal experiences with a particular product but factors in what I have read or have been told by other users of the same product.

Now, back to business. Like most of you I have several sets of star charts. Uranometria and Burnham's are both good references but I rarely use either of them in the field except on special occasions. The Sky Atlas 2000 comes in several versions and they are all very nice and relatively easy to use even though a little unwieldy. Most of us have computers and can download sky maps or print custom charts from such software programs as the Sky. There are literally dozens of options with a variety of prices. Combining ease of use, data presented and portability I have regularly used one favorite commercial set of star charts for the last 15 or so years: Celestron Sky Maps. This 11x14-inch spiral bound booklet has quite a few things going for it. There are pages on general astronomy and polar alignment as expected. There are two charts for each season: a northern chart that goes to the NCP and a southern chart that goes to -50 degrees. This covers about anything that can be seen from the continental US. The constellation boundary lines and RA and Dec lines are printed in red ink so they pretty much disappear under the glow of a red filtered light. One of the most attractive features of these charts is the information on the opposite page of and below each chart. There are descriptions of various objects in each depicted constellation. Oh yeah, there is a planisphere on the front cover with luminous stars. Neat. The front cover on mine has fallen apart with use, however. 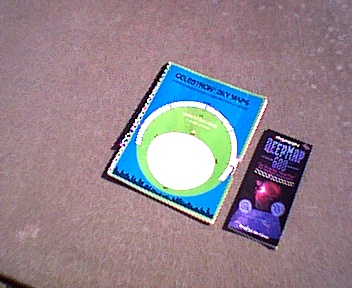 The Orion DeepMap 600 appealed to me for several reasons. It is a 33X21-inch piece of waterproof, no-rip plastic that folds up like an automotive road map into a compact 5x10 1/2-inch packet only 1/4-inch thick. On one side of the DeepMap is the sky from +70 to -60 degrees declination. On the reverse is a map of the Northern Polar Region and a pretty good data base listing of more than 500 deep sky objects starting at RA 00 and moving east. There is also a listing of the brightest 101 variable and multiple stars. The charts are very attractively done by Wil Tirion. The DeepMap 600 was designed for observers who use 8-inch and smaller telescopes and/or binoculars. There is a tremendous amount of information in this very small package. The image scale of the charts is about 25% larger than my old Celestron Sky Maps. All of this adds up to a sky map that should be easier to use in the field and a perfect replacement for my nearly worn out Celestron charts . Maybe, maybe not.

The DeepMap 600 map grid is compressed horizontally (in right ascension) to fit the intended format. This means that the constellations are elongated north to south compared to the real sky. This is a little disconcerting to me, especially as this effect is stronger the further north I am looking. Using the DeepMap 600 to find M81 and M82 in Ursa Major for the first time would be very frustrating to a budding amateur astronomer. In all fairness to Orion this spatial distortion is pointed out on the map. Also, I have not found any problems with locating objects within 30-40 degrees or so of the Celestial Equator.The printing is not quite as crisp as I would like.

Mine is the "Revised Edition" and is only one year old so maybe there have been additional revisions. Galaxies, star clusters and nebulas are printed with different shaped symbols and are color coded. The usefulness of the color coding effect is diminished at night using a red filtered light. I find it easier to read the old Celestron map with the black on white symbols and seek additional info on the opposite page rather than flipping the DeepMap 600 over and over. By the way, I understand that the old "Celestron Sky Maps" spiral-bound booklet is now available with a Meade name.

Don't get me wrong. I like the DeepMap 600. There is certainly a wealth of information in a compact package that is easy to take along and relatively easy to use. It is also a fantastic value, retailing from Orion at about $15 plus shipping. Star Stuff Terry's recommendation: One eye up.