Zeiss Eyepieces on a Shoestring Budget

I acquired my first telescope 6 years ago. It was a modest 4.5 inch reflector. As I attended star parties and compared my scope and its views with other scopes, I realized many of the shortcomings of a mass produced scope like this one, including the cheap eyepieces that came with it. A couple of “upgrades” later and my scope was performing much better. Two upgrades were relatively inexpensive; tighten some bolts here and there to reduce backslash and improve the motions and replace the plastic finder with a red dot one. Now I could find stuff. I learned quite a bit from that scope.

The next “upgrade” consisted on getting better eyepieces. Being on a tight budget, I agonized over spending just as much as I paid for the entire scope on just a couple of eyepieces. This hobby is going to get expensive, I thought. To my surprise, a couple of better quality eyepieces made a world of difference. I am not talking about exhuberant eyepieces, just a plossl and an UO ortho. Before, I could see Jupiter as a round circle of light. With these eyepieces I was now seeing cloud bands. The trapezium in Orion was easily split too. These eyepieces were worth their price.

I was struck with aperture fever and I sold that scope in order to purchase a mirror blank and material to make my own telescope. But I kept the good eyepieces. A few months later and my 12 inch reflector saw first light. Perhaps it was beginners luck, but I managed to get a good figure on the mirror. The views were better than I had hoped. I then became sort of an eyepiece junky. Over a period of a couple of years, I acquired several eyepieces that I tried on my scope. I discovered that a fast scope is quite demanding on eyepieces. Having a tight budget doesn’t help either. But with a little patience, and I admit some luck, I have added a couple of eyepieces to my collection, without breaking the bank.

The eyepiece on the right is not hard to find, I have seen many like it, but I thought it was out of my range. Yet I got lucky and I got it for under twenty bucks. It has a 30 mm barrel, so I used part from a 35mm film as an outer shell so it fits on my focuser. That is a simple trick that works well. It seems to have some coatings on it. Unfortunately, the weather hasn’t cooperated much so I have not been able to test this eyepiece to its limits.

However, the eyepiece on the left I have had it for a few years now. Again, it was a very lucky find and it is an excellent performer. You may be able to read the inscription on it that it is an orthoscopic eyepiece with a focal length of 9 mm. Great for planetary observing. The second picture shows I have an adapter that goes from 23mm to 30mm for the barrel, and on top of that I use a film canister so it fits smoothly in my focuser. This older eyepiece does not have any coatings that I can tell. Looking through it is as clear as water, very similar to an older RKE.

I while back I was doing some lunar observing. Mainly looking for craterlets on the floor of Plato. I was using a 12.5mm (Edscorp) ortho, this 9 mm Zeiss ortho, and Celestron 7mm ortho. With the 12.5mm It was easy to see the 4 larger craterlets, and a hint of two of the smaller ones. With the 9mm, I counted 7 distinct craterlets besides the 4 larger (easy) ones. When using the 7mm eyepiece I could only discern 3 of of the smaller ones. I have not been able to find and eyepiece that has shown me more, but I add a disclaimer than I don’t have any “premium” eyepieces for a full comparison. Perhaps in the future, I’ll be able to do so. 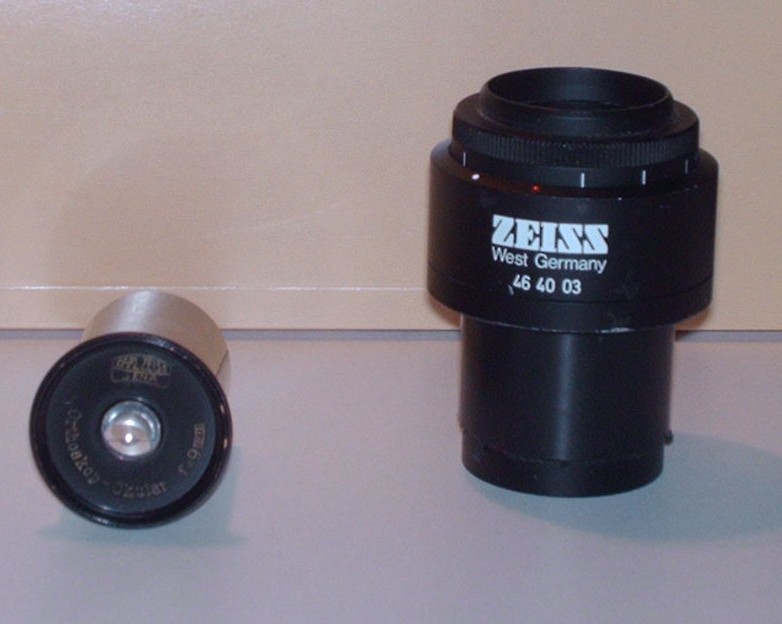 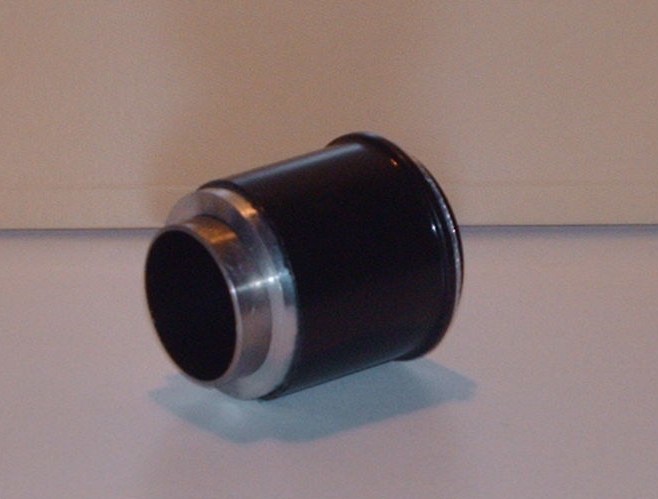