Updating the Sirius Dovetail Base

So I’m talking to Gary Parkerson about how much I like my Orion Sirius mount when he asks me if I’ve considered replacing the Vixen style dovetail with a Losmandy version. I haven’t noticed any issues with the current system as shown in Figure 1, but I’m always interested in an upgrade. 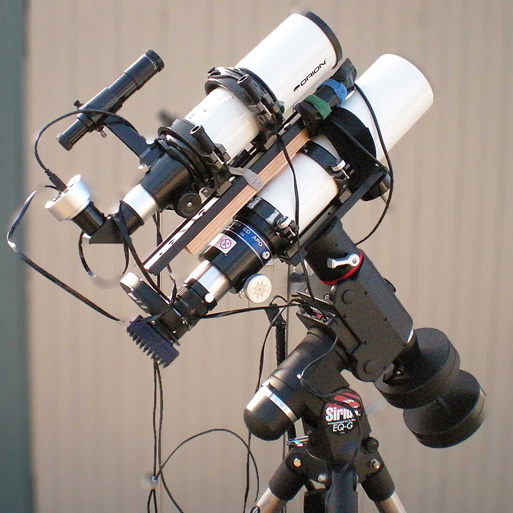 I have often wondered about the strength of the contact points holding the rail to the dovetail. So when Gary told me that Anthony Davoli, of ADM Accessories, has an adapter that would allow me to change the top of the mount to a Losmandy style dovetail I figured it would be worth trying. Here’s my description of how the upgrade went and the results of the change.

First let’s see what the new dovetail looks like and compare it to the original. Figure 2 shows the original Vixen dovetail as shipped from Orion and Figure 3 shows Anthony’s upgrade. Notice the 2 points of contact between the original dovetail and the rail as shown in Figure 2. Now compare that to the full length contact provided by the ADM dovetail. I should point out that these two images are roughly the same scale. You can see that by the size of the control panel on the head in each of these images. The ADM dovetail is much larger than the original. 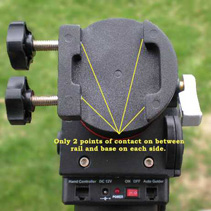 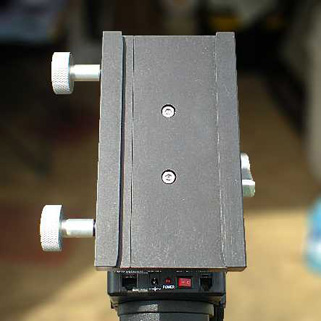 So how do you make the change? Well it’s actually pretty simple. All you have to do is remove three set screws from the mount. They are located just below the dovetail as shown in Figure 4 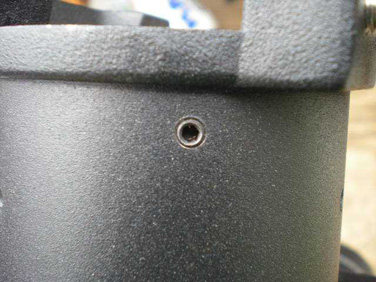 They are located at 120º intervals around the head. Remove them all, being careful not to drop any. They are very small and black and will disappear quicker than you can blink. Then you just have to lift out the dovetail, insert the new dovetail and reinstall the set screws. Take care to insert the new dovetail with the same alignment as the original. It doesn’t make any difference with my mount, but some require proper alignment for GoTo functionality to be accurate. Figure 5 shows the underside of both the original and ADM bases. The ADM has the exact same underside and fits perfectly. But look how much bigger the rail is in all directions. Doesn’t it just exude stability? 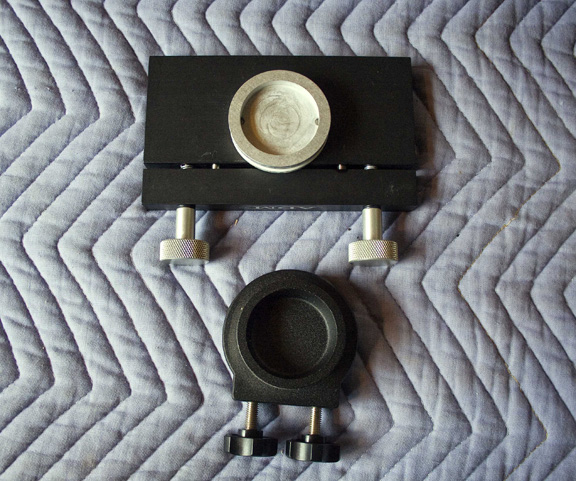 Before I describe the rest of the setup, using the new rail and rings to match, you need to see the original setup. It’s not like this isn’t going to hold things in place. It has done a great job from the start. But when I compare the two setups, the upgrade just looks more solid and reliable, like maybe I could mount that big RC scope on there after all. 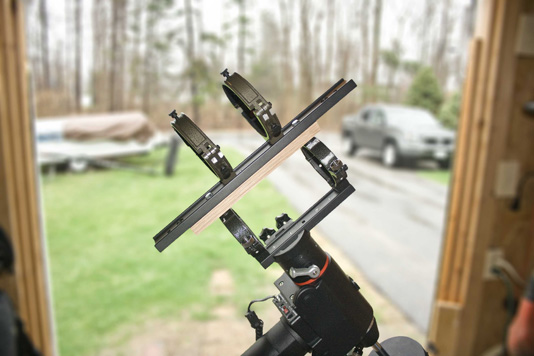 Notice that short rail holding everything in place in Figure 6? I didn’t really think it was an issue until I got my hands on a nice big 11” rail to go in the new dovetail. As shown in Figure 7, there just isn’t any comparison. 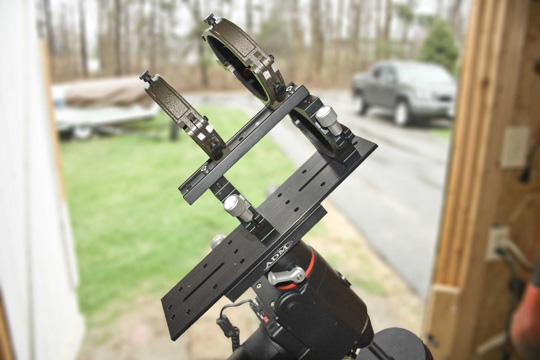 Of course I had to replace those itty bitty rings. What good is a big, beefy plate if you only use a single connection point for the rings. Anthony didn’t have any, but the folks at Astro-Tech make sets that attach onto the rail with multiple screws. They are built every bit as well as the rail and dovetail, so now I have no reason to suspect flexure if I see things going squirly in my images. These new rings fit my refractor perfectly and are nicely lined so as not to add more scratched to my OTA. I used to piggyback this scope on another and the rings I was using put a few marks in the paint.

Have you noticed the piece of wood in my original setup? That’s there to prevent the piggyback rail from riding on top of the dew shield of the lower scope. Not only would it scratch the shield, it would misalign the two scopes. So I built a riser out of oak. That has worked very nicely, but it has been the source of constant abuse when I have this on the field with friends. They all know it works, but they still tease me about it. I tried switching the long and short rails but there just wasn’t a good way to get everything to align without drilling multiple holes in the rails and I was afraid I’d weaken them too much.

Well the new setup allows me to use the short rail as the piggyback rail, eliminating the need for the riser. Now it’s all metal, all the time!

The rest of the installation is just as straightforward as the dovetail. Just mount the rings on the plate in whichever threaded holes works best for your scope. Then attach the upper rings to the piggyback rail and attach that rail to the top of the main rings. I had to drill one hole in the upper rail to match them up, but that rail is only holding about 2 pounds of gear so I’m not worried about weakening it, especially since I removed the extra leverage of the riser. If I’m really concerned about it, I might just get a short rail from Anthony to put up there and be done with it. 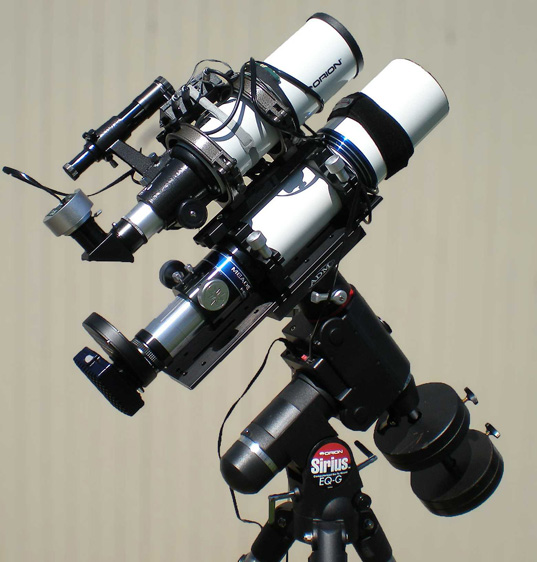 The real test is in operation. So I waited for the New England weather to cooperate and ran the system through a few tests. I performed a quick polar alignment followed by my usual 2 star alignment. The mount performed with the same accuracy as before the installation. That’s a good sign. Then I verified I hadn’t introduced any cone error by executing a few goto’s, all of which were well within my expectations. Which is my way of saying I didn’t botch the installation.

The next tests involved imaging experiments with increasing exposure lengths. I started with unguided and found the same 2 minute limit I had prior to this upgrade. When I engaged auto guiding I was able to use my normal 5 minute exposures with no error. My stars were even more round than they had been. I cranked the exposure up to 10 minutes and still had nice round stars. Consider this took place in 10-20 mile per hour winds and I say this upgrade is an unmitigated success. I can’t wait to see how this impacts my future imaging results.

If you’re in the marked for a mounting upgrade, you can’t go wrong with the equipment from either ADM or Astro-Tech. Both companies are easy to work with and both are willing to take the time to make sure you end up with exactly what you need.