For the last few years I have been enjoying the challenge and occasional rewards of amateur astrophotography. It can be a costly pursuit for sure. I was surprised and pleased by the introduction of the StarShoot Color camera by Orion, since it provided a large, high-resolution imaging chip at a new lower price point for astro cameras.

I had worked for several years in astro-imaging, moving from planetary web cams to introductory small-chip CCD cameras (SAC) and eventually to an SBIG ST8XME. Although I could get good results with the standard LRGB techniques, I was intrigued by one-shot color, which would be far more convenient than stacking all those color subs.

So after a couple of weeks of working with it, what did I find? Like all things, there were pluses and minuses, but I came away with the conclusion that this camera can produce great pictures of many astronomical imaging targets.

The camera itself is light and thin compared to some cameras, but quite wide. It is supplied with a 2 inch nosepiece for inserting directly into a telescope tube. Unscrewing this adapter reveals female T-threads for those who want a firm connection to their equipment.

Here are some general specifications. You can see that it provides a full 6 megapixel image, with a sensor that is 23.4 x 15.6 mm. This is significantly larger than any chip I had worked with and gives a remarkably wide field view even with my f/10 SCT telescope. The TEC cooler and fan is important since chips produce much less noise when cooled down, and my raw images showed remarkably few thermal and other defects.

My tests were run with a Meade LX200R scope, of 12 inch aperture. This was used at its native focal length at f/10, and gave .54 arc sec per pixel. This is a little low, but in the final analysis, we generally use the telescope we have, and I was pleased with the results. This chip is ideal for use with shorter focal length scopes, where the small pixel size will help maintain resolution. For my scope, I was able to cover an area 18 x 27 arc minutes, which allows good framing of many small to medium sized astro objects. I was able to take one image (M31 below) using a Televue NP-101, a wider field scope, and this provides a 99 x 149 arc minute FOV at 2.95 arc sec per pixel.

My scopes are mounted on a Paramount ME, which has provided excellent tracking for astro imaging. A Finger Lakes DF-2 focuser was inserted between the scope and the camera to allow automatic focusing with Focus Max. The NP-101 is mounted on top of the rings which attach the LX200R to the mount.

An Orion StarShoot Autoguider was used for guiding, inserted in whichever scope was not being used for imaging.

I had to provide my own 110V to 12V converter for power, since Orion only provides a power cable for 12V sockets.

The camera requires a USB 2.0 port on the PC in order to function properly. My imaging PC only had the older USB v1 ports, so I had to use a new laptop for my tests. I will have to upgrade that PC sooner rather than later!

After inserting the camera into the scope and hooking up the power and USB cables, the next step is to get the software working to get the system to focus. I used Maxim DL to control the camera, and after loading the drivers, the camera was quickly recognized by the software. Using Maxim’s focus mode, I was able to adjust the manual focus on my SCT to get a bright star to approximate focus. I was then able to calibrate FocusMax to handle the rest of the job.

I was pleased to see that the large images downloaded within a reasonable time. I did not time any downloads but the images appeared within 10 seconds or less – much faster than cameras which use USB 1.1.

All my previous work was done with monochrome cameras, and Orion StarShoot was a ‘one-shot color’ model. This resulted in a different ‘workflow’ than I was accustomed to.

For best results, you need to collect some ‘darks’ and ‘flats’ which are used to calibrate the raw images to remove defects. Darks are images gathered with no light hitting the image sensor. They detect thermal noise and other chip non-uniformities and are used to subtract these from the final images. Flats are gathered by imaging a uniform flat area (such as the twilight sky- which is what I used) to allow compensation for dust and vignetting in the optical train.

Thermal noise is a function of temperature, and since the StarShoot has a non-controllable cooling system, your subs are taken at varying temperatures that depend on the ambient temperatures. I noticed that dark subtraction sometimes turned the white pixels (the hot ones) into black pixels in the final image, and what I wanted was to see the white pixels disappear with the correction. I found that I could configure Maxim to manually scale the dark subtraction. This allowed me to set a scaling value from 0 to 100 percent, and I could ‘dial-in’ the exact correction that I needed for any particular temperature and still use a single set of darks.

My workflow consisted of the following:

From my viewpoint as an experienced imager, I found that the camera worked as expected and was capable of producing good images for many objects that I attempted. The exception was my try at the Helix nebula. This is a fascinating object, fairly large with interesting colors. It is low in the sky at my latitude and I was imaging at less than 40 degrees above the horizon, which means that there was a lot of atmosphere between the object and camera. On top of that, there was only average transparency on the night that I did the imaging. I took longer and longer subexposures, up to 15 minutes, but only obtained very faint images. When I attempted to calibrate them (flat and dark subtraction) I noted some blue non-uniformity, probably due to inaccuracies in my calibration and the poor S/N ratio. I might have obtained different results on a better night, and know that others have managed to capture this object with the camera, but I believe that faint objects like this are at the limit of what the camera can capture. I have imaged the Helix with good results with an SBIG ST8XME using the same telescope.

I think the most interesting part of any astrophotography review is the images themselves. These were all taken at my Blue Mountain Vista observatory in New Ringgold, PA, during September, 2008: 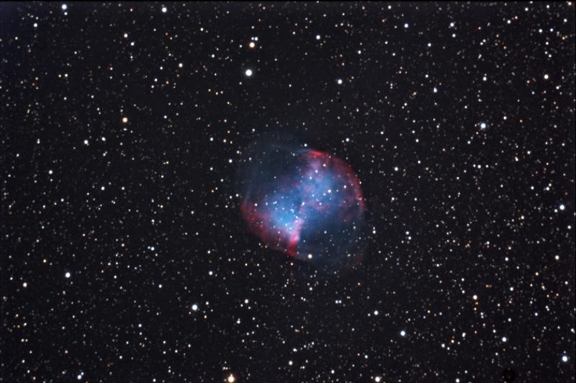 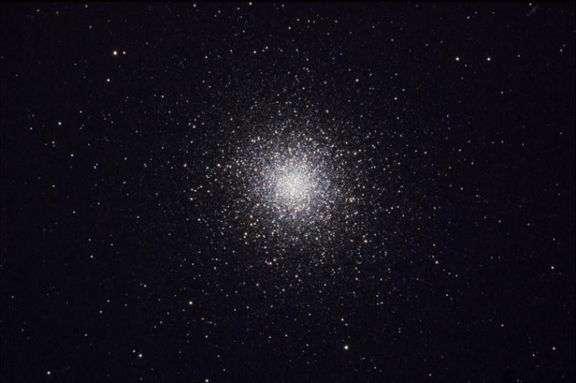 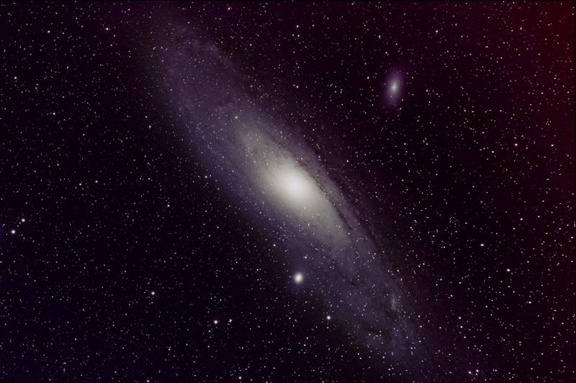 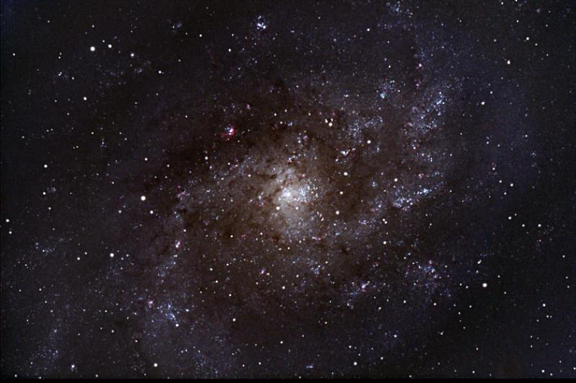