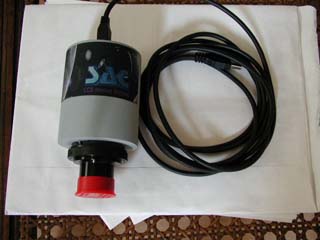 The SAC-IV is an entry-level astronomical imaging camera. Based on a Sony “HAD” chip (ICX098Ak), it offers 24-bit color in a 640x480 pixel (5.6 micron) array. It is offered by SAC Imaging (www.sac-imaging.com), which is based in Melbourne, FL.

I bought my unit new in 2001, so all specs and software discussed here are current as of then. Updates may have been made since. I selected the SACIVc model, which includes the frame integration software Astrovideo. Based on the information on the SAC web page, this is the only difference between the SACIVc and the lower-cost SAC-IVb.

At the time I bought my camera, the SACIV was the highest-end camera offered. SAC has since introduced the SAC-7, which offers higher sensitivity via a fan-cooled chip (Peltier-cooled like higher-end CCD’s), and the SAC-8, which uses a different, more sensitive Peltier-cooled chip. Both higher-end cameras allow for longer exposure imaging of deep-sky objects.

My unit’s body is a lightweight gray cylinder with a single USB port and a red end cap protecting the CCD chip. The body is 3-1/2 inches long and 3 inches wide, the 1-1/4” nosepiece projecting out a further 2 inches from the body. SAC has since updated the body design so it is even more compact. The entire assembly is extremely lightweight even in its older incarnation. I estimate it to weigh less than 250 grams, so balancing it on any scope should not be an issue. 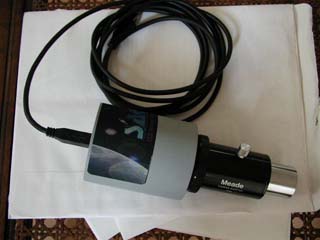 Figure 1. The SAC-IV with a Meade Camera Adapter

As shown in figure 1, I recently discovered to my delight that the 1-1/4” nosepiece is T-threaded, which allows me to attach my Meade Basic Camera adapter to the unit. This allows for eyepiece-projection photography.

As I mentioned previously, the camera comes with a regular USB cable as well as an extension cable. This is the only connection required between the camera and the computer; the camera derives its power from the USB port, so no external power supply is necessary either.

In addition to the aforementioned Astrovideo frame-capture/integration software, the SAC-IV came with FITSView, which allows for viewing and basic editing of FITS files, and drivers and software for controlling the camera and photo and video capture. My camera came with ViViewer for still imaging, and VICAM VidCap for video capture. The camera also came with trial versions of Photoimpact and Picture window.

After installing the necessary driver and capture software, the camera is simple enough to operate: plug it into a free USB port on the controlling PC and launch the desired capture software. I have the most experience with ViViewer, so this review will focus on that package.

Upon launching ViViewer, a window launches within the application displaying a live video feed from the camera using the current settings. The video window defaulted to a 320x240 resolution, and can be adjusted to as small as 160x160 or enlarged to 1280x960 (2X resolution). I do most of my imaging work at normal (640x480) resolution.

The video window displays a live video feed of whatever it is that the camera and scope are pointed at. This highly simplifies focusing, as you get live feedback of your focus attempts, compared to the “real” CCD cameras, which have to take and download an image before you can see the effects of your focusing adjustments. The downside is that no software-assisted focusing routines are supplied, so you cannot be sure when you have achieved critical focus.

So, let’s get down to the nitty-gritty: how does it perform? Well, here’s my first image ever taken with this camera of the moon, before I even figured out the camera controls: 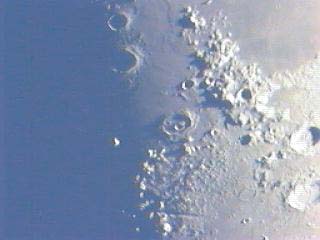 Figure 2. My first picture with the SAC-IV!

Once I figured out the rest of the camera’s software controls, I opened up the Camera Control Panel. It is through this interface that the camera’s various settings can be controlled (and the effects of setting changes seen in real time). In addition to image size and color format, other settings available are image quality, Back Light Compensation, Sharpness, Shutter speed, Auto Brightness, Gamma and Manual Gain. I have found that my best-looking shots are achieved with Gamma, Back Light compensation and Manual Gain set to minimum. The Auto Brightness Mode should for the most part be turned off, since otherwise the shutter speed cannot be controlled. 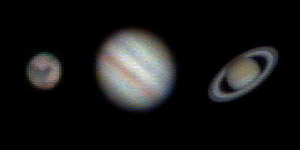 Figure 3. Some of my early shots of Mars, Jupiter and Saturn

I have taken several images of the moon, Jupiter, Saturn and Mars (the latter in its 2001 opposition) with this camera, and I learned a few basic CCD concepts in the process:

I have not used this camera as much as it deserves to be. Frustrations with mirror shift prevented me from achieving focus as close to critical as I could have. Additionally, my purchase in 2002 of a digital camera along with a Scopetronix Digi-T system distracted me for a few months from using the SAC-IV. The allure of not having to bring my laptop outdoors to take decent pictures was all too compelling. A pity, as I discovered recently.

In a recent imaging session, I was excited to see the moon’s famous Copernicus crater strategically lit up. I hauled out my scope and digital camera to image this event, only to discover that the batteries were running low. No problem, I thought, SAC-IV to the rescue!

I had also recently acquired a JMI NGF-S focuser for my LX200, which eliminated the mirror shift that had plagued me in earlier sessions. This allowed me to focus my images more sharply than I was able to in the past. Not only did it allow me to take great shots of Copernicus, I was able to capture a satellite shadow transit on Jupiter! (Note: other than resizing, none of the images taken by the SAC-IV accompanying this article have been post-processed or stacked in any way) 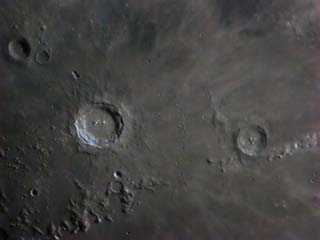 An advantage that I re-discovered in using the SAC-IV that night was that its 640x480 video window gave me far greater detail than the 2.5” LCD screen of the digital camera would have, assuring me of achieving far better focus than I would have had I used the digital camera.

I have been reading about (and drooling over) planetary imaging and processing via webcam video capture. I had been thinking about ways to achieve my own video imaging using equipment I already had, especially in light of the upcoming 2003 grand opposition of Mars. Once more, my candidate for doing this was my digital camera, channeling its video feed to a camcorder. Then it occurred to me that the SAC-IV’s driver is a video driver. Now, if only I had some video capture software…

That was when I dug through the ViViwer folder a little more closely, and discovered the existence of the VidCap utility! I have only used it briefly, so my experience and impressions are really basic at best. It does show promise, however, as I’ve already captured some preliminary videos of Jupiter. I hope to have some videos of Mars soon!

My experience with Astrovideo has also been tentative at best, limited to a few test shots of Jupiter and Copernicus. It is essentially a frame-grabber and autostacker, which allows for the possibility of imaging dimmer deep-space objects. I have yet to climb the learning curve on this software, as my test image results have been spotty at best, with images of Jupiter hopelessly overexposed, while images of Copernicus have come out with great contrast. Intriguingly, Astrovideo also provides an autoguide function, which I have yet to test as well.

Herein lies one of the few weak points of the package. The documentation for the software packages is sparse, which can make a tough learning curve even harder to climb. Nevertheless, once learned, the software is easy to use and works like a charm. I can say that for ViViewer, I am sure this is true for Astrovideo and ViCap.

The SAC-IV camera is a nice, basic starter camera for getting into astrophotography (and astrovideography!) on a budget. It provides a quick, ready-to-go imaging package for those without the time, patience or know-how to adapt a webcam for imaging. I would not hesitate to recommend this as a starter CCD camera for imaging brighter objects like the moon and planets. As I have discovered, it serves as a great back up for when digital cameras go on the blink!

Disclaimer/Copyright:
All photographs accompanying this article are the author’s property and copyright. The author has no relation with the vendor of the article reviewed other than to transact the original purchase.