Review of the Sterling series of eyepieces

Review of the Sterling series of eyepieces 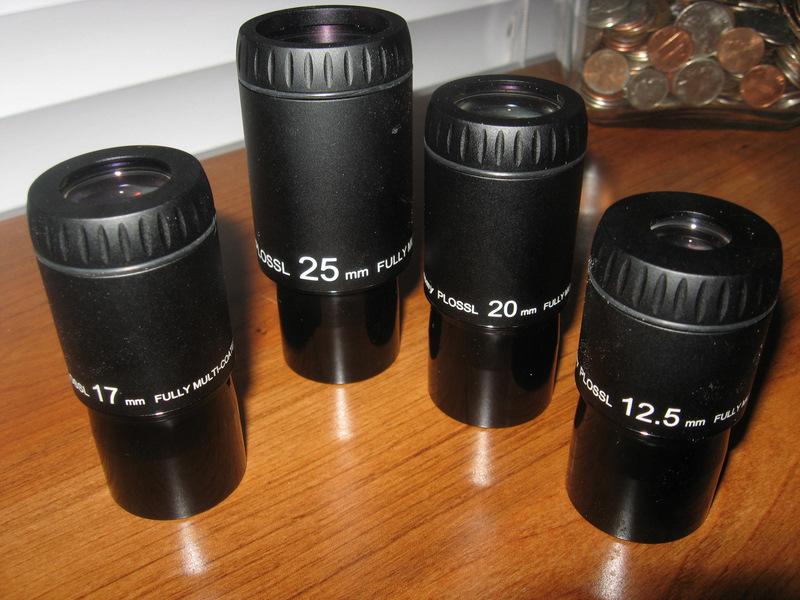 I first became interested in the world of telescopes and astronomy back in the mid sixties. It seems that I was weaned on Ramsdens, Kellners and manufactures catalogs. Saving my grass cutting money allowed me to buy my first orthos (University volcano tops) in the late sixties. From there I graduated to the UO ‘professional series’ flat tops, then the Meade research grades, followed by the original Televue smooth sides as well as the original Meade super plossl smooth sides. As the years have passed I’ve owned a large number of Naglers,Pentex xls,Vixen lvs,Clave,Parks GS plossls,etc.It seems I’ve bought  almost all common types and brands of eyepieces and still now at 53 continue to buy, sell, trade and experiment with new offerings. After reading several users comments and one review on cnight I decided to try a series being offered by ‘Smart Astronomy’. The Sterling plossl series are described as being very favorably coated with great contrast and good definition. When I went to the website to read about these I found they were on sale at less than thirty dollars apiece. I decided to buy the 25mm, 20mm, 17mm and 12.5mm and give them a spin. 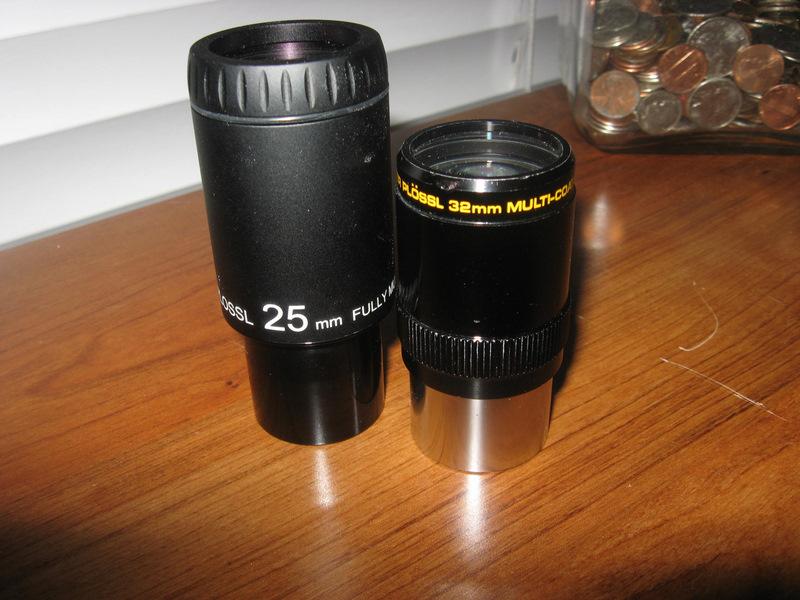 Figure 2. Sterling 25mm next to a Meade 32mm smoothside Plössl

Instead of placing these in side by side comparisons with eyepieces costing three, four, five or more times as much I decided to do a standalone test. I’ve had enough experience to know ‘what looks good, ‘what to expect from mediocre to marvelous. Though I do reference comparable views with other eyepieces my intent is share my feelings and impressions of this line alone. I used these with two different telescopes though both have rather forgiving focal lenghts.The first being a 5” f/9 apogee refractor and the other a six inch f/10 celestron sct. 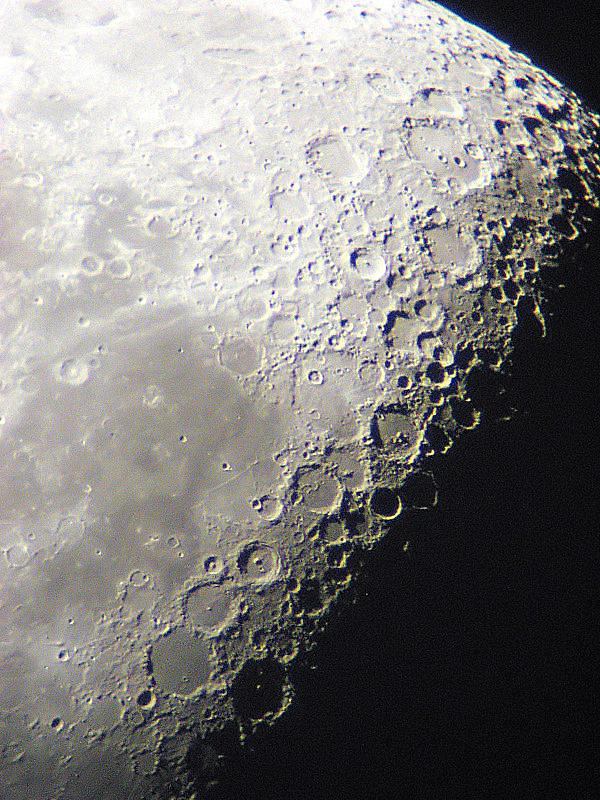 Using first the 5” f/9 I began by placing Deneb in the center of the field of the 25mm to get an overall impression. The eyepiece focused the star to a tight, pleasing point. The entire field of view was the same even at the edge. With a very sharp field stop and no stray reflections or ghosting I was very pleased with the view. Equal, at this focal length, to my more expensive plossls. I repeated this process with each focal length and came away with the same overall view. Solid performances if not equal, at least very close, in practical expectations, to my Televue and Meade smooth sides. With both the 17mm and the 12.5mm I also kept Deneb at the very edge of the fov. Some minimal image degradation upon close inspection that was in fact not noticeable until I scrutinized. Next I did a very simple test. I pointed the scope to a rich star field. I was looking for critical contrast differences. I did put in a Meade 5000 series 20mm to determine the faintest stars I could see at this magnification. The Sterling 20mm matched this test to a standoff. All the stars at the limit of visibility in the Meade were likewise in the Sterling. M22 was favorably positioned so I turned the scope and Sterlings to this summertime classic. From the 25mm to the 12.5mm each presented a very nice view. An attractive surrounding field with countless stars powdered across the face of the globular, all in sharp focus and contrast, provided a most pleasing sight. The 17mm and the 12.5mm were of course the best for this target. Once again, contrast levels compared very favorably to my Meade smooth sides and 5000 series. 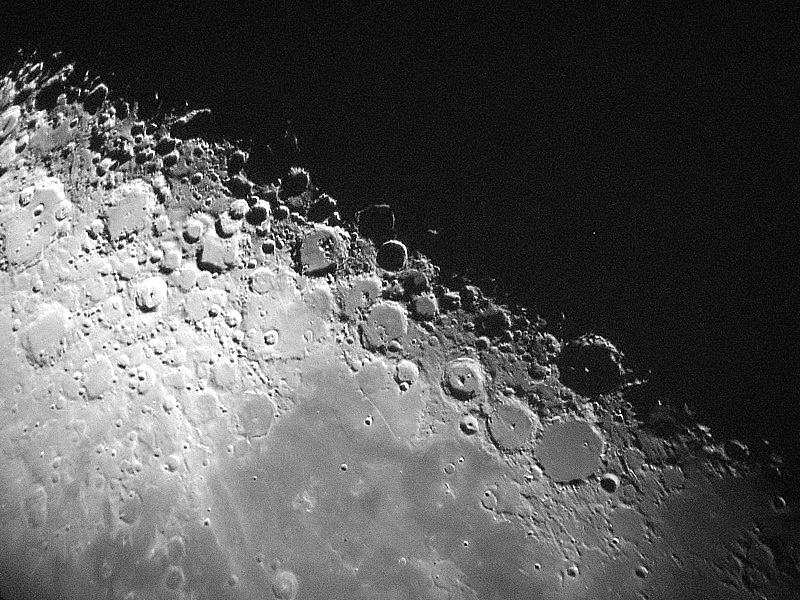 Jupiter, to me, is always a good test subject. Poorer quality eyepieces fall apart as it were, when scrutinizing the inner workings of the belts. The image can turn to mush with inferior offerings. Using the 17mm and 12.5mm only I studied the appearance of the giant’s details carefully. Granted the current opposition allows me to use these longer focal lengths. In each eyepiece the limb of the planet focused very tightly, clean and crisp. The surface details were even better. Inner swirls and festoons among the belts were visible (in the 12.5mm) with little difficulty. Contrast levels among the belts were very pleasing in both eyepieces. I did put in an Astro-tech flat field 12.5mm at this point and must say the Sterling offered better contrast. The Astro tech with its larger fov and eye lens is a very comfortable choice but stray reflections and lower contrast left it clearly behind in this instance. The same held true as I examined the moon. Very sharp contrast and focus points made the Sterlings a pleasure to use while examining lunar mountains, valleys, craters and highlands. Keeping in mind that in the 5”f/9, the power range provided by the Sterlings only covered 45x-90x, it may be easy to conclude the good views were the result of low magnification. However I don’t feel this is the case at all. My conclusion, based on experience and a gut feeling, is that these are an excellent choice for a refractor such as mine. 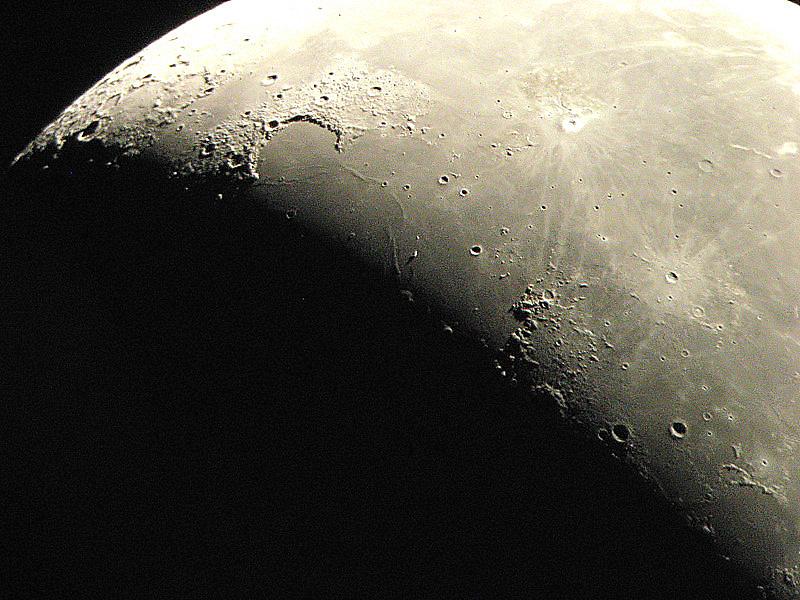 After spending an evening trying the Sterlings with the refractor I moved on to a night with my Celestron 6” f/10 sct. This scope, despite a slightly longer focal length, is consistently less forgiving than the 5” when it comes to eyepiece performance. The night I tried these on the 6” had air considerably more turbulent than the night I used these with the 5”.I started with the main components of the bright double Castor. A pleasing view with the 25mm (60x) though the turbulent air left me with only moments of clear dark space between the two (normally not a problem in a 60mm rfr). I immediately noticed that in the sct the images fell off in all focal lengths around the outer 10 percent of the field. In both my Meade and Tele-vue smoothies the image falls off around the outer five percent of the fov. This difference may be attributed to the larger field (55 vs. 50) of the Sterlings when compared to my thirty year old plossls. My gut feeling here though was that both the Meade and Televue were better performers in terms of definition. Contrast levels were very comparable between the Sterlings and the other classics. The air was still rolling when I turned the scope towards the moon. I did however get some moments of steady seeing in which the Sterlings performed well. Sinus Lridium and the Montes Jura mountains looked really nice at times and the Montes Carpatus mountains quite stunning when the air steadied. I was primarily using the 12.5mm (120x) Sterling when observing here. The images, at times anyway, were very contrasty and sharp. Craters Schickard, Phocytides, Schiller were intrically detailed. With seeing being so turbulent and steady air so infrequent  I decided to cut short my trial run with the 6”.Should anyone have interest I’ll provide follow-up results based upon steady skies. 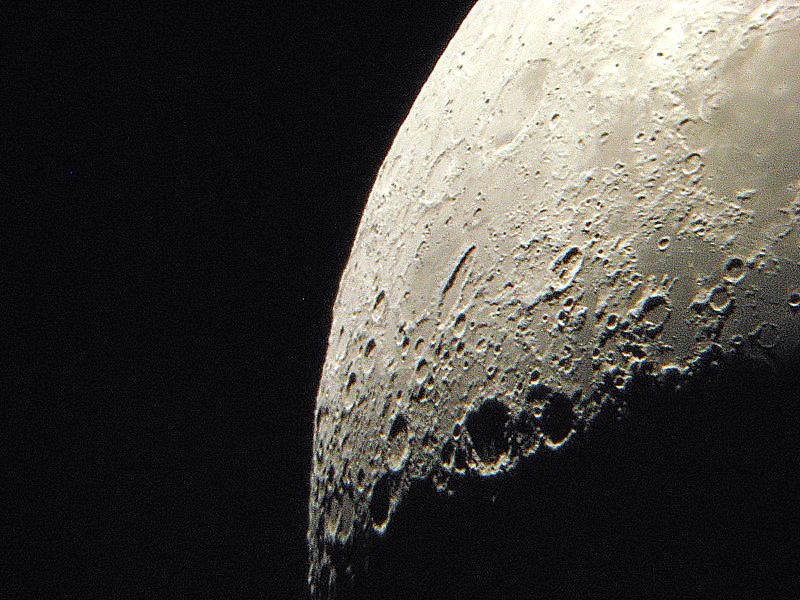 In summary I believe the Sterling’s strength lies in its contrast levels, razor sharp field stops and overall build quality. When compared to the countless low end plossl examples readily available these are hands down winners. I don’t know how these will do in a short f ratio scope but in a scope like my 5”/9 refractor they are a pleasant surprise. Would I go out and replace my higher end plossl lines? Of course not, but that’s not the point. Rather the issue here to me is the per dollar return in terms of performance. This maybe the Sterling’s greatest strength. I paid less than thirty dollars (on sale) for an eyepiece that performs very close to ones that cost four times as much. For someone with limited choices, or looking for nice star party eyepieces, the Sterlings represent an outstanding value. I’ve included a couple of photos taken using the Sterlings through each scope. Keep in mind that I simply hand held a point and shoot camera up to the eyepiece. Hope this helps all who are interested!