In January of 2009 I posted a review of a Celestron 6” refractor on a SkyView Pro mount. Since then there have been some changes and modifications that have led to vastly improved capabilities.

The first improvement was purchasing a Celestron AS-GT mount for the C6R. Though Astronomics had it on sale, it was purchased mainly because it offered sturdier 2” tubular legs. At that time the Meade LX-75 was still listed with 1.75” legs. With the long refractor tube and a CCD on the end of it, sturdiness is imperative. The heavier legs add about 10 pounds to the carrying capacity of the mount. The old SkyView Pro is currently being used for an Orion ST-80 with a Shelyak Star Analyzer and a SAC-7b camera. Works great for this lighter set up. It was found that when you use a serious CCD camera you really need the accurate pointing of a Goto mount. Otherwise, you spend a lot of time trying to find and center your target. The AS-GT is very accurate, especially if you use at least 3 calibration stars. The only improvement that I would like to see is Periodic Error Correction. Even without auto-guiding and PEC, I routinely get exposures of up to 200 seconds. It is a great mount for imaging.

In the spring the original focuser was replaced by a used stock focuser from an Orion 120 ED scope. Though this was a big improvement it was still not adequate for a heavy CCD and filter wheel. So a GSO 96mm 2 speed Crayford focuser was purchased and mounted. The reviews questioned the smoothness of the setup but my unit worked quite well. It is much easier to focus a heavy camera and filter wheel with the GSO than stock ones. The only negative is that the CCD setup is heavy enough the focuser will not rotate smoothly. Still it is a huge upgrade and makes focusing the CCD much easier.

Last winter I acquired an ST-7E from a friend. It is a great camera and has made photometry and spectroscopy much simpler. It is very sensitive and will image magnitude 17 stars in less than 30 seconds. This model is an older one with the parallel cable so you cannot use a new computer (new laptops do not have parallel ports). My computer is a Gateway laptop with a 1 gigahertz processor. The USB port is an older, slower one so downloading images takes a little longer but does work. Though having a newer computer would be nice, using an older one is justified by the 35 dollar price tag! Below is an image that is a 120 second exposure through the ST-7E with no filter. 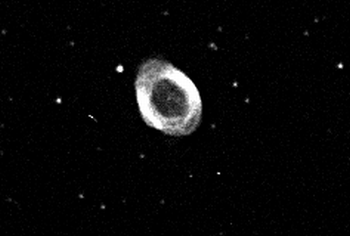 At the SAS/AAVSO spring meeting Olivier Thizy from Shelyak Instruments presented a talk on amateur spectroscopy. This talk led me to purchase the 100 lines/mm Star Analyzer. It is manufactured in England and is designed to do low resolution spectroscopy. This purchase has been one of the most satisfying that I have ever made! Though the learning curve is pretty steep it is very exciting to be able to see the composition of stars. There is some Chromatic Aberration inherent in a short focal length refractor but you can overcome most of the problem by focusing the spectra in the green. If you then cut the image in a 1-3 pixel slice and blow it up to 1200x30 you get what shows below. Using a freeware program called V-Spec (http://shelyak.com/ follow the links to the visual spectrum program!) you can process, graph and even calibrate the spectra that you take. Below is a 1 second image of Beta Lyra B.

With the camera I received a V filter. It is in a 1.25” format that is fitted into a manual filter wheel. With the focus of an achromat being in the green band of the spectrum, the V filter works very well with the telescope. Below is a 1 second image of M42 taken through the V filter. It is a bit blurry but still usable for photometry. V361 is located in the bottom right of center. 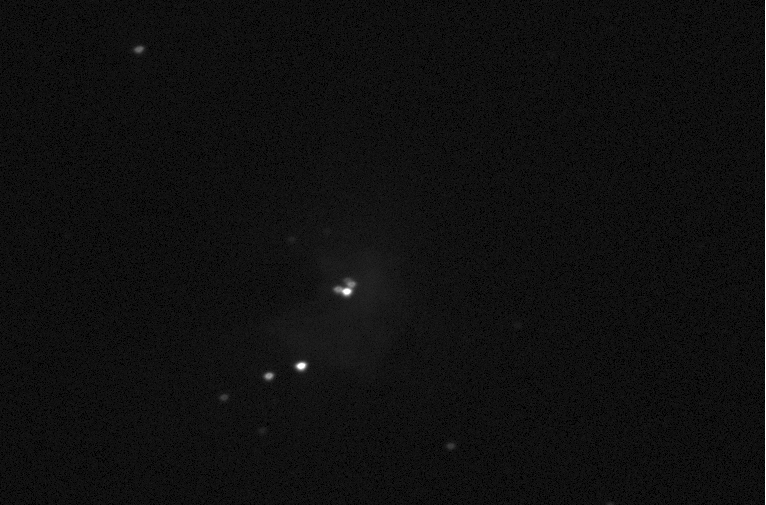 On loan from the AAVSO is a Sloan Digital Z filter. This is an infrared filter that will be used for imaging variable stars. There are no images yet due to weather and scheduling but hopefully this problem will be rectified soon. With the spectral characteristics of the ST-7E it will only image stars up to magnitude 14 with 120 second exposure.

We moved into a new house on the outskirts of Deming, NM in June 2009. It seemed expedient to make a cart to roll the scope in and out of our garage. So the “Temple Research Observatory” was born! Wheels were obtained at “Harbor Freight” and attached to a couple of pieces of s**** plywood left over from a roofing project. The wheels have locks and surprisingly enough this keeps the cart quite steady. Here is an image of the telescope on the cart. 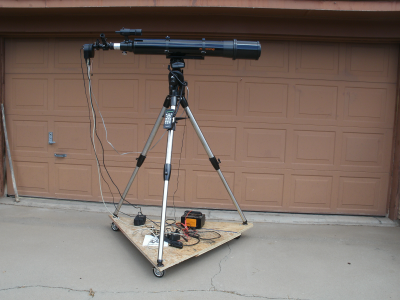 Listed below are the specs of the C6R.

Here are before and after pictures high lighting the changes in the scope. 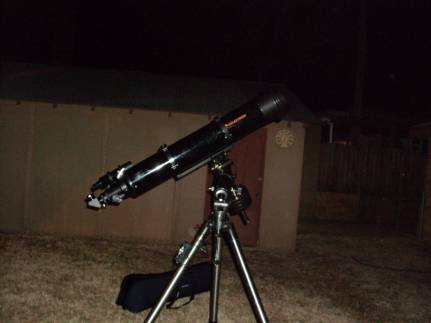 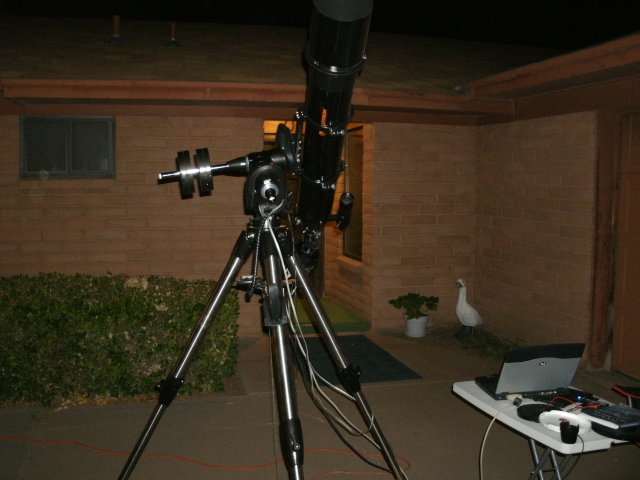 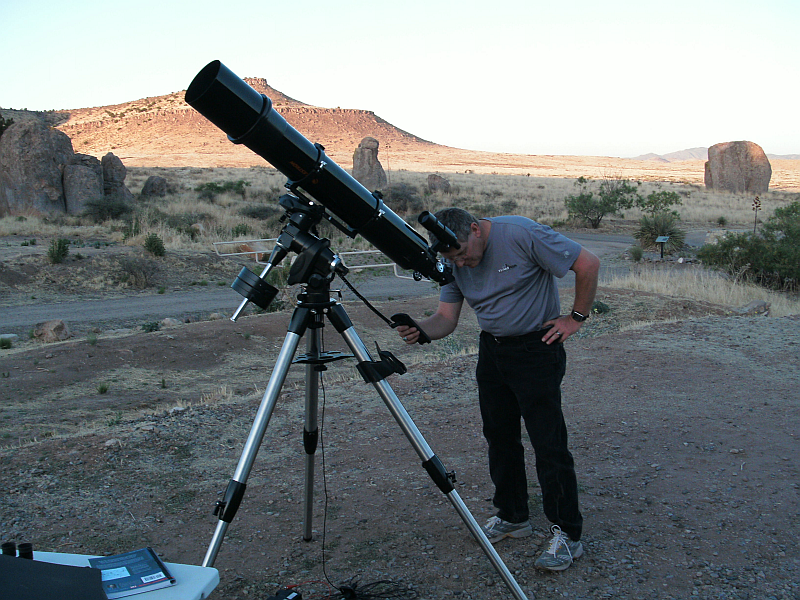