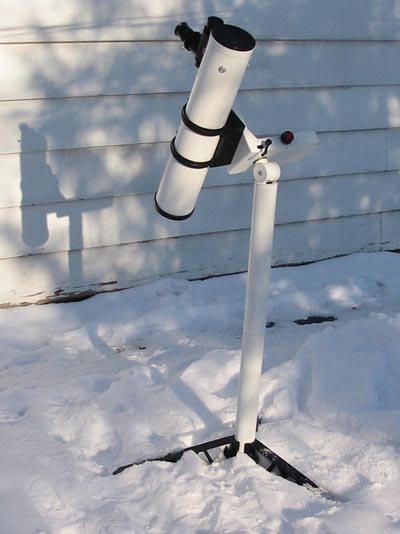 Figure 1. The Tal-M is actually fairly small; the tube is 100mm in diameter.

I had read a lot of good things about Tal scopes and decided to buy one just for fun. I selected a 80 mm f6.6 Newtonian that sells for $270CND ($169US). These scopes are made in Russia and unfortunately the one I received had suffered during its long trip. A call to the supplier (Tal Scopes in Kingston, Ontario) had a replacement promptly on its way.

I was a bit disappointed to find that Tal no longer ships this scope in their trademark birch plywood carrying case. Instead it was fairly well packed in a cardboard box with a large styrofoam insert. Otherwise the scope was complete with two eyepieces, a 3X barlow, a soft cloth, several filters, a screw driver, a wrench, and a small brush.

This scope would not have looked out-of-place 40 years ago. There’s none of the plastic and electronic “go to” that manufactures are pushing these days. In fact the only major plastic components are the tube end caps, which are well made. The heaviness of construction is reflected in the weight – 12 kg (26 pounds)!

The scope uses a pier mount rather than the usual tripod. The post is made of two thick aluminum sections that screw together and are extremely well made for a scope of this price. The three legs are also aluminum and held in place by large captive wingnuts. There are plastic pads on the legs that fell off in very cold weather. The mount can be used as an equatorial or altizimuth: more on this below.

Shown in Figure 2 is the business-end of the scope. Both secondary and primary mirrors are adjustable. However, the scope appeared to be well collimated in spite of its long trip. The primary mirror cell shown in Figure 3 is well made. The inside of the tube is painted flat black. However there are no baffles.

Also visible in Figure 2 is the finder scope. An interesting design feature is that the same eyepiece is used for both the finder and main scopes. Figure 4 shows the operation: the finder scope body slides in and out. The focuser is a helical design where the entire eyepiece turns. 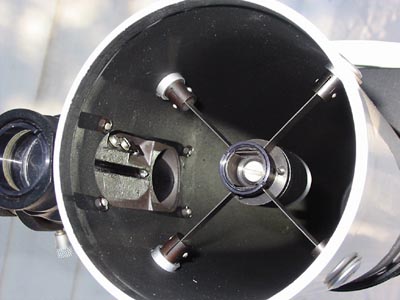 Figure 2. A view of the secondary mirror and mount. The spider vanes don’t form a perfect cross. They also interfere with the adjustment screws making collimation difficult. 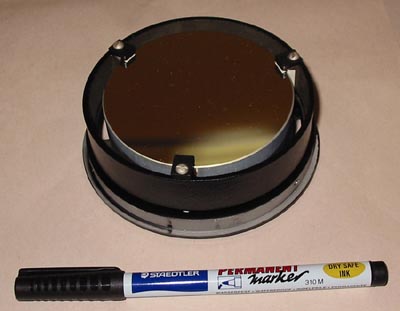 Figure 3. A view of the primary mirror and mount. The mirror cell is very easy to remove. 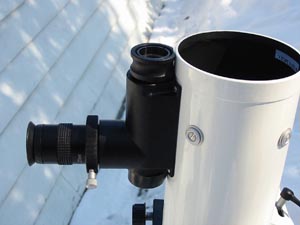 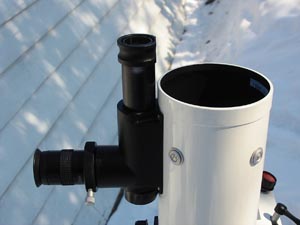 I also currently own a 102 mm SCT and a 60 mm refractor, and have previously owned a 102 mm refractor. The Tal is the first Newtonian I have owned, thus I am not familiar with the limitations of this design. This scope is advertised as having a spherical instead of a parabolic mirror, so I wasn’t sure what the image quality would be like.

The Jovian moons are visible in the finder, which is more than I can say for the finder on my SCT. This finder has the advantage that you don’t have to take your eye off of the eyepiece when moving from the finder to the main scope. Unfortunately, the focus of the finder & main scope don’t coincide necessitating a refocus each time. The magnification of the finder depends on the eyepiece. One problem with this design is that a long barlow tube, e.g. a Televue, blocks the sliding finder scope preventing its use.

I set the mount up in its equatorial mode. A fair bit of torque on the supplied wrench was required to lock the head at the proper latitude. The mount has slow motion controls that operate only through only about 5 degrees requiring the RA control to be screwed back out after a half hour. Both axes are spring loaded and require the scope to be correctly balanced for proper operation. Operation of the slow motion controls did introduce a lot of vibration. The position of the counter weight can be adjusted through a small range: I am not sure it made much difference.

The mount was initially extremely sloppy and was frustrating to use at high magnifications. I took it apart, which was very easy to do, and found that both axes could be adjusted. Figures 5 and 6 show the adjustment mechanism for each axis. The motion of the mount was much improved with this adjustment although there is still some slop. 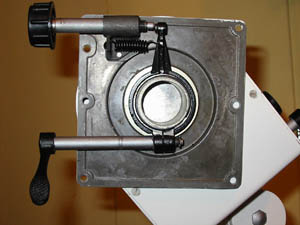 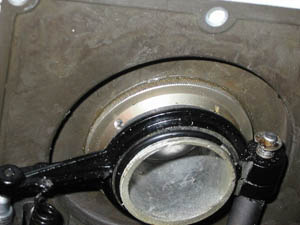 Figure 5. Photo showing the inside of the declination axis. The right side shows the set screw and locking ring for adjusting the tension of the axis. 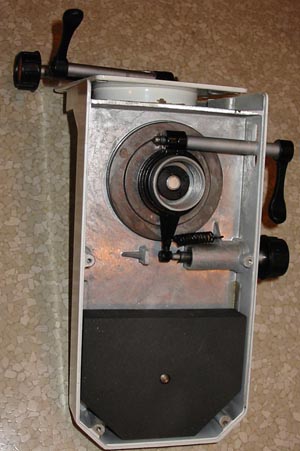 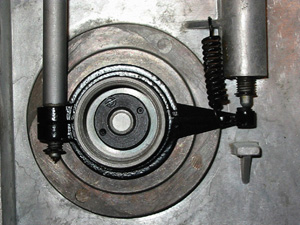 Figure 6. Photo showing the inside of the right ascension axis. The right image shows the set screw and locking ring for adjusting the tension of the axis. Note that the cover does not have to be removed to access the locking ring. The left-hand image also shows the integral counter weight.

Jupiter was the first object I viewed with this scope and it immediately revealed a problem: there was a lot of stray light visible. Figure 7 illustrates the problem. In this photo, the red lines are due to the secondary mirror spider, the green lines are due to something else. In an attempt to reduce the stray light, I removed the secondary mirror and painted its exposed glass edge black. The secondary mirror was a bit difficult to reinstall since the tube was so small. This did not help. The next step will be to line the inside of the tube with flocked paper, but this will have to wait for another time. 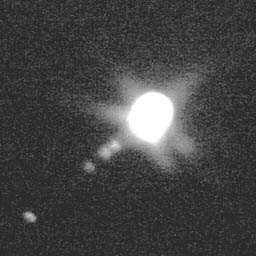 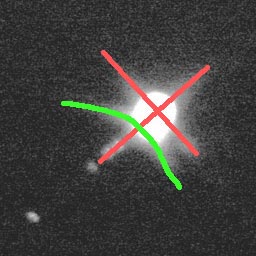 Figure 7. An over-exposed image of Jupiter showing the stray light visible in this scope.

As far as a star test goes, in this part of the world the air temperature is never constant so all star test show is a primary mirror that has not stabilized. In spite of the stray light, the view is pretty good. Figure 8 shows a couple of photos obtained with the Tal M using a Canon A40 digital camera. Note that since there was no motor drive, there is a bit of motion blur in these images: they’re still not too bad though.

The helical focuser worked very well, although a bit awkward with a camera since everything rotated. The scope worked well in cold weather: unlike my SCT nothing froze up. I am not an eyepiece connoisseur, so I can’t comment too strongly on the eyepieces and barlow other than to state that the 25 mm eyepiece seems quite nice. The 10 mm eyepiece and barlow seem respectable and I do use them. The included filters are a nice touch as well. 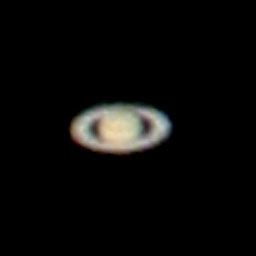 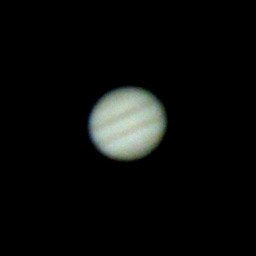 Figure 8. Here are a couple of images taken through the Tal M with a Canon A40 digital camera. They’re not too bad considering there’s no RA motor drive.


This instrument is sold as an introductory telescope. In a sense it is a good learning tool since it is easy to disassemble and adjust. It also comes with a good selection of decent quality accessories. The only downside is that this scope may required some adjustments before it can be used: it is not as easy to use as a small refractor. A the end of the day it is not a bad place to start so long as you don’t mind getting your hands dirty.

Since buying this scope, I have used it a great deal. Because of its small size and low cost, I am able to leave it set up in the garage, where it is very easy to carry outside. This summer I was able to capture the image of Mars shown in Figure 9. Visually this scope performs quite well with the only problem being stray light shown in Figure 7. Lining the tube with flocked paper helped quite a bit, unfortunately the adhesive paper would not adhere properly to the inside of the tube. 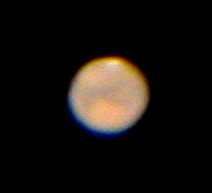 Figure 9: Mars taken with a Canon A70 digital camera with very good seeing. It’s not too bad given how low Mars was at Winnipeg’s latitude.

At first I thought the low height of the telescope was a problem because it caused some back strain. However, during the summer I found the scope to be the perfect height for observing while seated in a lawn chair. Although the scope is easy to carry around the yard, the pedestal mount requires a level surface and is not as portable as a tripod. However, it is very convenient for observing while seated.

The mount had to be retightened once after a summer’s use, but this was fairly easy to do. The mechanical quality of the optical tube continues to impress: it can hold its own against much more expensive telescopes. I have grown rather fond of the helical focuser: it is smooth, very accurate, and does not introduce vibrations.

The integral finder scope permitted one interesting experiment. What can be seen with a 25 mm aperture? Using a barlow and high-power eyepiece to view through the finder, I could just barely make out the two major bands on Jupiter.

In late August, I took this little scope to a very dark location, with the best two nights I ever seen. It was truly impressive what was visible, for example: M51 faint but had some structure: