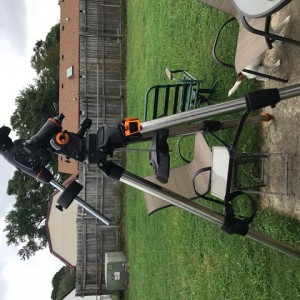 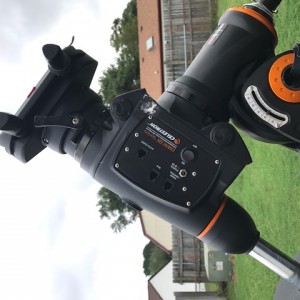 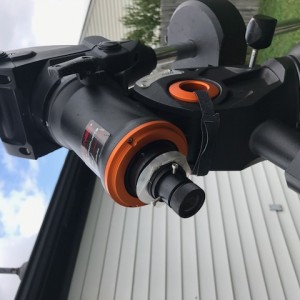 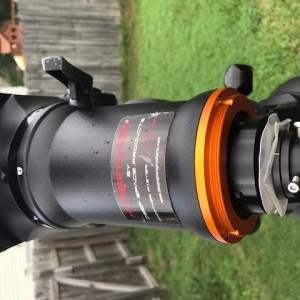 I am selling my CGEM DX. I have had it for about two years, and about 1 year ago I got it hypertuned. I am the second owner. My Dad had it before me. Since I got it hypertuned it's much easier to get it balanced which really helps with guiding.
You'll see a white spot on the mount by the input box. I had been trying to use super glue and velcro to be able to mount the hand controller there in an effort to keep cables under control. Well it didn't work. I just haven't gotten around to scraping it off.
As you can see it comes with the GPS, the hand controller, 12v "cigarette lighter" cable as well as AC 110 cable and the polar scope. The hand controller was just updated to the latest firmware. The polar scope was modified with 3 screws so it can be collimated. To that end, the end cap won't fit had was lost when the mount went from being my Dad's to mine.
There is a little rust on some of the screws, high amounts of salty humid Virginia air. None on the mount head itself though.
$1200 + actual shipping. Paypal preferred.