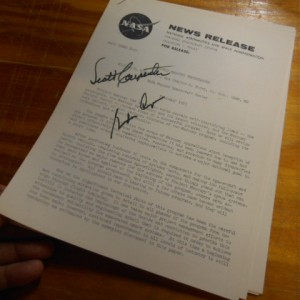 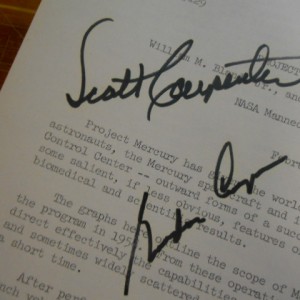 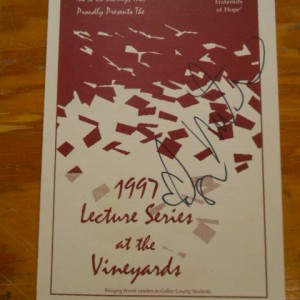 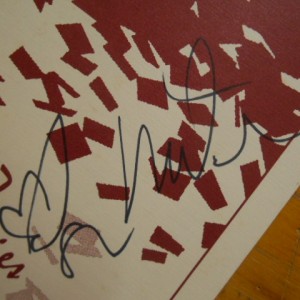 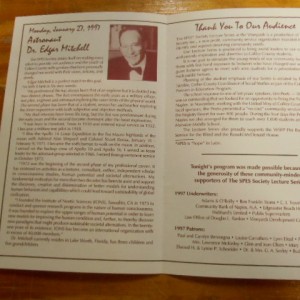 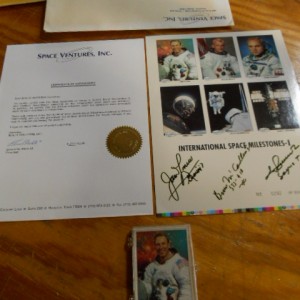 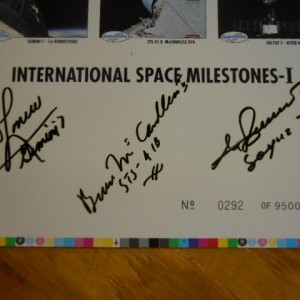 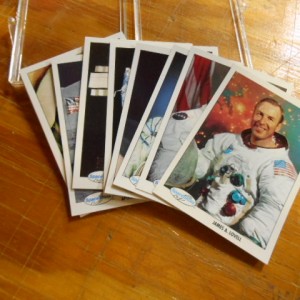 All autographs are guaranteed authentic or your money back.
.
Scott Carpenter & Gordon Cooped signatures on an original "NASA FACTS" document dated 1963. A beautiful historic piece of history from the Mercury missions of the 1960's. $150 shipping included.
.
Edgar Mitchell signed program. Astronaut Edgar Mitchell. As the Lunar Module Pilot of Apollo 14, he spent nine hours working on the lunar surface in the Fra Mauro Highlands region, making him the sixth person to walk on the Moon. $85. shipping included.
.
Space Ventures, Inc. A mint condition signed cut sheet for the Space Cards that were issued for sale in the 1990's. The cut sheet is card stock, the same as the cards that were later issued. This company is owed by Edward White son of astronaut Edward White who was killed in the Apollo 1 accident. Included with the card cut sheet is a set of (9) rare promo cards. This set was issued before the cards were for sale on the market. Comes in its original plastic case and the cards are mint condition.
You'll get the signed cut sheet with astronaut signatures, certificate, & 9 promo cards.
$250 shipped