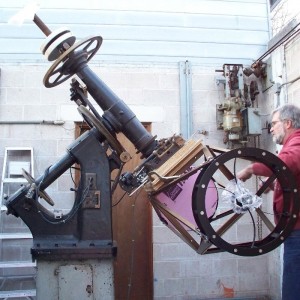 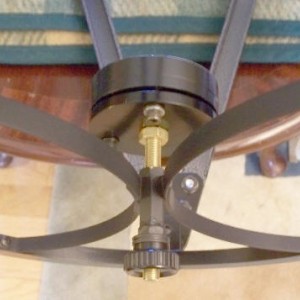 Several years ago a friend contacted me to see if I was interested in ordering a 16" F/18 Dall-Kirkham from Bob Royce. At the time I had a Royce 10" F/20 D-K and its performance was stunning, so it took very little convincing. His scope was finished first and went to WSP for its debut where it met every expectation.

As my 16" was being completed I would reveive observing reports like this one:

"FYI Larry: This Saturday night we had good seeing and the Jupiter show was stunning through the 16" D-K. I know its closer than usual, and finally higher in the sky this year, but what we saw was loaded with color and appeared much like a soft Hubble photo. Everything was there, and the term "fuzzy" applies only to comparison to Hubble. My 8" TEC (TEC200ED) never came CLOSE to what the 16" D-K was revealing, not even CLOSE! You'll see!"
Long story but after ordering it I moved to Central Oregon and have yet to set the scope up. It is still new in the original shipping boxes. Part of the reason is that I really need to build an observatory to use the scope as it is a bit too big to set up each night. And part of the reaon is that I have a TEC200ED and a Starmaster 18" which cover most of my observing here.

Please feel free to contact me for a link to Royce's Dall-Kirkham information. Bob no longer make the scopes which is a shame as they are a planetary observers dream. It really seems a shame to have this one sitting unused through the close Mars approach......with a 25% obstruction and curved spider it is optimized for planetary, doubles, lunar, globular, etc.

Image is of this scope being tested and of the curved secondary support. The mount in the picture is not included. I wish I owned it!