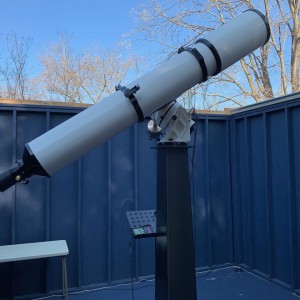 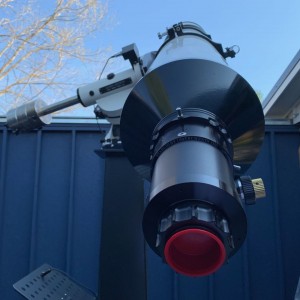 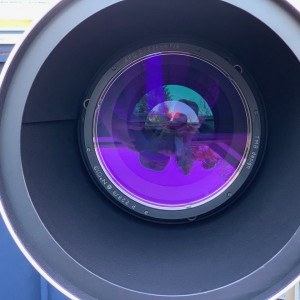 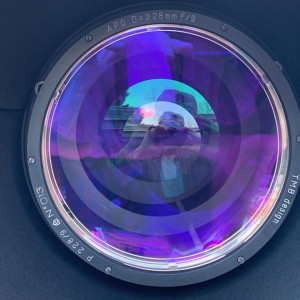 I bought this instrument new from Thomas Back in Ohio (assembled, tested, and shipped directly from him, though ordered through Astronomics) in May, 2005. The lens is an air-spaced triplet by LZOS. I had this instrument in its box for some years until I completed my roll-off roof observatory about five years ago, and have enjoyed it there since, many eyes of all ages having looked through the eyepiece. But now, I will be moving and won't be able to replicate this observatory. I want to expose the refractor to the Cloudy Nights community first to see whether this is a scope somebody's been looking for, understands its value, and has the chance to fully discuss the instrument with me. I'll set a "Buy Now" price at 34770 USD, and that's based on a "1/3 off" the price of a new instrument from known suppliers exclusive of shipping. But talk to me if you’re interested in the scope. I have the original box and packing material and am able to ship. I am including the rings that came with the scope and also an approx. 4 or 5" extension tube that is shown on the focuser in the pictures.
The instrument is in excellent condition. There is a tiny mark on the top of the draw tube of the focuser near the top, several inches in. It does not affect operation.
Let me add a few observing notes. I bought the scope mainly to observe planets and double stars from my mag 5 skies. The advantage of a refractor this size can be described technically as increased resolution and contrast. But the immediate sensation at the eyepiece on planets is that someone switched the movie from black and white to color. The red spot of Jupiter does not look like faint salmon. It looks red. Saturn is wrapped in shapes of tan. I’d always been distracted by the rings, but now the ball (and moons) have interest. For double stars, I’ve gone up to 900x, confirming the suggestion in Alan Adler’s Sky & Telescope article “Pretty Double Stars for Everyone” (available online) that double stars look rather best at a magnification of 750 divided by the stars’ separation in arc seconds. For instance, Zeta Hercules at 1.3 arc seconds looked great at 600x, but also pretty darn good at 900x. The thing about a large refractor is that you have the capability of running the power up, and although diffraction rings are apparent at several hundred power, they’re not at 200-300 with this aperture, which is the typical region of planetary observation. Also at 9 inches, of course, a slew of deep sky objects become available. I like to show off M13 to guests.