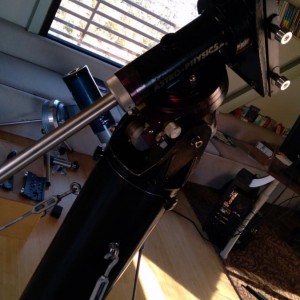 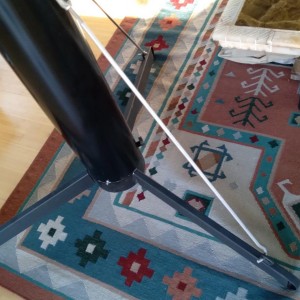 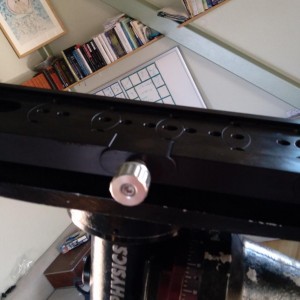 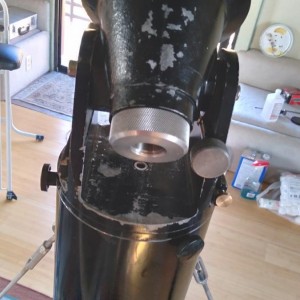 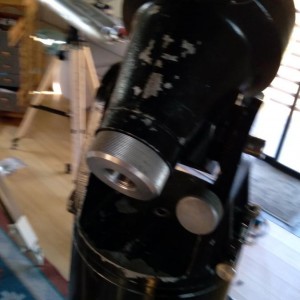 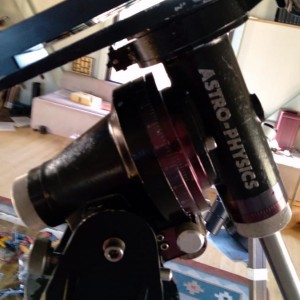 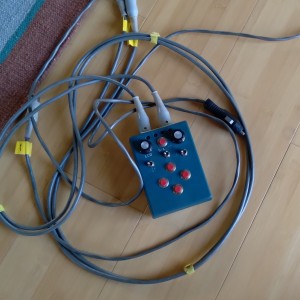 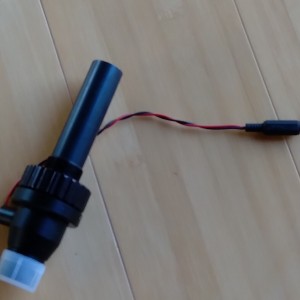 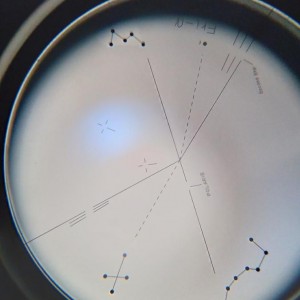 For sale is a AP 800 Mount. Paint has chipped off of the mount so its not a pretty one, but it does the job and the clutch plate has been replaced with a new one. No encoders, just the standard hand controller. Includes an AP 8 inch pier that has been shortened from its original 54 inch to where the top of the pier is now 48 inches high.

The attached AP 16 inch easy balance dovetail saddle DOVELM162 with riser plates SBDAPB, which is how George at AP told me to mount a dovetail saddle to this mount, is not included in the advertised price. Its new, used just a few times. I paid 320.00 for all that and its available if you want it with the mount for half that, 160.00.

There is one slight issue. When in 2x mode the RA motor only turns one direction, in the tracking direction. When on the 8x, it will move both directions, when in the 2x mode, it moves just one direction. So there must be a bad connection or something leading upto the motor for the eastern motion at 2x. It was beyond my meager electrical ability to find the problem and I was not very motivated as I just used the mount with the manual slow-mo controls, however, i would think its fairly simple for someone with some proper knowledge of electrical testing.

I have not tested the reticle illumination power port that is on the declination axis as I did not have a cable that would hook my polar alignment scope to it.

I have several 9 lb AP stainless counterweights available with the mount for 85.00 each.

As an option I have an older style AP polar alignment scope for 75.00 with the mount. It has the older reticle which has now expired.

I would prefer to deliver this mount as compared to ship largely due to the immensity of the pier. I am going to California the last week of September and so if you are in that area you can save a lot on shipping by having me drop the mount to you, not to mention having the opportunity to inspect before you buy. If you don't live in California, maybe you live somewhere else I will be going to before long, just let me know if you are interested.