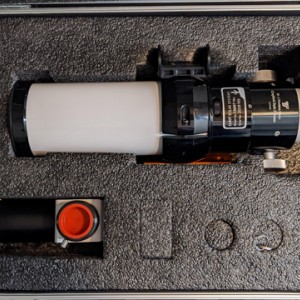 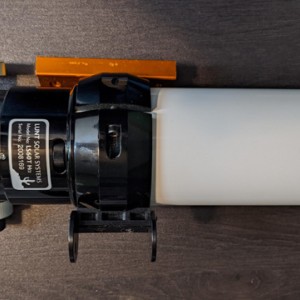 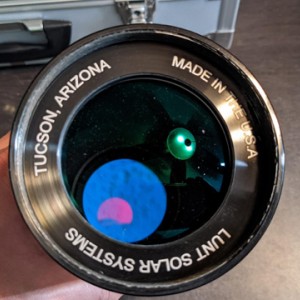 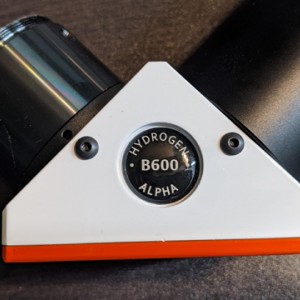 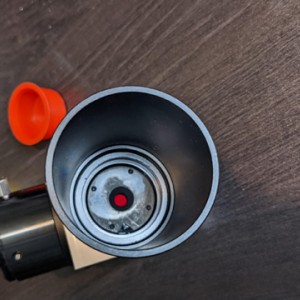 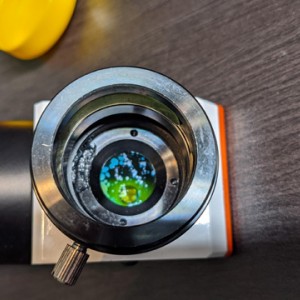 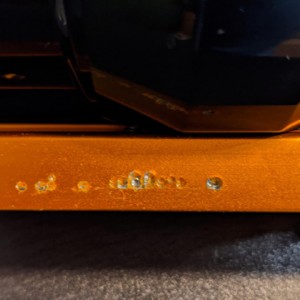 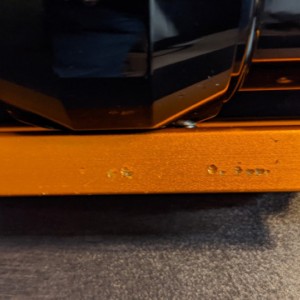 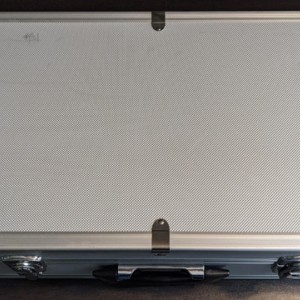 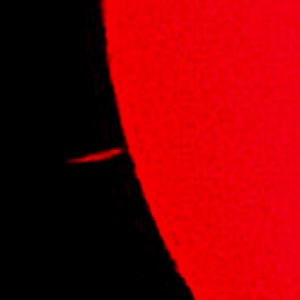 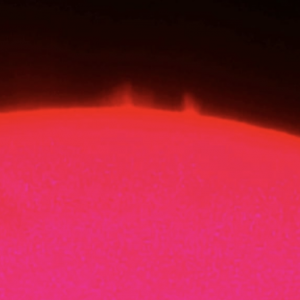 Up for sale is a Lunt LS60THa tilt tuned, single stack 60mm H-alpha telescope. Too many telescopes and other things, and not enough time for this. I think it is in good shape, as it puts up a nice solar image and when tuned to the right wavelength, there are lovely prominences visible through it. You can see in one of the photos that there appears to be something odd about the blocking filter though. I don't know what that is, and yes, that melted area was like that when I bought the telescope used. There are also marks on both sides of the dovetail from clamping knobs (I know some of these were not from me, as I only ever clamped on one side). Both appear to only be cosmetic issues, not functional ones. But price is a bit lower to reflect this.

I've attached a couple of photos I took of a prominence through this telescope with my cell phone. Comes with the B600 blocking filter, standard dual-speed Crayford focuser, caps for the blocking filter, metal front aperture cap, telescope, sun-aiming device attached to the ring/dovetail assembly, and a 2' to 1.25" adapter, the last of which really can't be used on this telescope anyway, but it does help for keeping dust out during storage. Aluminum carry case with keys included. 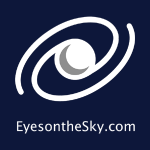