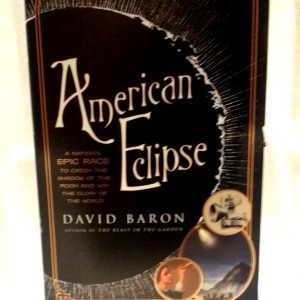 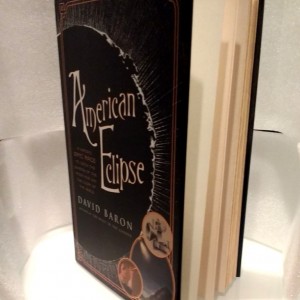 Review: Richly illustrated and meticulously researched, American Eclipse ultimately depicts a young nation that looked to the skies to reveal its towering ambition and expose its latent genius.....On a scorching July afternoon in 1878, at the dawn of the Gilded Age, the moon’s shadow descended on the American West, darkening skies from Montana Territory to Texas. . Acclaimed science journalist David Baron, long fascinated by eclipses, re-creates this epic tale of ambition, failure, and glory in a narrative that reveals as much about the historical trajectory of a striving young nation as it does about those scant three minutes when the blue sky blackened and stars appeared in mid-afternoon.