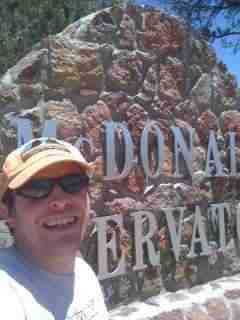 Started by LivingNDixie , Sep 10 2003 10:15 AM
This topic has been archived. This means that you cannot reply to this topic.
27 replies to this topic

These are mentioned in the The Backyard Astronmers Guide by Dickinson and Dyer. Can anyone tell me anything about them, I just see them on astromart every once and a while. I am not looking to buy any.

This is going to be quite long, but you will perhaps find this interesting.

Clave (Or Clavé) eyepieces were the first mass marketed Plössl: aside from Plössls built by Zeiss (Pre WWII), they likely remain the sole "true Plössls" eyepieces available (other Plössls eyepieces are in fact Symmetricals, far cheaper to manufacture, but with lower performances). Clavé eyepieces are still considered as superb eyepieces and very, very, hard to beat for contrast, light transmission and sharpness over a 51 degree AFOV. There are eyepieces with slightly better contrast or light transmission, but they will sacrifice AFOV (such as the Monocentric eyepiece).

Originally, the eyepiece was designed by Jean Texereau (world renowed optician, among amateurs and professionals) in 1953 when he was the head of the "Commission des Instruments" (Telescope design and construction group) of the SAF (Societe Astronomique de France, the national association of french amateurs astronomers). Basically, he contacted two firm to produce his Plössl design, one of them Clavé. Clavé produced the best eyepiece of the two firms and was chosen by Texereau to produce this eyepiece. Production started in 1954. The focal length available were quite extensive: from 3mm up to 75mm. The later 2in (or 50mm barrel) eyepieces (40mm, 45mm, 50mm, 55mm, 60mm, 65mm, 75mm) are often called "Pic du Midi" for they were mostly designed to be used on professional Planetary scopes at Pic du Midi. Of course many amateurs who own long focal length Cassegrains also use them. Clave eyepieces were availabe in two different barrel size 27mm/50mm (French barrels) and the (now) classical 1.25in/2in US barrels.

I personally own three Clavé eyepieces:

My 30mm Clavé is my favourite eyepiece on my 8in SCT, with or without a barlow. With a x3 Barlow, it easily beats a 9mm UO orthoscopic for planetary work and deep sky work. On a friend's 10in f/6 newtonian, this eyepiece was found to be sharper than a 35mm Panoptic (of course FOV was smaller!): the veil nebula was an intricate latice with the 30mm Clavé. But the real surprise came when we made a comparison on M15 and a couple of other globular clusters between my Clavé 30mm with a x3 Barlow and a 9mm or 10mm (I can't remember exactly) Televue Plössl. The TV Plössl gave unsharp star images ...until we switched to the Clavé/x3 Barlow combo: stars suddenly became pinpoint sharp. After that my friend's TV eyepieces didn't see much light during the night... I am *NOT* dissing Televue: I own a 13mm T6 Nagler which I consider to be superb. Simply, I am in agreement on this subject with the author of this paper when it comes to the compared performances of a "true Plössl" and a "symmetrical" eyepiece:
http://www.brayebroo...ofEYEPIECES.pdf

PS: No my Clavé Eyepieces are *NOT* for sale, at any price.

Wow sounds like you could work in their advertising dept!!! So, Claves still made or are they more like collectors items.

PS
Thanks for the link to the file, really interesting...

Clavé has been just made repurchase by the Astronomix company of Paris, this company produces famous Clavius 166 and will propose soon 166mm 203mm 254mm and 406mm clavius. Internet site of Clavé will be consultable soon

Clavé eyepieces might sell for less in France, but there are few available. I guess Fred will agree with me that here in France they also have cult status.

I've got to agree with you. I own three Clave eyepieces for my 12.5-inch f/15 Cassegrain. The eyepieces are a 16 mm, a 35 mm, and a 75 mm. (No, not a typo, a 3-inch FL eyepiece). I've tried Televues and thet're not even in the same class. The eye relief on the Clave is adequate, and the contrast and sharpness are superb.

These were originally distributed in the US through Cross Optics.

Even the caveman has a clave!! But only one 12mm, barrel size 24mmn ... its a LULU!! John Pons has boxes of full of Claves from the 50s. Some other eyepieces I have with as much contrast are the Kogakus. Also I have one 7mm old Tak 0965 that seems to have these same qualities. For the price there geting from collectors for the Claves I think there are better values out there!!

I've tried Televues and thet're not even in the same class. The eye relief on the Clave is adequate, and the contrast and sharpness are superb.

I bleeped-off Al Nagler at RTMC many years ago by telling him that while his plossls were excellent the Claves were better in contrast. He did NOT look happy.

So the question comes to mind, if Clave Plossls are (or were) excellent, what killed them? Why can we not buy them new?

Oh, if anyone has any Claves for sale, I am interested in purchasing them. <grin> Just email me off-line.

I am fortunate to have a set of 7 Claves plus the barlow lens. I and friends have compared them to many different eyepieces, and with the possible exception of the 1 1/4" Zeiss orthos, they are as good or better than anything, at least in my opinion.

Many of the early ones had a smaller barrel than the later 1 1/4" versions. Most, like mine, do not have threads for filters.

Last I heard several years ago, the Claves were being sold in the US by S&S Optika of Littleton, CO. They still have a website, but I don't know if they still sell the Claves.

I've tried Televues and thet're not even in the same class. The eye relief on the Clave is adequate, and the contrast and sharpness are superb.


I bleeped-off Al Nagler at RTMC many years ago by telling him that while his plossls were excellent the Claves were better in contrast. He did NOT look happy.

and you livged to tell the tale!

Warning don't look thru a Clave as well as any other expensive eyepieces, as you will simply have to own one, ran across an 8mm Clave few years back, currently enjoy 5 MM Nagler, some internal reflections but both amazing...

My Clave stable 35mm, 16mm, 12mm, 8mm. Outstanding performance on all of my scopes. These are my oldest eyepieces and see consistent use. I agree once you use one you understand excellence.

I have not collected Clave But John pons has two compete sets from the 1950s They are awesome. John walked out at the one of his star parties and droped a very old 12mm Clave in my hand and said its yours!! I will keep it as long as I can!!! (aveman

Clint,
The only thing I ever had dropped on me was a bomb!
Bill :dabomb:

Interesting information as to the Claves. I'll just have to stick to my Brandons for now. Best of luck.

Wish I had a set.

Rob will you send me your contact info.. We hae a group of locals and my wifes a teaher in Van nuys.. Clint Whitman

My take on them is not the same as posted here. Perhaps I had a less than perfect example? I purchased a 12mm 1.25 barrel Clave back in the early 90's. The images through my very sharp 6" f8 reflector were sharp and crisp, just as they were through my old style UO 12mm Konig. The Clave had a slightly smaller field and similar eye relief. After spending hours looking at Mars comparing these 2 eyepieces I could see no advantage to keeping the more expensive Clave. I posted it back on The Starry Messenger and it sold the day the ad came out (about $85 if I recall). My only regret is not keeping it until today were I would have made some money on the deal:-)