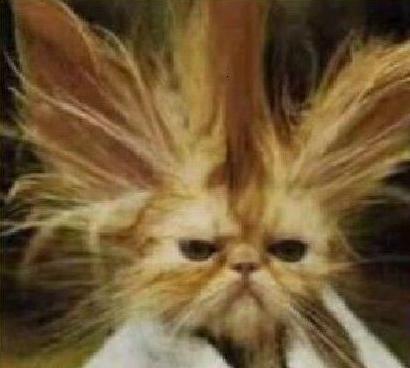 With my SCT, I'm still following Mars at ~600x, and getting fairly detailed drawings despite the fact that it's barely 8" in diameter. I have a 5mm ortho on the way, so soon we'll see how it does at ~700x. I expect it to perform well.
IMO, any telescope that will provide a sharp view of Mars with good detail and contrast at 600x deserves some respect as a planetary scope.

Awesome Rick. My Nexstar 11 under good seeing shows a ton of detail on Jupiter and Saturn. I didn't get out much this time for Mars because of work...


It's true that for a given aperture an SCT is a relatively poor planetary performer compared to several other designs. The SCT advantage is that above 8" or so the cost of those other designs (plus the cost of the mountings required) is so very much higher that they become unrealistic alternatives for most folks. When compared to other telescopes of significantly less aperture, the SCT looks pretty good.

I'll believe you. The issue of CO I feel is blown way out of proportion. The theory looks good but there are some many other factors that over whelm the theory.
Like any other scope if the
Optical Quality,
Collimation,
Cooling and
Sky Conditions are in line then the views will be good.


I've never been a big fan of any of my SCTs planetary performance. Inch for inch give me a Newt or a Mak any day.

I've never been a big fan of any of my SCTs planetary performance.

Sorry to hear that!

I've never been a big fan of any of my SCTs planetary performance.

Sorry to hear that!


Don't worry, its not problem. 'Horses for courses' and all that...

I too believe the CO is blown out of proportion. Yes all things being equal an 8 inch apo should be able to best a 8 inch SCT, but 7 inch or 6 inch? Ummm...my 8SE, has field tested to be their equal and will give them a run for the money even on planets. To be honest I think many folks don't collimate their SCT's or don't use enough mag when doing it. The same folks don't mind tinkering with their newts, perhaps because they invite tinkering by being open but I suspect it's also because they need tinkering more often.I really enjoy optimizing scopes to perform at their limits and really enjoy going to star parties and seeing peoples reaction to the images this little scope throws up.
It's sort of like the bumblebee that isn't supposed to fly but does and does so very well.
BC

Its not just the CO, there are other design issues with mass produced SCTs that affect planetary views.

Where SCTs and planets are concerned "Seeing is believing" pretty much sums up my attitude...I'll believe it when I see it.

Maybe you need to get out more..I've had APO's Maks and Newts and to be honest

Maybe you need to get out more..


Maybe you need stop being so confrontational?

Gaz, Perhaps you need to get out a little more to do some comparisons..I've had APO's Maks and Newts and to be honest I was skeptical when I bought my first SCT too. But to my eyes and many others the C8SE rocks, ...either the current iterations are better than they used to be (which very well could be the case) or that the collimation needs to be spot on to get the best out of them. It could be both! In any case to each his or her own.
BC

You've got me convinced. Gotta sell the GM8 first, though.

Joe, how come you got rid of the 9.25? Seems from what I've heard, that can be an exceptional scope.
BC


Thats fair enough, my last 'new' SCT was a UHC LX90 about 5 years ago, my current 10" is on old EMC Meade, maybe things have changed. Both gave decidedly average (not poor, just average) planetary performance when cooled down and collimated, I had the 8" side by side with a 8" Newt and the Newt looked noticably sharper, I'm not really in a position to give the design a second (third) go and buy another model.

My 10" SCT is probably my most used scope, good aperture, decent on the Moon, relatively easy to handle and mount..its just not that good for planetary detail.

Understood and I appreciate this exchange of info based upon our own observations. I really don't gush over items that I don't feel strongly about or have direct experience with. I tend to sell off items that I don't feel life up to the hype.
Not long age I had the 8SE out with some astro friends at a nice dark..ish sky site. One of them had a 7 inch Meade ED refractor. We had them side by side on many objects and surprisingly the little 8 put up the more memorable views of the evening. We had Saturn in both and the owner of the 7ed, said he had never seen so much detail, shading and contrast.
This was from a confirmed, until that night, refractor guy. He was so impressed that he bought a C9.25.
Thanks again and clear skies!

Maybe you need to get out more..

Maybe you need stop being so confrontational?

Gentlemen, please. We can all enjoy a good hearted debate. Let's not get personal, ok?


I think we weathered the storm...

Of the scopes I've owned, inch-per-inch the SCTs have performed the poorest on planetary targets.

I had an Ultima 2000 (C8) that knelt in homage to both my Meade 127ED and my D&G 5" f/10 on Jupiter and Saturn. Though I donated that scope to a local Jr. High science department, my current catadioptric (an Intes-Micro M715 7" f/15 MCT) outperforms both the D&G and the Meade on the same targets IF seeing is reasonably steady and the scope is fully cooled. My old 12" Orion Dob served up the best Jupiter views I've ever seen through a scope I own. Both the Intes-Micro and the Orion have 25% COs.

I think the big advantage of SCTs versus other designs is aperture and portability in combination, per dollar. In good seeing, aperture brings resolution and can overcome other drawbacks. That's why I am looking at selling an Orion 100ED and a now-damaged D&G 5" f/10 and replacing them with a C11 OTA. The C11 slots nicely in aperture between the 7" MCT and 15" Obsession, and I cannot touch its aperture and compactness with any other design at it's $2000 price of entry.

What do I expect? I expect that on a very steady night of good seeing, when the 11" SCT is collimated precisely and fully cooled, it will surpass the 7" MCT and any of my refractors (which top out at 5") on planetary targets. On turbulent nights of poor seeing, however, I suspect the smaller aperture, smaller CO'ed, higher optical and mechanical quality refractors and MCT will give the better views.

I am expecting about 40-50x per inch out of the C11 on good nights (similar to your 42x per inch in your C14 at 600x). This translates into more magnification than I can consistently generate in my smaller scopes on the same night, even though they tend to "loaf" at 40-50x per inch. In addition, on DSOs, the C11 should exceed all but the larger scope in performance.

So I guess that's a long-winded way of saying that I agree with you that SCTs (especially the bigger ones) are good planetary scopes, but that the reason for that isn't optical design excellence or optical quality, but rather aperture-fed resolving power versus smaller CO'ed or non-CO'ed designs. Put another way, I doubt there would ever be a night that a premium 11" or 14" f/10-f/11 APO triplet would NOT be better than a C11 or C14 respectively on planets. But who can afford such a scope?

Personally, I've rarely met any telescope I didn't like.

I've often heard the statement "inch for inch, refractors are best." But inch for inch isn't really a very meaningful metric IMHO. Dollar for dollar or pound for pound sound like they would be much more reasonable ones.

I gotta say... the seeing conditions have to be spot in the UK to get the best out of an SCT planet wise.. 70% of the time I find my C8 is not upto much. A MAK or 4" plus APO is a winner here.

Having said that on a great night the SCT is knock out. Can't change the UK weather, so horses for courses!!

Remember the four items I posted above?
The first, Optical Quality, is about a particular scope. Just because one xgF8 is bad doesn't mean the next xgF8 is bad and vise versa. As each piece of optical glass is ground, polished, figured and handled individually then assembled there can be a big enough difference from one xgF8 to the next. Check Damian Peach's articles on telescopes and planetary imaging.
This is something that you can't do much about once you have bought the scope, except have it re-figured or sell it.

The next two, Collimation and Cooling, you do have control of so it to your advantage to optimize them.
The last one, Sky Conditions (ie seeing), nothing can be done about this except be viewing when there are good.

In short, it is not the optical configuration as most modern designs are capable of excellent performance but the individual scope and how it is set-up and used by the observer that makes good or poor views.

Joe, how come you got rid of the 9.25? Seems from what I've heard, that can be an exceptional scope.
BC


Just too big, BC. Good scope but it wasn't getting used. Had a GM8 for it and between setting that up and mounting the scope, too much time was being lost. Rarely do my sessions go beyond 3 hours and they're often cut short by the arrival of cloudbanks.

Therefore, scopes that take one or, at most, two trips to the yard work out the best. Anything else is more trouble than it's worth. I think the Nexstar 8SE is about the largest scope that would meet that criteria. Less is more....for now anyway.

The C6 OTA got here today. Looks great on a Skyview Pro and easy to move around. We'll see how that works.
Bob