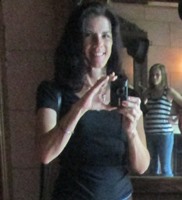 It's not that bad. The toss-ups are questions that amateur astronomers should know; they're worth 10 points each. What makes the toss-ups exciting is this--a toss-up can be answered the *very nanosecond* one knows, or thinks they know, the answer. I'll have a lockout-buzzer system there for that reason.

Toss-up clues start from the most obscure and work their way toward easier references. This is meant to prevent questions where the only sanguine clues are towards the end; those questions are bad because that's little more than a test of reflexes. I want questions that reward knowledge over quickness, in other words. With a full slate of 10 contestants on two teams of 5 each, it's very likely someone will know the answer to each toss-up.

The bonuses will be worth 30 possible points, and are broken up to several portions to award partial credit. I anticipate most, if not all, of the toss-ups to be answered correctly, and about 60% of the bonus points to be rewarded.

In fact, here's some actual questions I used at this year's Hidden Hollow event. They won't be in the BEOTS question packet but these are representative of the type of questions I'll be asking:

Sample Toss-Up 1: "First noticed in 1596 by David Fabricius, it typically ranges between 3rd- and 9th-magnitude over a period of 11 months, and is named after the Latin for â€œwonderfulâ€. For 10 points, name this variable star in Cetus." (A: Mira)

Sample Toss-Up 2: "He was formerly a monk with the Vendanta Society Monastery, but you probably know him better for his tireless work with the San Francisco Sidewalk Astronomers and his pioneering design of economical, alt-az mounts for large reflecting telescopes. For 10 points, name him." (A: John Dobson)

Sample Bonus 2: "Few things assuage stargazers on rainy nights like a good book.
(a) First, for 10 points, what Ohio stargazer wrote the classic ode to stargazing titled â€œStarlight Nightsâ€? (A: Leslie Peltier)
(b) What many consider *THE* text for constructing large telescopes is the book â€œThe Dobsonian Telescope: A Practical Manual for Building Large-Aperture Telescopesâ€. For 5 points each, name the authors. (A: Dave Kriege / Richard Berry)
© For 10 points, Dave Kriege founded what company, maker of commercial Dobsonian telescopes?" (A: Obsession)

Again, it's tough for any one individual to answer a bonus question by his/herself, so that's why being on a team helps immensely on these.

It's meant to fun and challenging, but not make you feel like you've just defended a dissertation.

Hey I ordered my 2xx hoody sweatshirt and a huge freakin mug. It had better be cold at night for this!!!

But, I thought I was bringing the Bourbon???

I meant if you wanted to WIN the game

Hey I ordered my 2xx hoody sweatshirt and a huge freakin mug. It had better be cold at night for this!!!

Hi there handsome Solar Stud. I'll bring a bucket of ice to throw in your tent just in case.

Jason, I don't know about you, but I take compliments any way I can nab 'em!

Just say "thank you" and hold your head high, Man.

not that Im a m...o...m... or anything but arent we in the wrong thread for all this chit chat....hmmmmmmmmm

Whaddya talkin' about?? I was just acknowledging the fact that I SPENT money on a nice warm sweatshirt and a coffee mug to that cute SOLAR GURL who announced that YOU any everyone else in the BEOTS club maybe could or should support a worthy cause. But NOOOOOOOO...you hadda make a case out of it!!!
.
.
.
.
.
.
.
.
. LOL!!! Just messin with ya!!!!!!

But, I thought I was bringing the Bourbon???

I meant if you wanted to WIN the game


I meant for the 'tude to go away

, not the bourbon. Being smoov and relaxed could pay dividends in Astronomy Bowl. As for me, I'm already relaxed, now I find it doesn't require bowling balls, pins, and an alley...

Andy, it's ok, really! I said I was just messin' with ya!

You going there this year?

Andy, it's ok, really! I said I was just messin' with ya!

You going there this year?

Well gang, the time is drawing nearer! Only 25 more days until BEOTS II !!!

I'm getting excited about the star party and things are moving right along. Got the tent/tables/chairs and "turlet"

rented today so there's another thing off my list!

If anyone has any questions, please feel free to post your question or send me a PM.

Have a great day!

I'm wondering what I should bring - we're coming out a couple days ahead of time, so I guess it'd better be something non-perishable.

No profit will be made from the sales.

Thanks to those that contributed their images/sketches and time toward creating this year's logo and creating the BEOTS apparel at cafepress.

Don't forget to order your BEOTS swag so you can be dressed properly for the event!

I'm wondering what I should bring - we're coming out a couple days ahead of time, so I guess it'd better be something non-perishable.


Greg, So glad you and Mandy will be here! Why not bring some water/pop/beer/whatever to add to the coolers? We can never have enough beverages.

Just ordered out BEOTS gear also! (wish there were more options for women Gerri's size - 5'0", 95# - but at least found one thing I think will fit

Hadda settle for hats for the boys since there's no kids sizes either (especially for kids my boys size!)...

only 17 days until we being the journey!

Or, alternatively, 20 and a bag drag.

15 and a wake-up for StaRV II, Maggie, Casey, and I to take in all lines and get underway...hopefully, I'll finish this phase of painting the house before departure (1 and a wake-up for finishing the primer coat). While waiting for the weather to settle down I did at least clean StaRV II, do some minor maintenance, and finish some upgrades.

14 and a wake-up for stocking the cold storage with shrimp and a standing rib roast....

Holy Moly - :o only 20 days left!??? Di/Scott, Sorry that I havent written sooner - BEOTS has been on my FAMILY Calender (i.e. THE schedule) for over 8 months. At this point Richard (slick_rick) & I are both planning on attending again this year. We intend to stay in tents again - over by the trees (again) would be nice (I snore LOUD...

). Howz the poison ivy over there this spring??? Richard's wife (med-tech) works that wkend so he is responsible for his 2 young girls (9 & 11 yrs I think)- we are not sure if we will be bringing them yet, or if I have conned my 2 teen girls to cover sitting duties for us. I'll bring a dinner/meal-type dish and probably something chocolate

. I'm looking forward to butting onto Erika's solar again and am hoping JCrilly is there with his big DOB (JC, I'd love to see G Cluster Abell 1656 in CB

- my 8" doesnt do it justice). Di - if there's something you'd like me to do/bring, let me know... Praying for clear skies - see ya'll there
Steve

Steve, it'll be nice to meet you. I say bring the girls; my boys (Hampton and Matthew) will be 11.75 and 8.5 respectively, so pretty much the same age... The more kiddos around the better, IMO. They get to a critical mass where they're much better at "self entertaining"

Wow... 13 days and a wakeup before our family starts the trek! Can't wait! sure hope this super HOT heat wave and thunderstorm thingy hitting the midwest and northeast goes away by then!

aaahhh dave - yes having kids is nice... REALLY ... BUT if they are NOT there it is much easier to partake in the adult entertainment, steal unscheduled sleep, and take less care of ourselves...Hope to see ya there too!