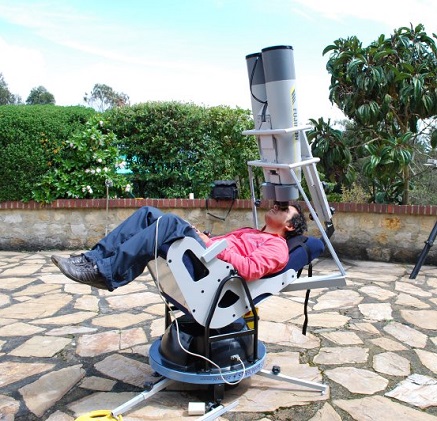 The BEST Binoculars I've EVER Looked Through!

For me it was my father-in-law's Swarovski 8x42 - daytime use. Astonishingly bright and sharp to the edge with perfect color rendition. I was left with the impression that the instrument is, in a way, a work of art.


Considering the many high-end binos that Piergiovanni has reviewed, I am quite pleased to know that I own 3 of the 13 he mentioned.

It has to be the Nikon 8x32 SE's and the Nikon EII for me.
Then the Nikon Tropical and My lovely Binuxit's!

Binocs I have either owned or used....

I haven't look through many binos. So far Nikon SE 8x32 has given the best views.

My pick is the Fujinon 25 X 150 ED. I have owned it for eight years, bought it new. The only significant negative is the weight, and to a lesser extent, the straight through eyepieces. I would like to have the 45 degree eyepieces, but they were prohibitively expensive when I bought mine. Now they are no longer available, except from one overseas vendor, and are unbelievably expensive. Under dark skies the 25 X 150 ED is incredible.

.do NOT try this at home.

(make sure the casual visitor knows this is a joke, haha)

I don't have the money for super sized nice binoculars. So my Docter 8x56 would be the finest I have looked through. I spent several years quite a few years ago with an Octarem 8x50 that was pretty darn nice too! My eyes being 15 years younger may have helped, lol!

Bringing back a classic thread, well, I might as well add my two cents...

As a relative newbie, having only seen through a handful of binoculars (all of them my own, since no one around me apparently has any mid-to-high end), I can say that the Fujinon FMT-SX 10x50 are absolutely stunning under the night sky, and the best I've ever looked through. They're pretty good during the day, with some definite CA if you don't position your eyes perfectly, but decent contrast, definitely not "worthless" for daytime use. That said, due to the IF, most people (including myself) will never use these as their primary daytime binoculars. That's where the Nikon LX-L 8x42s come in - super sharp all the way to the edge, nice and bright, smooth and fast focus that just locks in. I am receiving my SE 12x50s today so my "best binocular" choice may change. I will obviously have to wait to get them under clear dark skies but I have heard many good things, so I'm eager to pit them against the Fujis. I will probably end up getting rid of one of my pairs soon, to try and justify buying either the APM 82deg FPL53 BT or 100deg Semi-APO in a few months. Going to have a tough time choosing between those two.

Impossible to pick one for 7x50s...so many are so good.

Any chance you could post some photos of these choices ? Especially as they are so uncommon ? "World 21423  Super-Anastigmat" has to be the greatest name for a binocular ever!

Blind as an Eagle

Blind as an Eagle

Best view through a binocular was with a Zeiss 7x, 50mm IF porro marine type I checked out at during daylight hours in and about an optics shop in 1980. Stunning view for sure. $1000 retail there.

Runner-up is my  Fujinon 10x, 50mm FMTR-SX. I do mostly daytime viewing due to the fog, smog, and light pollution here. It does quite well, but

An FMT-SX 8x, 56mm I think would be a fabulous instrument for daytime observing, but alas...

I checked out a new Leopold Gold Ring 7x, 35mm porro CF bino about 15 years ago, which was very nice. The price was about $135 at a Wallyworld. Image quality was so good I was both impressed and surprised. Again, a daylight observation.

Best optics I have looked through, hands down, were those of the aft battle periscope on a diesel submarine at the Norfolk Va Naval Base on Armed Forces Day open house in 1965.

I'll bet that sucker had a substantial sticker price. And worth every $.01 spent. Not much for hand - held use though.

Any chance you could post some photos of these choices ? Especially as they are so uncommon ? "World 21423  Super-Anastigmat" has to be the greatest name for a binocular ever!

Here are the 'interesting names':

---"Super Anastigmat" seems like a presumptuous claim, especially for a 3-element eyepiece,

and the early 50s were also extreme precision fields as well, but this sort of tops them, I am assuming

aspheric techniques, all in glass, since the ~50 deg field trounces any Kellner.

----The "Town & Country"  also appears to be best-in-class, from the mid-JTII period, and more obviously

aspheric....10 degree, 70-afov, clean to the edge, clear and bright.  There are other good 3-element

farmers, many of whom were quite wealthy in the 50s and 60s., but far from department stores.

As a "farmer-baron", you used credits awarded from your

I like the shoulder-plate wear marks on the Super-A.... it indicates careful but constant use over a long time.

At auction, that kind of shoulder wear is a flag for a special model.

My answer changes through time.

From the 1990s through a few years ago, it would have been Carton Alderblick 7x50s.

Up until a few weeks ago, it would have been Fujinon Polaris FMT-SX 10x50s.

I honestly have never looked through a roof prism binocular, including Leicas and Swarovskis, that I really liked.  Roofies look static and "dead" to my eye.  They are awesomely sleek and compact, though, and when I backpack with binoculars, it's always compact roof prisms, but optically they appear somewhat compromised to my eye.

This is a very old thread which originated in 2010.  I made a post to it a number of years ago in which I listed the Swarovski 8.5x42 EL (Swarovision Model, not the original EL models which date back to 1999) as the best binocular that I have ever looked through.  Since that time I've encountered others which I rate right up there with the 8.5x42 model that I previously had single out and praised.  And those others binoculars that I've since come to appreciate as being in the same league (image quality wise) as the 8.5x42 Swarovision ELs are the 8x32, 10x50 &12x50 versions of the Swarovision EL binoculars.  I have not had an opportunity to look through the 10x32 and 10x42 versions of those same binoculars but I would be surprised if they were league as the others ones in the series which I have tried and have been impressed with very much.

At the SPIE   convention last week,   I spoke with a representative at the Asphericon   booth,  He said that Swarovski are using   molded GLASS aspheres  in  at least some of their  eyepieces.     Asphericon  have a large  chart which shows   modern applications   of aspheres  in optical design and production, including eyepiece  design,  showing  effects of  use of an asphere  at  various locations in an  eyepiece.

OPTIMAX, near Rochester, NY.   have aspheric  capability and products.    Their  chief designer/technical  leader  did not authorize  sale of   the notes for her  short  course  at the bookstore.  Other short course teachers have .   Those SPIE short courses  are $$$, but if  one's government contractor  or big industry  employer  is paying,   the attendee  would be indifferent to the cost.

I believe that it was Richard Buchroeder who recently  posted    a copy, not on CN, IIRC,  of a 1936(?)   Richter  eyepiece design  which has an asphere   on a surface different from the  surface used in the Koenig aspherized   orthoscopic   eyepieces.

Well, I got into binoculars in a backwards way.  First got into telescopes, then much later binoviewing, and after I realized how much I loved binoviewing got into binoculars.  Got a real education here reading through the threads on this forum, and a lot of truly excellent advice from fellow CNers along the way.

I have had the Fuji 10x50 (excellent, but not contrasty enough to me at least), the Fuji 16x70 (optically excellent but eye relief too tight to enjoy viewing for a long period), and the Nikon 12x50 SE (optically excellent and comfortable to use).  I have also looked through a friend's Canon 10x42 L IS both mounted and unmounted and thought that the views were very impressive.   Still, I was wondering if there was anything even better.

To my eye, all of these were surpassed by the 10x42 Swaro EL SVs that I purchased.  YMMV, but I found them to show quite a bit more contrast and also tighter stars than the already very respectable Canon 10x42L IS in a side by side comparison one night.   I like to use my 10x42 EL mounted for astronomy, and it is the best I have ever looked through.  For handheld my favorite is the 10x32 Canon IS - not optically as clean as the Canon 10x42 L IS- but both  lighter to use and more portable ( really looking forward to hearing how  the new generation of 32mm aperture IS performs when it comes out soon).

Thanks so much for that photo and the information.

Secondly, for me the overall best binocular I have ever used was (is) the Nikon 10x42SE.

To my eyes, the Nikon 10x42 SE exceeds all the others in every conceivable aspect.