It looks literally like c7 to me, but could be symbolic for crescent Moon & comet tail -- or just about anything else...

It looks literally like c7 to me, but could be symbolic for crescent Moon & comet tail -- or just about anything else...

Anyone know this one?

Sure do wish I knew. Having one just like this, for years it has had me scratching my head and looking for any information. There have been at least two owners posting photos asking about this one and, to date, no manufacturer's name has surfaced.

I have not been able to identify this import symbol from Edscorp.

SOC is Showa, I believe

I'm not even sure how to search for this. Is it a "dash dollar sign" or a "cross S"? Either way, does anyone recognize it?

I'm curious about this mark as well.  I have a Coulter 12.5mm volcano top orthoscopic that has a similar looking mark on a sticker.  On my Coulter Ortho it looks a little more like an oblong crosshair, with "JAPAN" next to it. 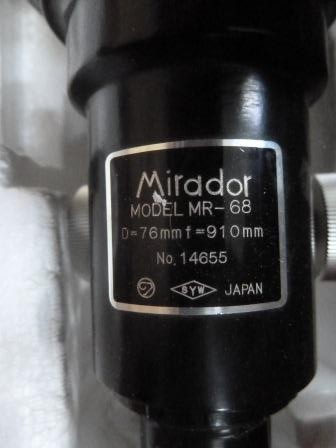 Found another 'C7' on ShopGoodwill today, this time the scope was also marked SYW. The 7 looks a bit funky on this one.

Looking for other Miradors with C7 markings, I found this one which is a bit more stylized on an MR-66 (that was also marked with the Astro Optical mark) 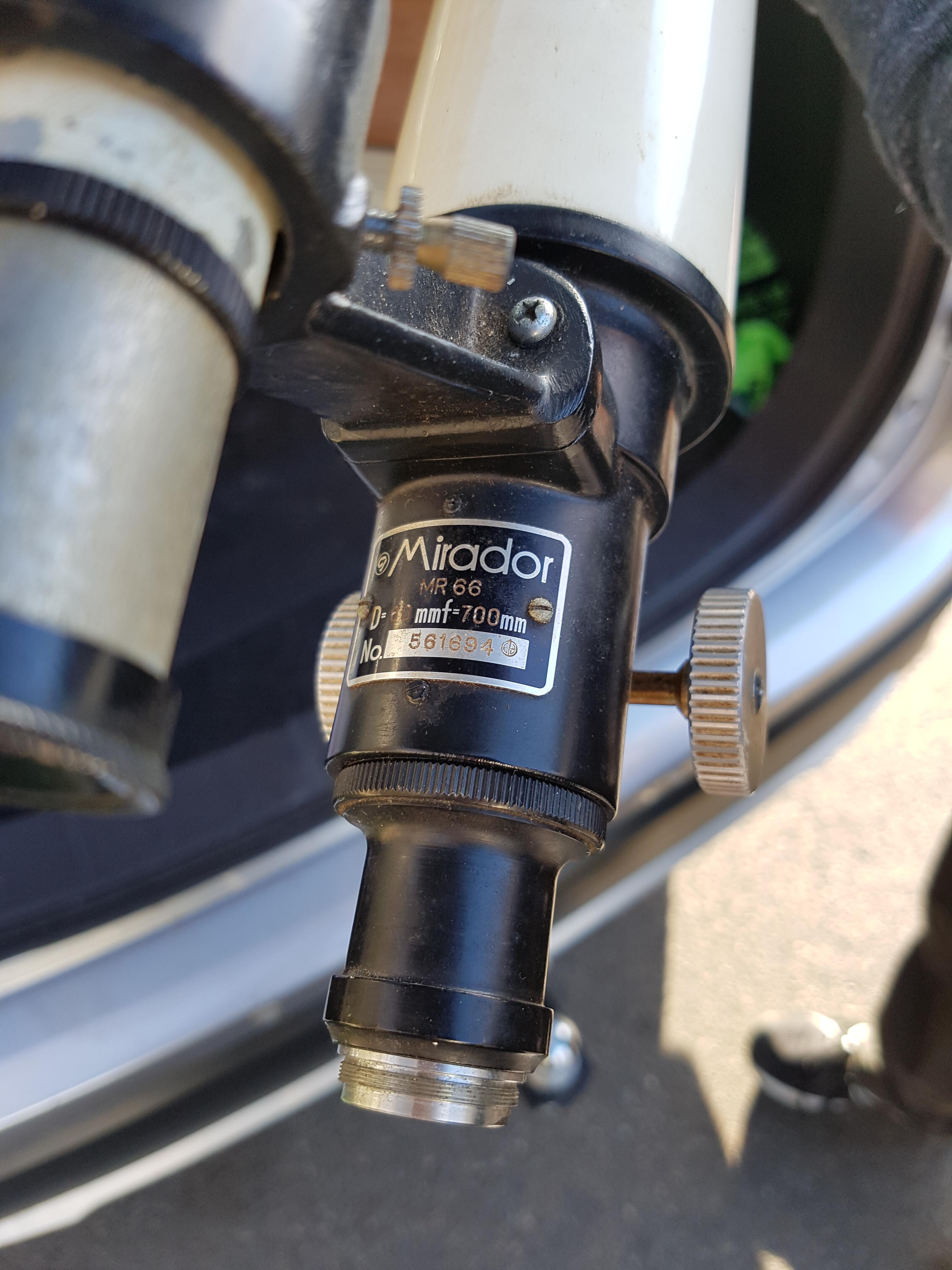 Correct. Many exporters appear to have their specific marks on binoculars and telescopes as well. Other markings represent the actual shop that assembled the bino or scopes in our case.

Going thru the archives of "The Comprehensive List of Japanese Symbols" thread, many believed that the mfg or distributor symbol on the 1960/61 and up Swifts is "A V A". Instead I now believe that "A M A" is the correct abbreviation which would stand for the "Associated Manufacturers Agency".

With respect to Swift 1960 or 1961 on up telescopes that do not have the infinity symbol on the name tag. I found this information listed several places on the following website of miniature binoculars.com pertaining to what the three letters and or symbol actually represents on the focuser name tags.

"Japan based Associated Manufacturers Agency located at Nakano 6-22-10 Nakano ku, Tokyo, Japan is a Japanese trading company and/or importer and exporter. Believed active from around 1958 to the present, it is listed in Japanese business directories as specializing in “Optical Instruments and Lenses”.

This is information I've come across trying to research the distribution/exporter origins of the older pre 1960 Swift & Anderson telescopes using the site looking for correlations of Swift bino mfgs/distributors.

So, this scope was made at Kugahara, and Oriental Trading Company passed it on to "circle W", the endpoint U.S. retailer, in this case Montgomery Wards, then. 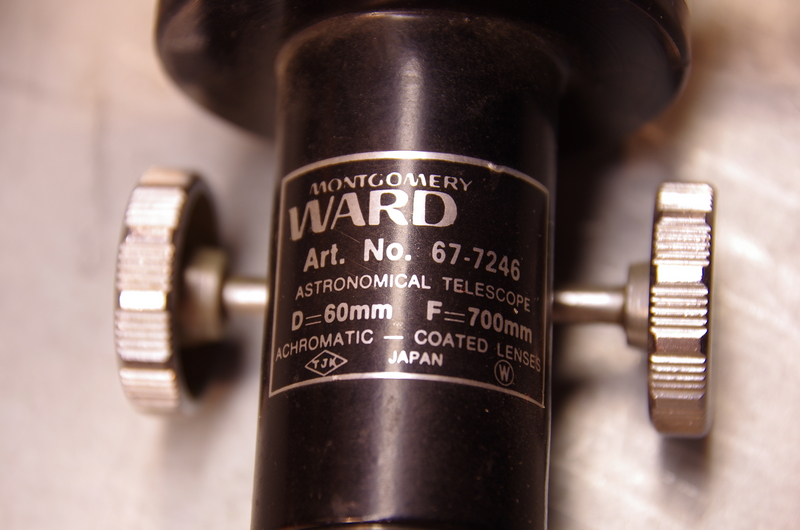 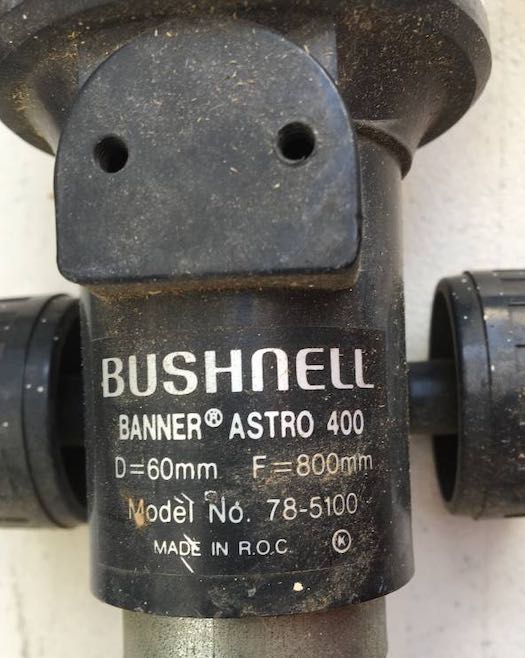 It just ads to the confusion.