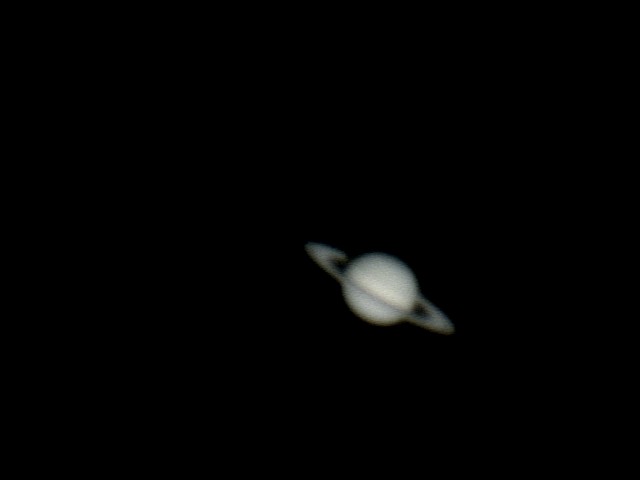 Telrads are great. For smaller scopes, though, I prefer the more compact Rigel Quikfinder.

Thanks for the info Dan.

The clear sky curse is finally about to change.

Tonight's forecast: Clear skies are in the forecast overnight, with lows falling back to the mid- and upper 60s and light winds from the northwest.

It's only been a week since I received this scope, but checking the night sky, night after night, in hopes of good "seeing", seems more like a month

John, I am rather looking forward to tonight myself

I picked up a used Meade DSI Color and have been waiting through the same period of nastiness.

Greg ~ good luck with your Meade DSI Color. Hope you get some good pics.

It's looking better as the day goes on

I see that you & Dan have that color bar under your name. What is that?

And the 4" Telrad riser came in the mail today. So I'm all set for my 1st night out.


I see that you & Dan have that color bar under your name. What is that?


It's a Clear Skies Chart John.

Using SkyX First Light, it appears that Vega should be at my zenith and Altair to my south.

Does this sound right?

Just getting my ducks in line for the A2SA.

Thanks for your time & input!!!

I've just plugged in Daytona Beach into Stellarium for time now and it shows Altair to the East (98 deg) elevation 32 (deg) and Vega NNE (62 deg ) at elevation 56 (deg).

So not sure at what time you were comparing at. But I think I've got it right but never used SkyX so do not know it's quirks.

But if you are worried. Use Solar System align and use Jupiter, then use the got to get to Altair/ Vega or other named star in the named star list. Reset the HC and then use the named star you used above as the first star in a 2 star align and then then pick another from the offered up list and let the scope slew there and pick focus on the nearest bright star. Check the alignment by getting it to go back to Jupiter or use Polaris via the marker stars on the big Dipper. Get that star book out!!

If it does not make sense I 'll have another go, done this quick so not the best explanation, but hope you know enough for this to give you a pointer. Art's definitive guide is the way to go.

Rob ~ sorry, I forgot to give you the time I plugged in:

Rob ~ I will have the charts out

The Solar system align helps you cheat, you get to know where one star is and then use the system on 2SA to get the other. You won't need it after a while, you'll get to know the sky or at least the bright bits

Rob ~ it sure does help!

Once I'm familiar with charts/stars, the solar system alignment won't be necessary. But for now, it's a easy way to confirm what I'm seeing.

The Telrad has docked

It looks like Cloudbase, can't wait for Harmony, Destiny , Rhapsody, Melody and Symphony angels to come in to land in their Interceptors

The Telrad has docked

Which one is the Telrad? :rofl2:

OMW! The Telrad looks like it has the scope mounted to it. Not the other way round!

I knew a Telrad was huge but to be honest huge just doesn't do it justice does it? How about:

Take your pick. Dainty it aint!

Dan & Crusader have got it right. If it was orange, you wouldn't know which way up your scope was.

The 6se looks cute thou.

I'll start with the Spaceship Enterprise, aka Telrad Reflex Sight. Man is it easy to use. I went out around 7:30pm and Venus was setting in the west, so I used it to align the Telrad. It took only a few seconds to dial in the Telrad and I was ready to go.

Question: does Venus(1st time viewing) go through phases like the moon? It had a nice crescent shape. I was surprised to see this because it's so bright.

Anyways, I went back out around 8:30pm and started with the A2SA. I slewed the scope to Polaris and put it right in the center of the Telrad's bulls-eye. Note: I was able to adjust the brightness of the bulls-eye, so that Polaris was much brighter than the red bulls-eye. Again, super easy. (Skip, that 4" riser really helps.) I then looked into the EP and Polaris was close to center, needing a slight adjustment. I then picked Altair as the 2nd star and when the scope stopped slewing, Altair was close to being in the bulls-eye. I then adjust the Telrad & then the EP and the scope confirmed success.
I then picked Polaris to confirm the alignment and the scope slewed right to it. Beautiful!!!

I decided to try the Sky Align, with three bright stars. I started with Polaris, since I was already there and then picked another bright star to the west and another to the south. Bang!! The scope confirmed alignment. I looked at what stars were used and the 2nd was Vega and the 3rd began with a K(I forget

So now I'm a happy camper. I have an easy finder scope that works well for me and the scope alignment process is now down pat. Hooray!!!

I used a number of different functions, ie tour, stars, M's and the scope worked effortlessly and smoothly.
I called it quits around 9:30pm, leaving the scope set-up with a towel over it, and went to bed until 11:00pm. I got up to find my observation chair soaked with dew. It was really damp, but the dew shield did it's job. Also because it was so damp, I'd have to say that the "seeing" conditions were average, but the sky was clear and the stars bright.

Jupiter was up and I wanted to use it to compare the 5SE to the 6SE. I did the Sky Align, which took the 1st time, and slewed to Jupiter. The optics on both the 5 & 6 are excellent. The 6 does gather more light, but not much more in detail than the 5. But then again, the "seeing" conditions were much better when viewing through the 5, then the 6. So to be fair to the 6, I'll refrain from a finally opinion until I get the same "seeing" conditions that I had with the 5.

It was great sitting in my chair, viewing Jupiter & it's moons while the Go-To system kept everything in the FOV. I used a 12mm EP also while viewing Jupiter and I was impressed with the magnification. Tonight I'll try put the 2X Barlow.

Oh yea, I have a request for other 6SE owners: please describe how the Andromeda Galaxy looks. I'm interested in what you see.

While looking at some objects, I found that if I did not look directly at them through the EP, but rather viewed them from my peripheral vision, it was much clearer. Does anyone else see or understand what I'm saying

. All-in-all, I'm extremely impressed with the 6SE, I love the optics, I like the larger fork arm and how easy the base connects to the tripod.

Note: I didn't put the scope into hibernation because I wanted to do another Sky Align, just to be sure that everything was working properly.

Question: does Venus(1st time viewing) go through phases like the moon? It had a nice crescent shape. I was surprised to see this because it's so bright.

Google is your friend!

you are such a tease

Glad it all worked out for you,the only time I went looking for AG it was a splodge, no detail, just a splodge. If we ever get good conditions in the UK, just look at the Ryder Cup coverage, it's no different where I am, I'll have a look. I think Peter and I are the only one's to use Solar System Align, and to be honest I find it ok, no better or worse than anything else but I do know all of my sites longs and lats.

The Sky Align uses 2SA and from the limited bright stars it can do it with determines what stars you used. The third confirms the first 2 but does nothing to improve the accuracy. So if you know one star, save time and just do 2SA.

You describe using averted vision which is a common technique used to see better details. It is something you should continue to practice and use.

Have fun from a wet, cloudy and miserable East Midlands.