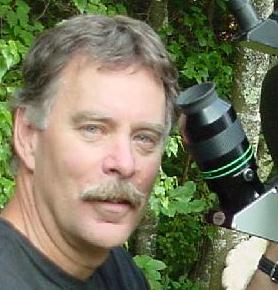 Started by Dennis , Jan 24 2004 09:57 AM
This topic has been archived. This means that you cannot reply to this topic.
8 replies to this topic

Had my first opportunity to do some real exploring tonight. I received my scope over a week ago but haven’t been able to get more than ½ hour to an hour here and there. Clear night and 8F. The house was empty so I was able to turn off all the lights and take the Nexstar 9.25 out for a long drive. It’s my first telescope, and during cloudy nights, I’ve been building a list of targets and have a few nights of observing constructed.

I tuned-up with M45 … such a sight, the veil of light is rather mystical looking. I went up to 160x and nugged my way around. So beautiful! I wanted to explore the Auriga region first so the Nexstar took me to M36 which fills the FOV nicely with the 40mm @ 60x. I stacked to 120x for a pan around the neighborhood. Very nice cluster. Then off to M37. Much more dense cluster at 60x and very pretty, then 120x and up to 160x. Many more stars apparent in this cluster and fun to pan. I pulled out my binos to find these objects manually in order to help learn where these objects live. M38 was much less dense, more open and just right for the 40mm @ 60x.

I tried NGC 405 looking for a cluster with nebulosity, but only found a loose, open cluster that I panned around but couldn’t find any nebulosity. I’ll come back another time.

I have a small Red LED flashlight in my flight bag that I took out with me. Preserving night vision is also important in the cockpit. When I went to make some notes, I put the flashlight in my mouth so I could point with it. Did I mention it was metal. My tongue stuck to it like epoxy. I oh so carefully extracted it from my tongue and lip and couldn’t help but think of the mailbox prank. I put a plastic led flashlight on my gottaget list.

On to NGC 1647 for another open cluster that was nice fill of view with the 40mm. Auriga is a pleasing neighborhood of clusters. Off to Taurus.

I knew that my 53 year old eyes have been showing signs of age. I’m use to looking at things very close with my left eye and my right has better distance vision. I discovered that my distance eye was better than my near vision eye in the eye piece, which I guess makes sense but felt counter-intuitive. I took a left at Taurus and headed for Gemini. M35 is a beautiful cluster that I explored for a few minutes. Then I tried for NGC2392, the Eskimo Nebula. Bingo. A very small smudge appeared at 60x. Went up to 160x, centered, and stacked to 300x. With averted vision (I’m learning tonight) I think I saw one star in the middle. Very cool little dude.

From Echo’s great report on Deep sky observing I had some galaxies on my list. I’ve never seen one. M51 was first … the Nexstar slewed right to it as it has so far all night. Unfortunately, there was a tree between us … It was too late to pull out my chain saw, so I had to moved on. I meant to come back later in the night, but the cold weather slowed my brain and I forgot to return.

Next was M81 … a smudge appeared. I went up to my 15mm @ 160x and had a much larger smudge!!! Need a clearer night, and more eye training to get some detail from M81 but I’ll be back. M82 was much different, a vertical smudge! And again the 15mm made it larger. Need more training but am very excited about seeing other galaxys. I pulled up M31 which was an even larger smudge. I’m so looking forward to better seeing conditions to gather some details with these, my first galaxies. Then it was off to M45 for a pan around at 60x and 120x. I’ve admired the Pleiades for many years (you know how old I am) and it’s so satisfying to get close up. The seven sisters come from a very large family. In Japan it’s called Subaru, hence the logo on their cars.

After a brief trip back into my house to get some feeling in my toes, Nexstar took me to Cancer and M44, the beehive cluster. Somewhat spread out for the 40mm @ 60x, but a very nice cluster worth panning around. In the same neighborhood, I found more galaxies! NGC2683 is an edge-on smudge that I was able to view up to 160x. Tried for NGC2859 buy no-joy. Then to NGC2903 with success at 160x. Finally, NGC2438 which is a cluster with some nebulosity but I could only find a cluster. I’ll call this a miss and be back.

Just then my son and his buddy arrived home after a visit to the local pub. They came a runnin’. Their first peek at the heavens. M42 was first. They both looked in the eyepiece, then up to Orion and back again. They were in awe. Then to Saturn at 60x. I can’t quote them, as this is a family forum, but they were very, very excited. Went up to 160x … they were dancing in place. ( Mabey it was the cold). Then to 300x which revealed a surface band. They started giggling. (My son lifts weights and his buddy friend is 6”4”) They looked up to the sky, found it and went back to the eyepiece. I was having my first star party, and boy are they hooked. Jupiter was up so off we went. Four moons, two or three in very close, surface bands, and it was so large at 300x. There was a glare that I suspected might be frost beginning to collect on the eyepiece with all the excited exhaling going on. More awe. We went back to Saturn for one more look. Then the cold struck em’. I had on full battle gear but they were in street cloths. It was finally time to call it a night.
In ways, I’ve got this out of my system, and into it at the same time. I felt like I took a ride down the highway by taking in so much tonight and will come back tomorrow night for a slower ride in each neighborhood. This Nexstar 9.25GPS is quite the ride! I’m waiting for my 2” WO diagonal and an Astromat 35mm PanOptic. I think it’ll be like putting Michelen’s on my ride. Clear nights!

p.s: Sorry for going on and on.

NEVER apologize for a great observing report. You really need to get yourself out to a dark site to help pick up the faint fuzzies. The 9.25 is a great instrument and another good thing to try is the Celestron tour.

You're going to love the WO 2" diagonal. The views with the Pan will be great as well.

That was an outstanding observing report Dennis. Well done!

Most inspiring, Dennis. I have the identical telescope but I don't think I've had such a fulfiling experience as yours since I received mine in early August. Either I have to get better weather or longer nights.

Thanks Jeff, Ron, and David. (BTW, David helped me choose the 9¼ GPS with a reveiw he did.) David, I'm wondering about weather. Family and friends want to come over for some views and I'm wondering about predicting good seeing. I know when I want to take someone flying who may be a bit timid, I wait for the center of a good high pressure area. The flights are so smooth. I'd imagine that such a quiet atmosphere would be good for viewing. As a student I'll be looking to correlate this so that predicting good seeing can result in some decent star parties. So, does the center of a good high pressure area yield good seeing? Any experienced weatherwatcher feedback would be welcome. Clear Skys!

Actually not necessarily. The high could bring in upper level turbulence in addition to "more air". It's generally accepted that about two days after a cold front moves through is the "best" seeing. That said, you could always check the nearest clearsky clock to "see" how the seeing will be

Dennis, you can check out this web site for predictions of seeing conditions in your area. http://cleardarksky....tObMAkey.html?1

I was excited to read your review since we have both purchased the same scope. Our "first rides" were also under similar conditions -- cold! Ha, ha!

I think we should try out electric clothing (like what motorcycle riders wear) that we can plug in our accessory port. Just think -- electric gloves, electric vest, electric hat!

Congratulations on your party.