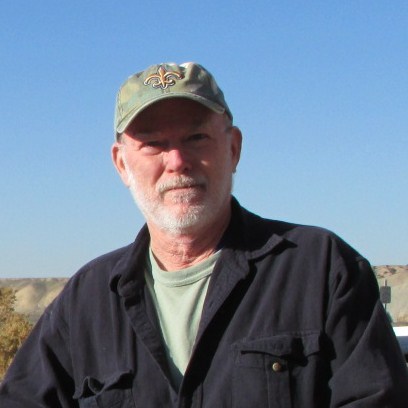 It is difficult to express with words.
I refer to this: Only that constructed with the materials used by Mr. Bill.
I counted badly or only it uses two diagonal mirrors????

Marcelo, what you are talking about is the Matsumoto EMS mirror system. It's the ultimate solution for a bino back. Matsumoto uses an elegant 2-mirror system that produces a correct image. There's a lot more engineering and precision fabrication to it than using 2- 90° factory diagonals together as Bill has done, though.

My understanding is that the EMS system only works well with relatively slow f ratios such as f/7 and higher.

My setup provides no vignetting and outstanding edge of field illumination on fast refractors using f/5 or in my case here f/5.5.

I supposed that eliminating the elliptical mirrors the beams they follow his path, placing then diagonals in the back part. The box should be little long mas. I do not have the elements to experiment, because of it I ask.
My experience says to me that eliminating the prisms a binocular remains much more luminous. Will it be more luminous than the fuji 150? Or maybe equal?


You'd think he would have it finished by now. It really is only a fairly trivial project....! (Yeah, right).

ps I bet the bet the views will be fabulous

The elegance of the Matsumoto system lies only in the fact that that two mirrors deliver a normal, non mirror-reversed view. In other respects the system leaves much to be desired due to the fact that it requires the user to tweak things in order to have the eyepieces be parallel. That the erection/folding system effectively 'hangs out there' like a plumber's nightmare just waiting to be bumped and hence knocked out of collimation gives me the heebie-jeebies! This is NOT robust, by my engineering standards.

Amen to that, Glenn! There's a whole lot going on mechanically with the EMS design compared to the sheer simplicity of this three mirror design.

So what kind of image does this bino box bino give- inverted/reversed?? Can't quite wrap my mind around the answer!!

The view is just like that delivered by a refractor with a mirror diagonal installed--upright, but mirror-reversed L-R. The two following mirrors, due to the even number of reflections, do not alter the image orientation at all; their only purpose is to bring closer together, periscope-like, the widely separated optical axes.

Tomorrow, flocking the interior and putting first coat of Urethene Spar Varnish on.

The end is in sight!

Notice I copied the BT100s hood over the objectives...quite effective for blocking ambient light.

Did you see the binoscope by James Stillburn in pp. 66-67 of the April Sky & Telescope? There, the image is unreversed and erect, with only two mirrors . Each telescope moves as a unit laterally, for interpupillary adjustment. The metalwork shown seems to be of a very high order,and no doubt time-consuming. But the present thread gives hope of an easier approach to an erect, unreversed image, two mirror, binoscope. The wooden box is the key.

In the Matsumoto EMS, the separation of each mirror pair is varied for IPD adjustment. In some or all, the mechanism is a Pentax 67 film camera accessory.

In the present thread, the IPD is via two mirrors, equivalent to the rhomboid prisms which swivel on many of the the 45 degree or 60 degree inclined view WW II Japanese 60, 80, 105, or 120mm binoculars.

The present wooden box structure suggests that metalworking machine tools , such as a lathe and a vertical milling machine, may not be required for a successful binoscope construction.
Mr. Bill used a radial arm saw. A sliding compound miter saw has replaced those for some applications. If applicable, the slider compound miter saw would occupy less shop space. Mine is from Harbor Freight. Adequate slide length seems to be the criterion here.

One can visualize a two mirror erect, unreversed system with a wooden box to house both telescopes:
The mirrors would be arranged as in the beamprint traces illustrated in the drawings of an Amici prism used in the second mode, as found in Mil Handbook 141, which can be found in the bibliography of this forum, or Googled. There, the entire beam passes from one roof face to the other roof face, without being halved or partially divided by the roof edge. Phantom roof edge or virtual roof edge, is a description.

For 90 degree deviation, as chosen by Mr. Stillburn, op. cit., the beamprints are 2:1 major/minor axes ratio. The axial ray has an incidence angle to 60 degrees onto the mirrors.
The Stillburn scope uses 1.414:1 major/minor axes ratio ellipses, the same proportions as the diagonal mirror of a Newtonian telescope, or the mirrors used for the 3-mirror non-compound angle reversed image system of the present thread. So, some of the mirror area is wasted in the Stillburn execution. I do not know what the ratio is in Matsumoto constructions.
One mirror would be in a fixed location inside the wood box. Its mate, which can be smaller, to accept the smaller cone diameter downstream , can be supported by a slide which is supported by a wood or metal lid of the box. The smaller mirror should be large enough to accept the entire cone when moved "upstream" for a large IPD such as 72 or 74mm.

The slide motion direction on or under the box lid,in a plane parallel to the plane of the box lid, for the 90 degree case,can come from a compound angles calculation by the reader,or from your present servant when I retrieve former work on this general topic ,which has been discussed several times in this forum , from Mssrs. Stillburn or Seronik, handbook search, top views of the Matsumoto system, ...? Mr. Stillburn sent to me some fine drawings of his system.
30 deg? 45 deg? 60 deg.?, 54.75 deg. ? I do not recall. I used 3D vectors .

Compound angles are discussed in Machinery's Handbook, finish carpentry books , and probably elsewhere, maybe in trigonometry , certainly in books on solid geometry, which use 3D vectors as the most straightforward approach. My hp48 program is for layout of a general ( not just 90 deg. , but fixed deviation once chosen) two mirror version which uses the WW II Zeiss style IPD change , in which one( and only one) of the eyepieces moves laterally by twice the motion of its roof prism. That system has been considered , but not built, in a 90 deg. overall deviation box form in which the mirrors are supported by the lid of the box.

As far as image presentation, I have no problem with erect, left to right reversed. I'm used to the fields in my refractors and since I will use the Bino Box (thanks, Rich

) in conjunction with refractors, the fields are the same.

Come to think about it, this 5 inch bino which works out to a 7 inch refractor may make my 6 inch f/5 refractors redundant.

An EMS-like mirror configuration was an early contender for consideration when designing my friend's 'bino box' lo those many years ago. If I remember rightly, in order to have a sufficiently large footprint, the mirrors would have required a somewhat greater height on the box's top if I wanted to retain the uniform height along the full length. If I hD elected to restrict to 1.25" format eyepieces, this would have posed no problem.

Yes, the focal planes would be near, or above ,a plane containing the tops of the objective lens cells. Thus the sides of the box will not be rectangular, if the surface area ( and thus the weight) of the box is to be no larger than required.

Amazing piece of work Bill, can only imagine the views through the finished article under your dark skies. What mag and EP will your 24mm Pans give?


I've read a 2006 report on this site that indicated the WO Amici prism was a poor performer compared to a typical mirror diagonal, especially at higher magnifications. The reviewer did not recommend it for anything but daylight observations. From whom would you buy such a prism?

Also, most large 2" Amici prisms I've seen are 45 deg. Would you use the 45 deg on the top of something like Bill's box? It would look sort of like a typical stereo microscope sticking out the top.

Or is the Amici inside the box in place of the diagonal mirror in Bill's design?

The nice thing about Bill's design is it should perform quite well at higher magnifications as well given its optical simplicity and good quality mirrors. Light transmission should be excellent as well.

I was told about 3 years ago by a well-known astro equipment importer that Chinese designers/factories were working on a 90 deg bino design using mirrors instead of prisms. I haven't seen or heard anything about it since.

Michael,
I have a pair of 90 degree Amicis, bought from Orion but essentially the same as the WO units, which have 40mm clear apertures. I've tried them out and thy perform as expected. There is a diffraction spike formed by the roof line passing centrally through the on-axis light bundle. This is just like such a spike formed by a single-vane secondary support on a Newt. As long as the roof has no significant angle error (departure from the ideal 90 degrees for the two mutually perpendicular roof faces), one can use higher magnifications.

In my design, the pair of 'periscopic' mirrors will be ahead, directing the beams first inward to my IPD, then back, parallel to the optical axes. The. The Amici will follow, directing the beams 90 degrees upward. This has the advantage of keeping the eyepiece heights rather low, with the back end of the bino having a 'dropped shelf' of lower height than the foreword portion of the body. I like the notion of a more streamlined construction.

And I like a correct view sufficiently to accept the performance drop an Amici introduces, that being the lower transmission (about 89%, or similar to standard-reflectance mirrors) and a diffraction spike on bright objects.) At low to moderate magnifications--where the bulk of my observing will be done--there will be little visible difference between the Amici variant and one having a mirror.

Collimation made easy with access holes...man, it's DARK down there.