This my recently refurbed SN8 configured for imaging with a shiny new Moonlite focuser, a Williams Optics 50mm guide scope, a heated Astrozap dew shield, DSI Pro II guide camera, and a ZWO ASI071MC Pro. The Moonlite is a 2-speed tri-knob with the shaft lock. The Moonlite takes all the work out of making fine adjustments to the focus, which is a bonus in the wee hours of the morning when you're not as dexterous as you were earlier in the evening. 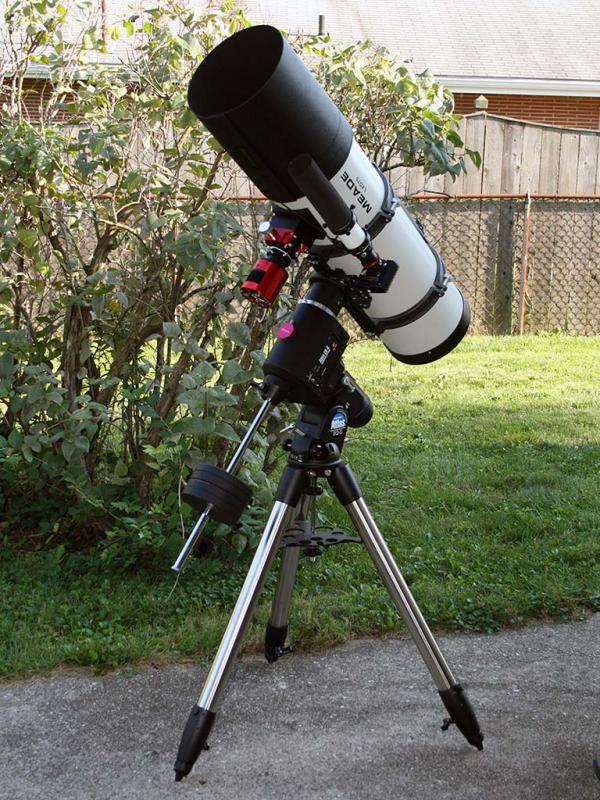 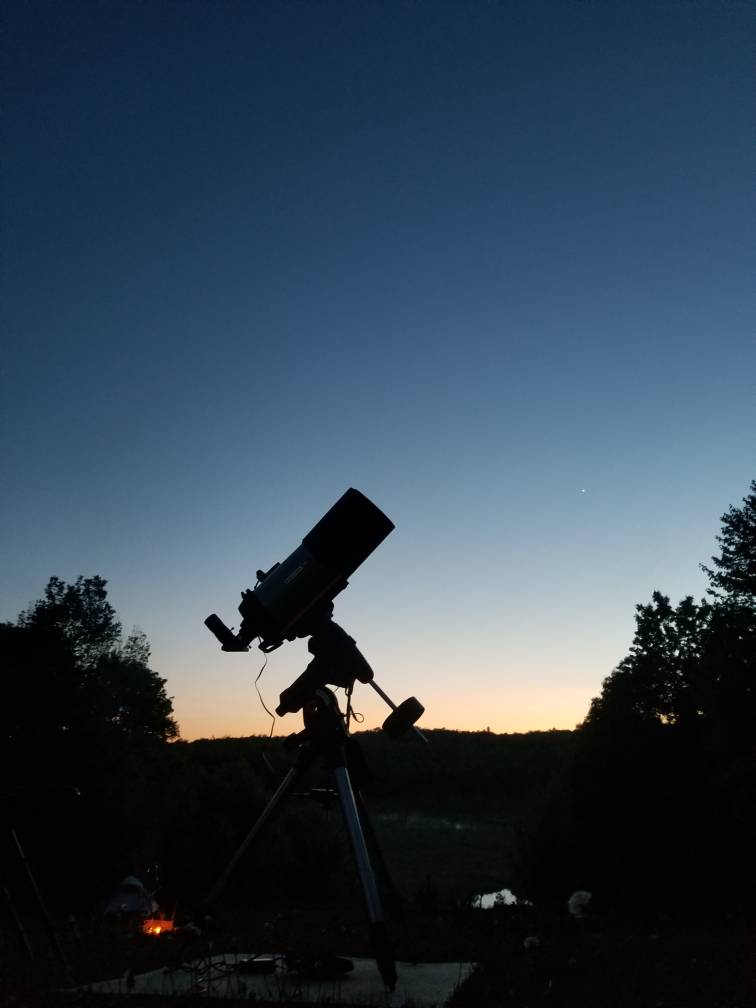 Sent from my SM-G950U using Tapatalk

I have been working on this system for quite a while and it has finally come together. This is a Meade 8” Wide Field (f/6.3) LX200GPS that I have configured for specifically for electronic assisted astronomy (EAA). The telescope is an older LX200 EMC reforked onto an LX200GPS mount. The tube sits higher in the fork than the original EMC so I have a padded weight hanging from the handle to balance the scope. This turned out to be a nice configuration as both the padded weight and the camera can swing through the forks. The camera is a Revolution Imager 2 fitted with a 0.5x focal reducer and a Hutech IDAS LPS2 that serves as both a light pollution filter and an IR cut filter. The focal reducer is spaced to bring the original f/6.3 focal ratio all the way down to f/2.4. This gives a reasonable flat field that only shows a tad of vignetting in the corners. With the RI2 operating in a nearly full automatic mode I can reach my photographic sky limit of about Mv 18, meaning that I can literally see all there is to see from my backyard. 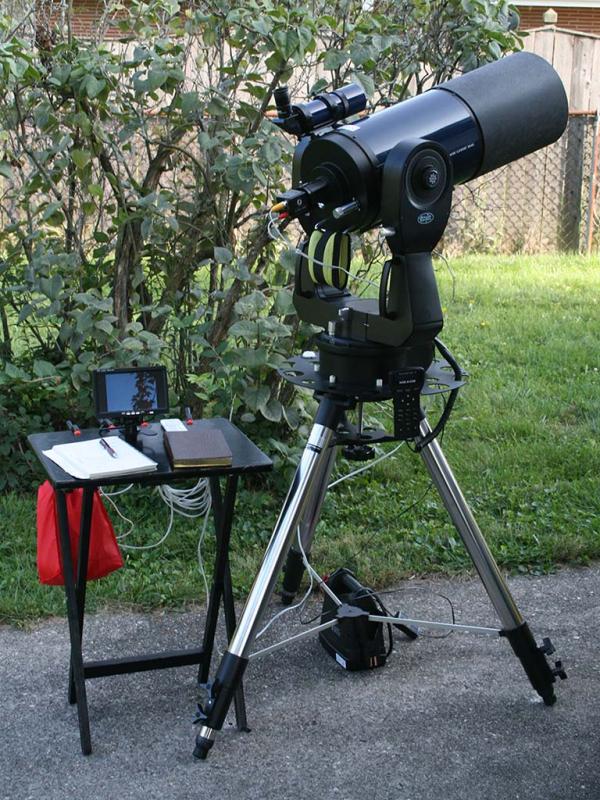 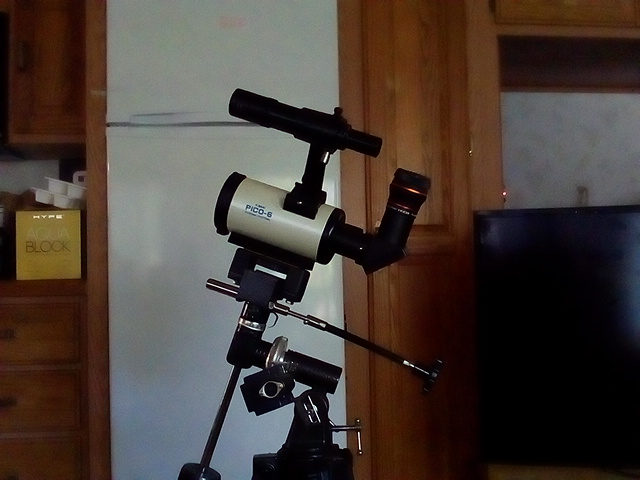 I had a productive day yesterday. I spent about 6 hours converting a beautiful old Celestron 8" f/1.5 Schmidt camera from film to CCD. I previously converted a smaller Celestron 5.5" f/1.65, so this conversion went pretty smoothly. Unfortunately, the first-light images showed that the camera was wacko out of alignment, but it did show that the camera worked (a color Starlight Xpress Superstar guide camera), could be focused, and hinted at how screem'n fast this camera is going to be. This morning I took it apart, and made a small modification to the mirror mount that should fix the alignment problem. A check with a laser and centering mask showed that at least the rough alignment now looks spot-on. I'll know more the next clear night we get, which looks like could be this Wednesday. Once I get the camera aligned and fully tested I'll post a series of pictures of the conversion in the ATM forum. 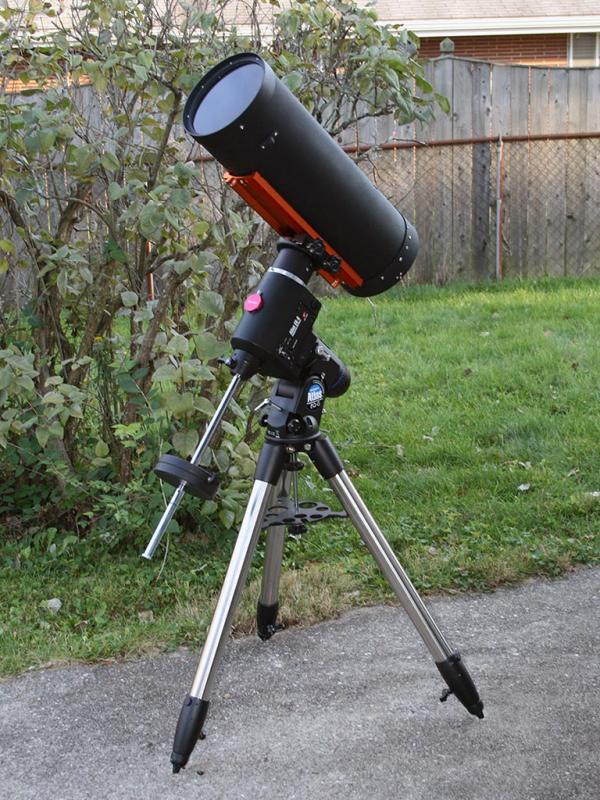 Here is my Celestron 14" Edge on the CGE PRO mounted on my backyard pier with the Tempest fans getting it acclimated for the night's session.  I have a ridged dew shield but also have a closed cell foam extension that I made and slip onto the ridged shield (not sbown).  That gives me around 30" of dew shield total.  I need every bit of it too with night time humidity that is easily in the mid 80% but sometimes gets all the way up to100% as the night progresses.

Would the moderators kindly rotate the image I posted.  Also, would someone please explain why the image was rotated when uploaded from my android tablet so I can avoid it happening in the future.

Here is my Celestron 14" Edge on the CGE PRO mounted on my backyard pier with the Tempest fans getting it acclimated for the night's session.  I have a ridged dew shield but also have a closed cell foam extension that I made and slip onto the ridged shield (not sbown).  That gives me around 30" of dew shield total.  I need every bit of it too with night time humidity that is easily in the mid 80% but sometimes gets all the way up to100% as the night progresses.

That's a very nice setup you've got. I have wanted a C-14 for years, but could not see myself lifting the 45 lb. weight of the optical tube. Having a permanent pier like you have, even without a slide-off roof, must make setup easier. I have my C-11 on a similar pier. Here on the Oregon coast the humidity is also quite high, though the temperatures are mild. The last time I observed (a few nights ago) the temperature was around 50° with a 45° dew point. After around 3 hours the temperature dropped to 45° and fog formed (100% relative humidity). So while we have different  observing conditions, the effect with moisture is similar.

I would suggest the use of a DewBuster controller along with two heater strips to control moisture. Your Reflectex covering could also be employed over the dew heaters. While it is not inexpensive the Dewbuster is made with industrial quality. When fog ended my observing session mentioned above, the air was quite thick with moisture and dew covered most exposed surfaces. Yet there was no dew on the corrector plate. So the Dewbuster is quite effective and uses the least possible battery power. I believe Kendrick makes a similar dew heater controller. 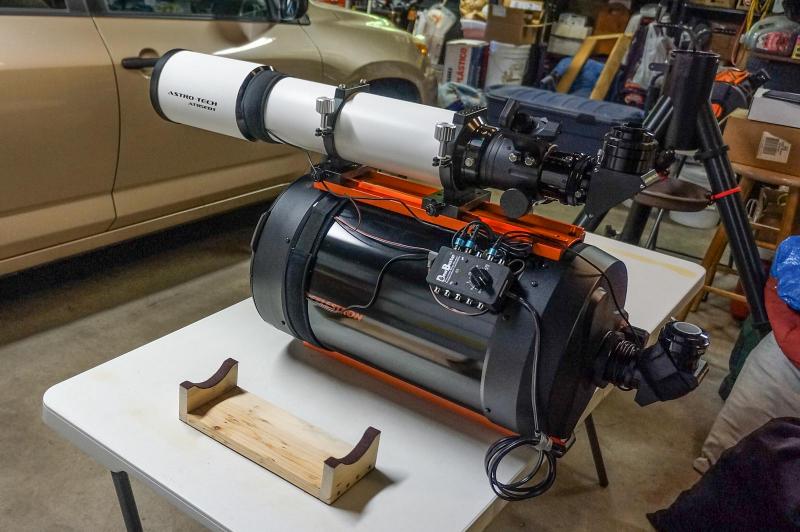 The photo shows my C-11 with an AT115EDT triplet APO on top. I usually run two dew heater strips right below the corrector cell. That is the best location for the heaters according to the information of the Dewbuster website. It is much less effective to heat the corrector lens cell like on some heated dew shields. The corrector is well insulated from its cell by cork spacers and air gap.

The DewBuster website has a wealth of useful information about dew control. Ron Keating (the proprietor) knows what he's talking about when it comes to dew problems. Following the instructions he gave I made a dew heater for my Telrad finder. It is powered by one of the medium power outputs on the Dewbuster. I found the commercial dew shields for the Telrad to be useless. But with the home made heater the Telrad window never dews up, even though it is openly exposed to the moist air.

Thanks Russ.  I actually had a heated strip and controller but after I made the lightweight extension I no longer needed it and ended up selling it.  The extension seems to create enough dead air infront of the corrector.  Of course if I did a lot of observing at the zenith I may have an issue.

should have added the pic

Had this 30+ year old Meade #2120 on the mount last night, looking into some lava lanes and craterlets on our moon. 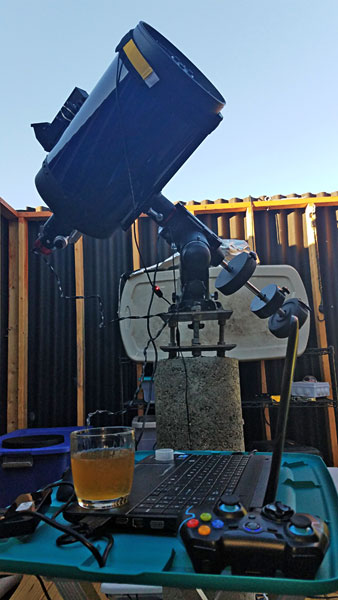 My AT10RC on the AP900 waiting for dark at Ft Griffin SHS. 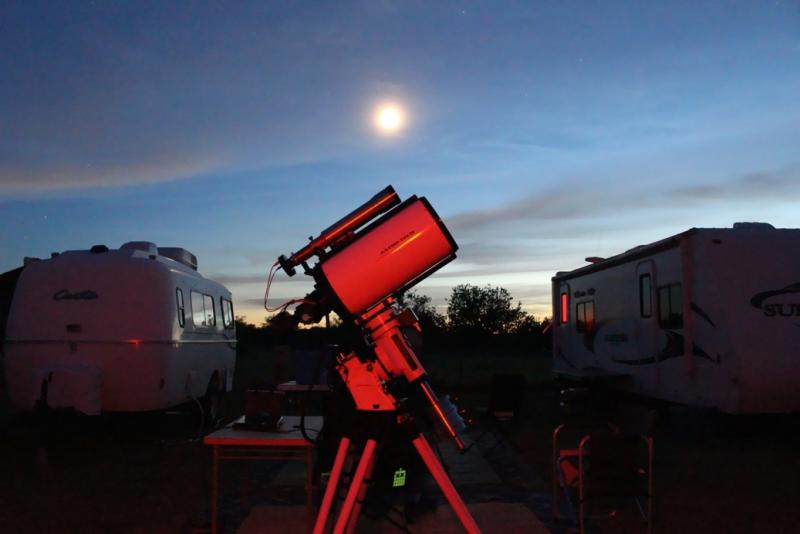 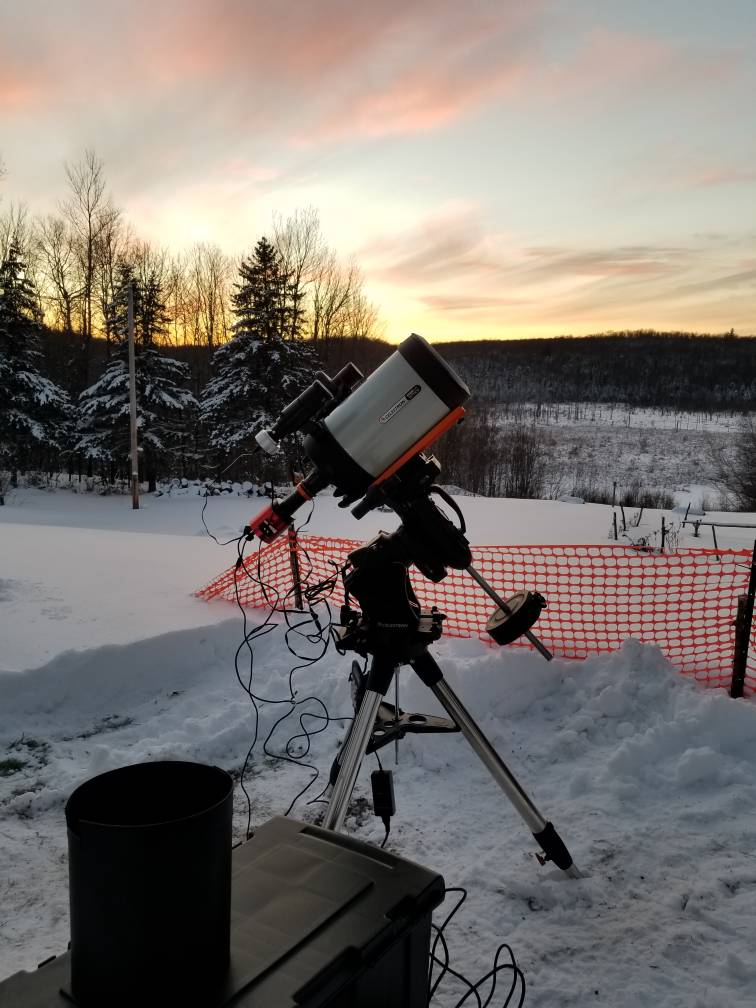 Sent from my SM-G950U using Tapatalk

I just picked up one of these. 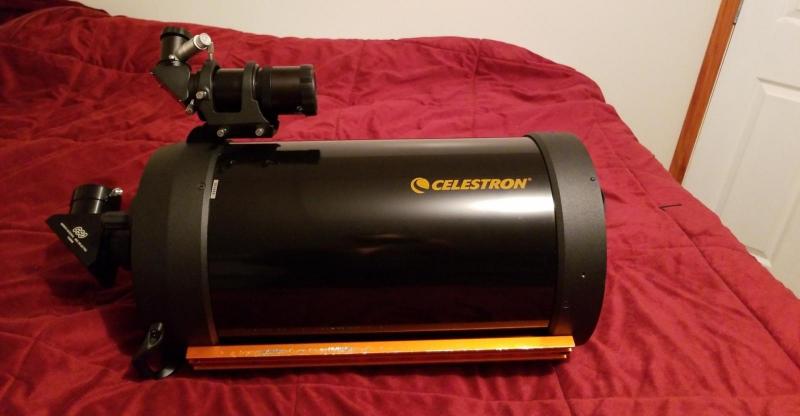 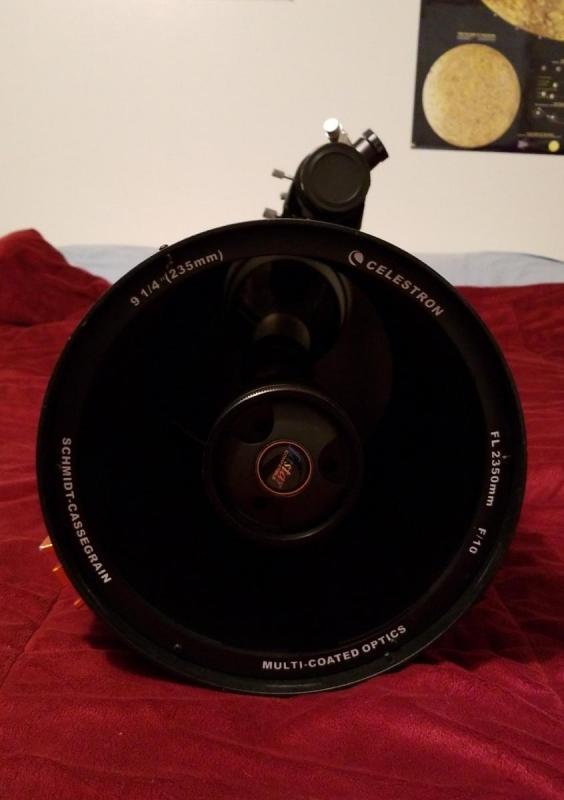 New to me (can't tell it was used so far)... C8 Edge with Feather Touch focuser. Had it out to clean it and test everything on it this morning. Ordered some Bob's knobs to install. Tried out a Crayford focuser to see if it would fit with the Feather Touch (as this will be used for visual, imaging, etc in many fashions, got it to be a modular "do as much as you can with it" type instrument). 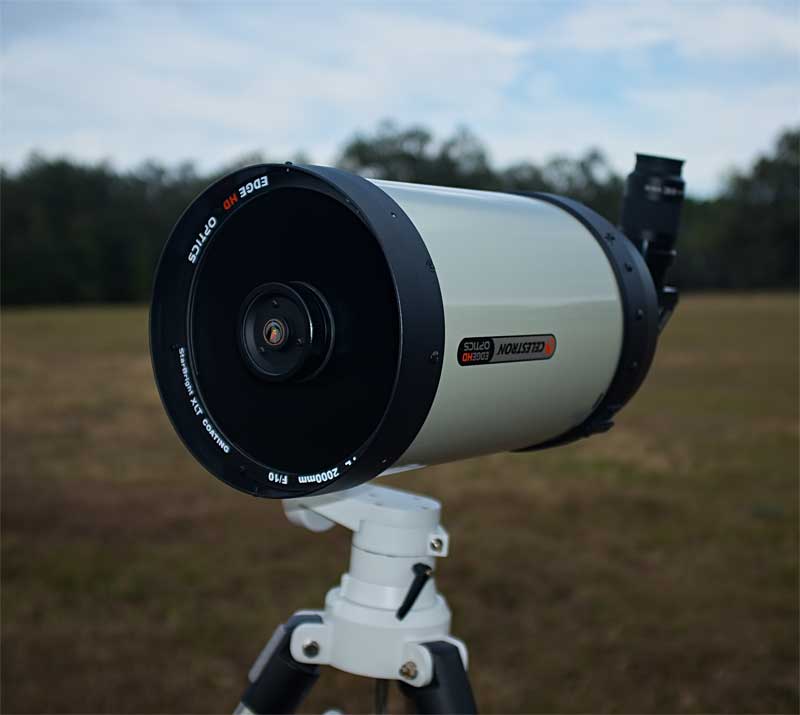 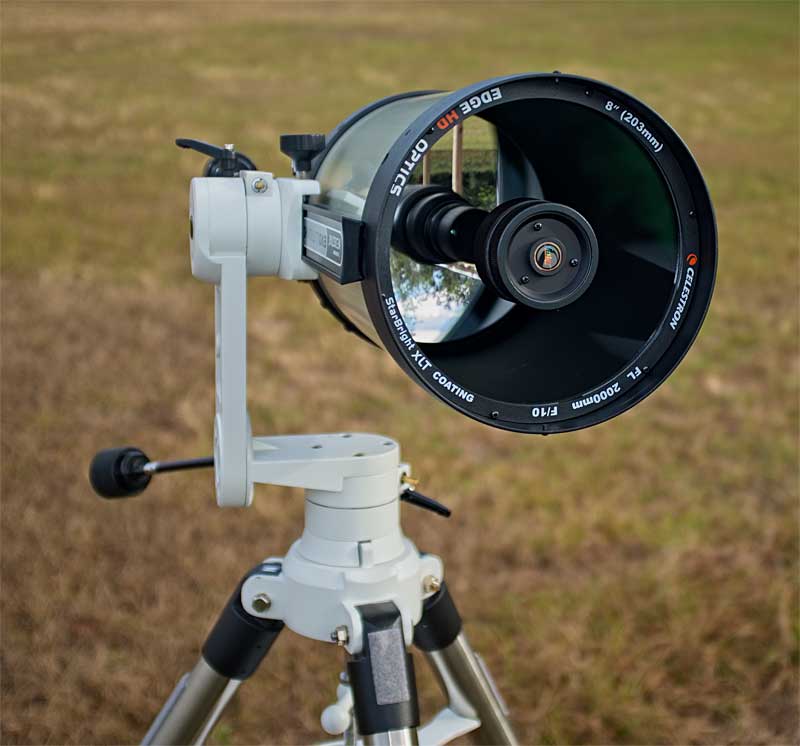 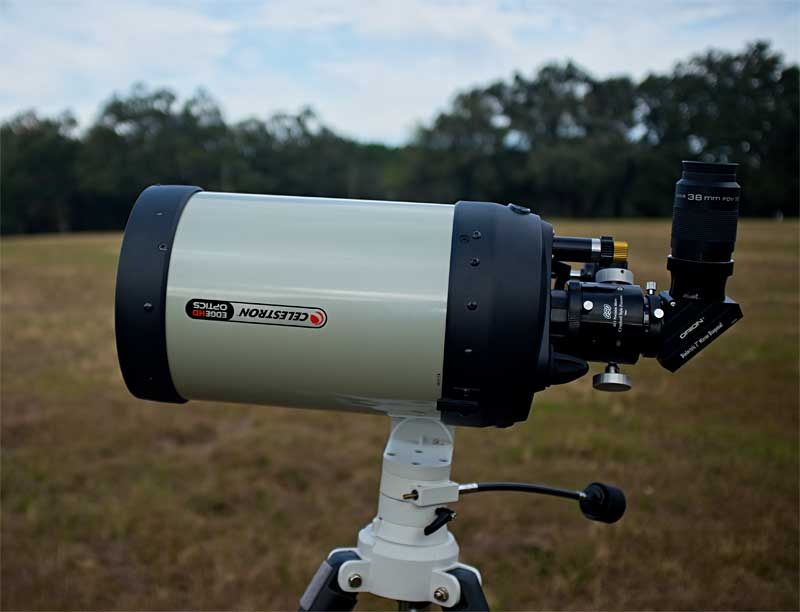 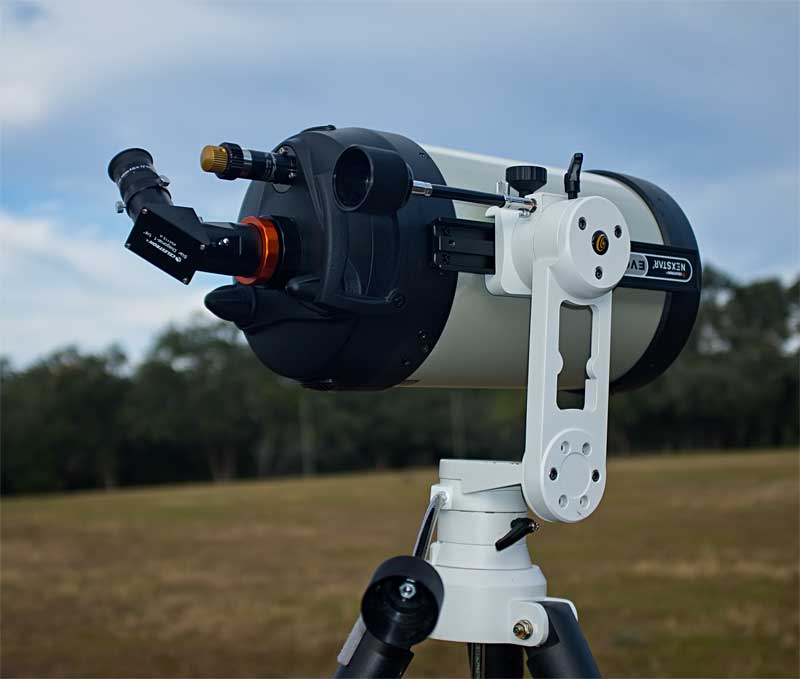 Don't worry, it was on the Twilight I just to test it out and clean it. But that said, the Twilight I surprisingly was able to hold it and dampened in less than a second at 100x magnification without a problem. Surprisingly usable at medium power on this mount for visual. Soon as I get the rest of my equipment, it will live in my observatory on an HEQ5. 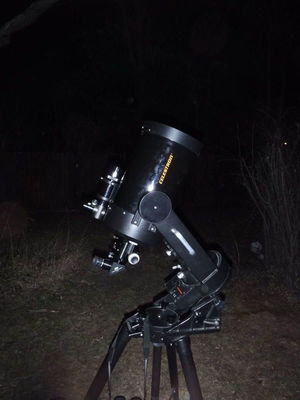 C9.25 Edge HD after a successful night of imaging. 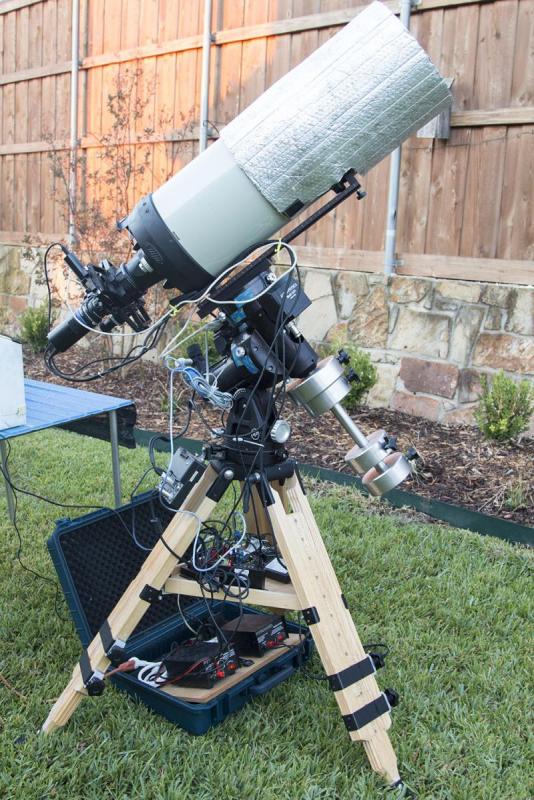 Had forgotten just how small these are. 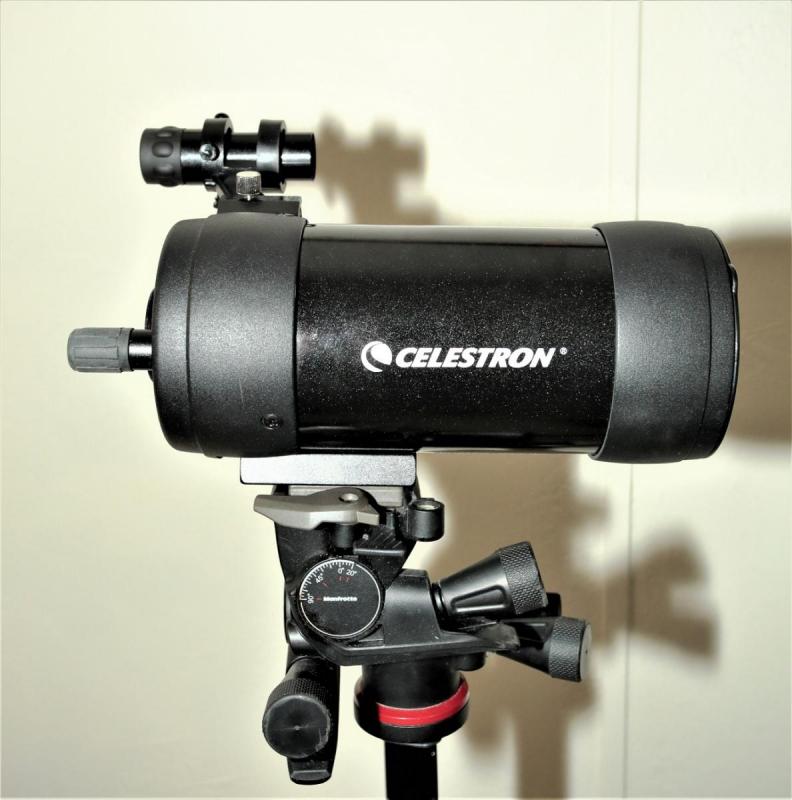 How does it perform????  Curious minds want to know.

a chance to use it. From what I have seen so far everything looks good. In moments of better seeing, stellar diffraction patterns looked intense and symmetrical. No sign of astigmatism. Collimation good right out of the box. Was hoping to get a chance to view the moon but the clouds rolled in. Summer here in sub tropical Australia. But the best thing so far was no optical dewing problems, even though the tube was getting covered in moisture. Dewing was the reason I sold off my C8. All this scope has to do is to match the C8 without fogging up. I believe it will. With the same mechanicals as the RC version (smooth dual speed Crayford focusing) it's been a pleasure to use .

A credit to Lewis ( TAK Tragic ) for restoring this recently..... and Matt ( Canberra ) for letting me buy it. 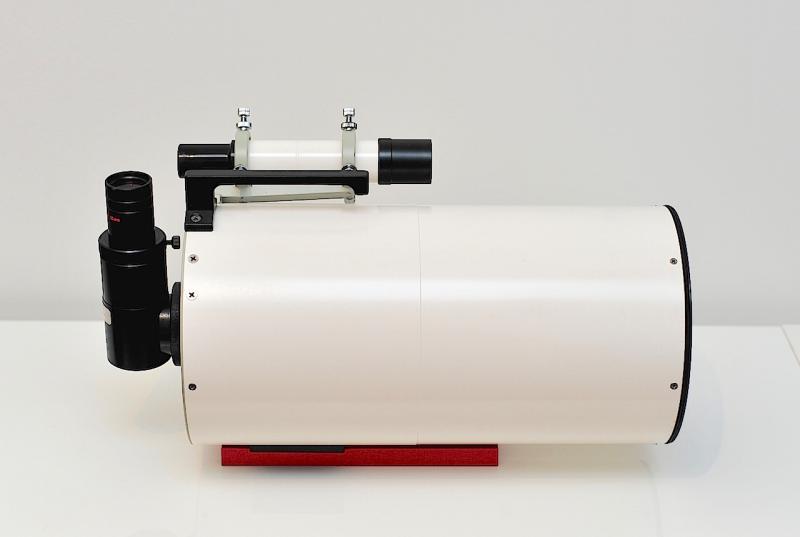 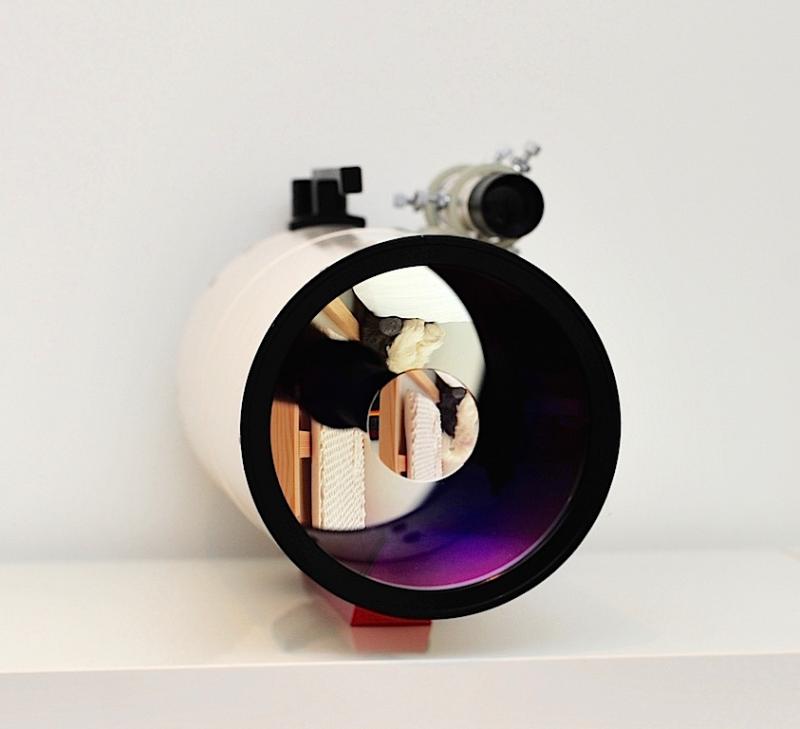 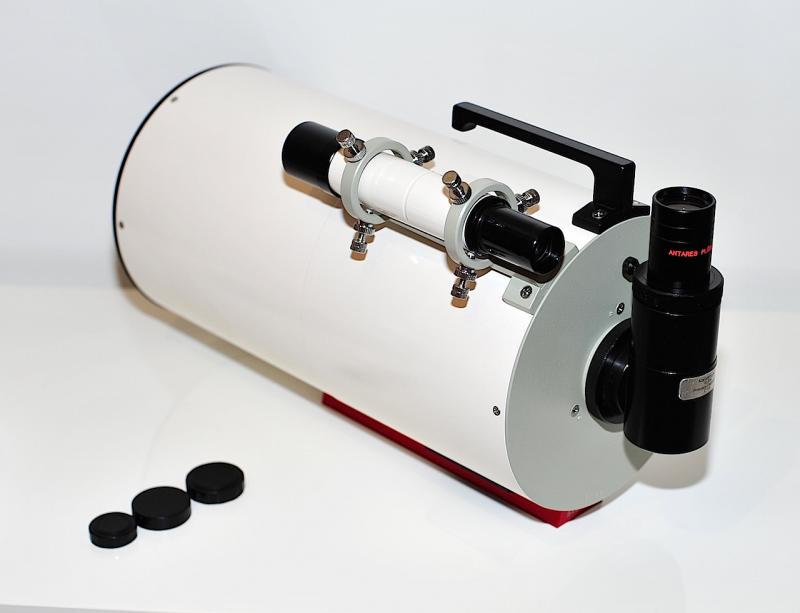 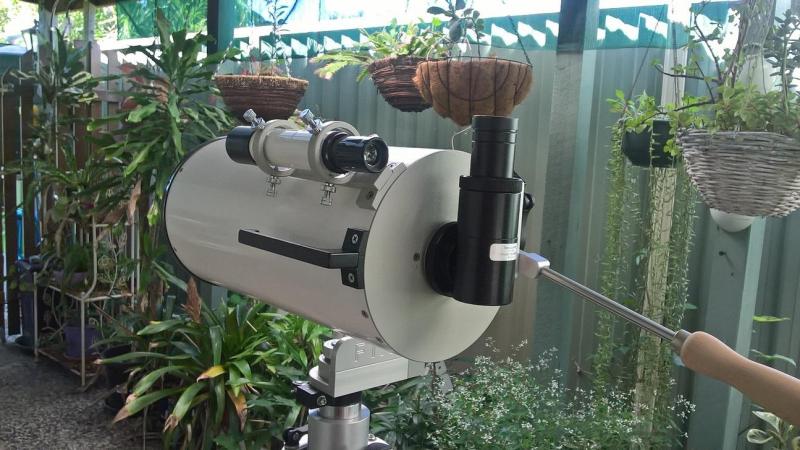 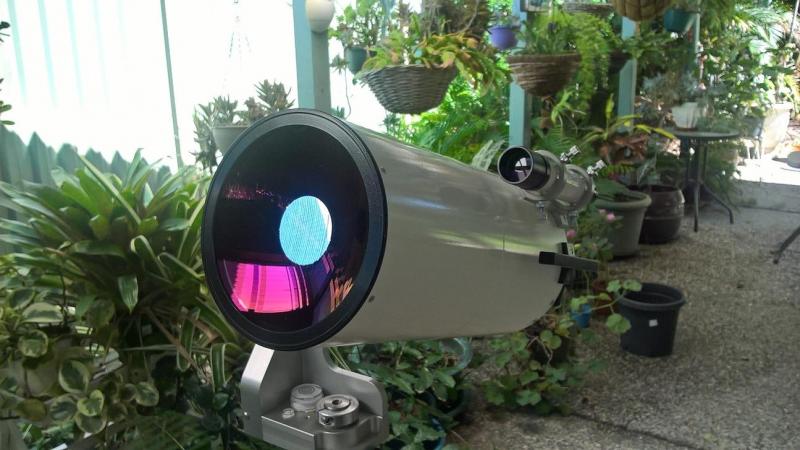 A credit to Lewis ( TAK Tragic ) for restoring this recently..... and Matt ( Canberra ) for letting me buy it.