Hello my friends!
Some time ago I got one really special eyepiece. It is the Clavé 14 mm 73º. I own some Clavé Paris in 27 mm, 1.25" and 2" but I had never heard about this type of wide field Clavé. Its barrell (coulant) is in 1.25". It is very long, in fact nearly so long that one 75 mm Clavé. Its surface is black rugged and its FOV is not the normal Plossl size but 73º. So it is nearly as wide as the Naglers are! This eyepiece is not so good corrected at the edge that Naglers but anycase but it is very inmersive in my opinion and one delight to use at my refractors over all in DSO. Note that it is not a Clavé Paris eyepiece but labeled CLAVE. I think it perhaps was made in America in the Kinoptic era. It is threaded for get filters and it has one eyecup in the upper side. So Clavé experts. Do you know about this eyepiece? Can you say about? There are more FL's around?
Greetings
Santi

Call S&S Optika in Denver, CO (just google S&S Optika). They were the authorized dealer/importer for Clave in the day. If anyone would know about Clave eyepieces, it would be Cathy....

Harper, your Clave Plossl collection is a to pine for set.

Is Gene Cross still around? - Last I heard he was working in CA.

Gene was the first to import Clave, before Roger, and Cathy.

"a to pine for set," Thanks Hernando, but I feel like I went to sleep for the last 25+ years and woke up with everyone using (wide fields.)

I really have to get out and see what all the fuss is about.

Hi Chuck, I got most of my Clave's from Roger Tuthill, but I tried somewhere else first could this be someone who worked for Gene Cross?

and here as well.

Hi Mike, thanks for the info.

Here are the images. Thaks a lot for your answers.

This is an Astronomix Clavé.  IIRC, est. Vinel  of Paris purchased the Clavé rights and materials. Paul Vinel had a test run of these eyepieces manufactured about 2010.  At the time, the rumor was Paul Vinel had 50 made but only a few were marked (had printing).  I am only aware of 2 or 3 of these in existence.  I was told that another one was sold on AstroSurf within the last year (late 2016 - early 2017)
I made a post (posts) on this eyepiece in 2012 IIRC but can't find it in the archives - I'm probably not searching correctly.  It does look like a Speers-Waler.  In 2012 I disassembled my Astronmix Clavé eyepiece and a Speers-Waler.  IIRC, they are similar but there were differences. 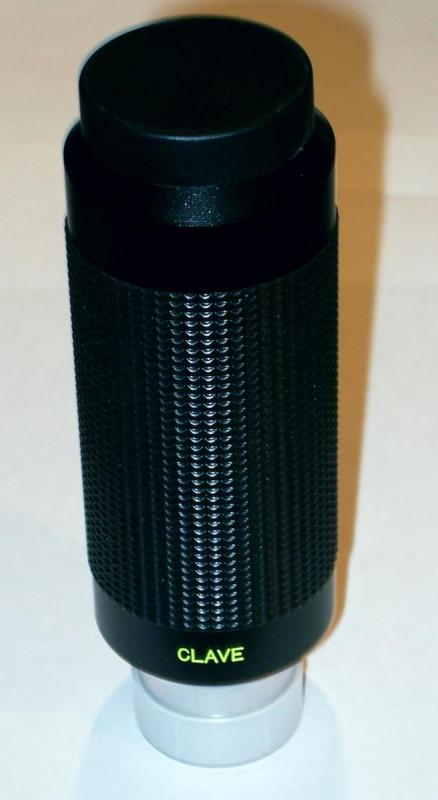 The color of these pictures is "off".  The markings are colored as shown above and in the original post 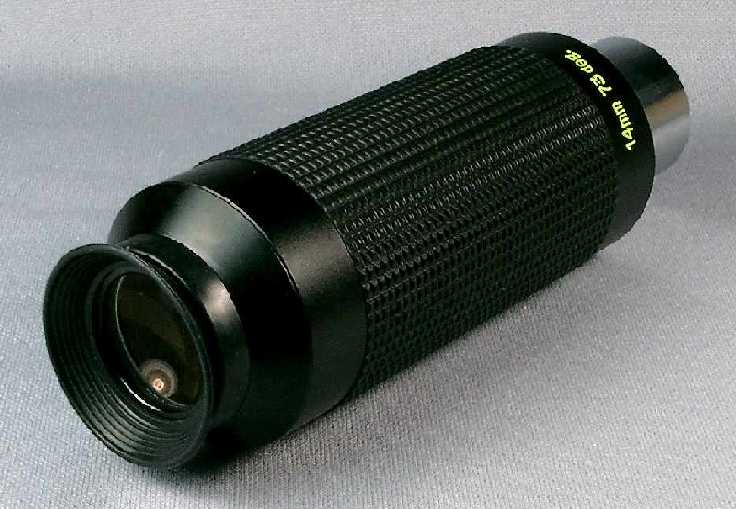 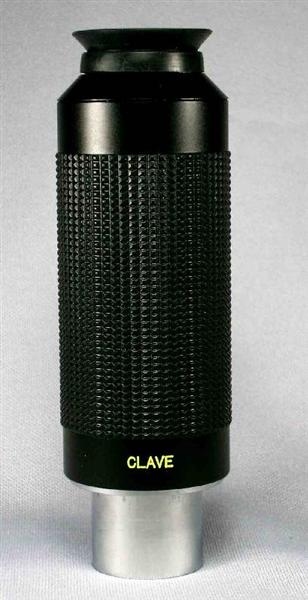 Let me guess : looks like a barlow-integrated EP : is the eye lens flat ?

Myriam, You mean like the Speers-Waler 14mm? No. it's very slightly concave - almost imperceptibly curved but definitely not flat like the Anteres Speers-Waler I compared it against.

Martinpond,  You are most definitely correct!

Not flat ? Ok, I was thinking about something else I have currently in mind. Never heard about this one. I though Clave brand was dead in 2000.

As indicated, it's very slightly concave when checked with a straight edge.  To the eye it looks flat.

See post #13 above.  Paul Vinel (Astronomix) purchased ALL Clavé rights and materials.  To my knowledge he still owns them.

Ok, strange to reuse this name ... I hope Mr P.Vinel beeing good and honest enough at what he does with the commercial name

Anyway, I had a small heart pinch reading this post because I am trying a design mating a redesigned version of the Marcel Paul barlow and a extended field "Clave"

It could be a good LER eyepiece with 58° geometric field (similar to TV f/D=6 plössl edge sharpness) and 20° central field (diffraction limited) on a dobson f/D=6. But not the subject of this post.

I found est. Vinel to be a very nice gentleman.  Several years ago I exchanged pleasantries and swapped some hardware with Masseur Vinel.

I found him to be extremely honest and fair.  He could have gouged me for a find of Original, New in the Box, never used, Pic du Midi eyepieces he discovered at the Clavé warehouse.  They had been 'hidden' at the back of a shelf for over 50 years!  Instead, he charged me a very reasonable price and sent a beautiful note saying he liked that I had met Masseur S.R. Clavé as a boy and appreciated Serge Clavés contribution to astronomy.

A little later I obtained some specialized "T" nuts for him to build telescopes.  He was kind enough to send me a NIB Clavé Unity Finder. It is the only one I've every seen.  It is not in any of the Clavé catalogs I've read.  I suspect it was for a specialized contract.

Shortly after that I had the unfortunate experience of being 'scammed' out of $3,800.00 USD by a Frenchman just outside of Paris. [email, wire transfer, & postal transaction]  Masseur, P. Vinel was kind enough to contact this person and convince him to return the fraudulently obtained money.

Personally I have a great deal of respect for Masseur Vinel.  I doubt he would be anything but "good and honest enough at what he does with the commercial name.".  I suspect that is why he never produced the 14mm, 73° FoV , Clavé.  It wasn't 'good enough' to carry the name.  Just my personal suspicion I have no proof.