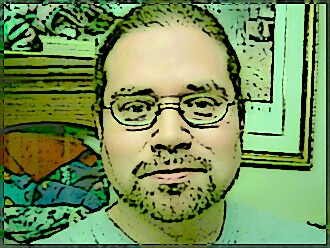 Back in the early 80's a friend of my fathers was a Tasco master distributor. The many catalogs he gave me had all sort of wonderful scopes in them. Including a 12.5 inch Tasco research grade Newtonian on pedestal mount. They also offered upgraded eyepieces in the more elaborate types all branded "Tasco". I was wondering if anyone knows if these scopes were actually made by Tasco? or someone else? Has anyone ever seen one of these larger Tasco's in person? I have the catalogs in front of me so I know I am not dreaming. If anyone knows anything I have wondered about this for a while. Thanks in advance.

Tasco (Tanross Supply Company) was started as a distributor of Fishing equipment and hardware...their scopes came initially from Japan, then Taiwan, then (I am now assuming) mainland China...I have not heard of them manufacturing telescopes...

Could you scan or photograph some of these pictures? They sound very interesting.

I would guess that some of the items you are referring to were never offered in the US. The only Tasco branded items to hit this country were small (up to about 4") reflectors and refractors. At some point they went with the 'entry' market department store stuff and lost favor with the astronomy community at large. Then they bought Celestron and nearly drove them into the ground before Tasco filed bankrupcy a few years back.

I've never heard of the large TASCO scopes. One of my sons, however, purchased a small TASCO on a GEM at a yard sale for 100.00 USD. It's vintage 1960s or early 70s. We all know TASCO's current reputation. That yard sale scope however was in its original wooden box with original packing material. Its quality is excellent, and certainly comparable to anything of it size I've seen. He's been offered between $1000.00 and $1500.00 by collectors for it. They may be making an inferior product now, but I've been forced to conclude that has not always been the case. OMHO once the TASCO name stood for quality and was respected.
FAB

I do recall some of these scopes that you are refering to. When I was a kid and getting my 11TR (4.5" eq newt), I saw in the cataloge at the camera store that they had some much bigger and more professional looking type instruments.

Way out of my price-range as a kid, but I do remember them. I seem to recall an 8" newt on a pier caught my eye.

I picked up an 11TE5 (about 25 years old) at a garage sale for $25 a few months back. The white tube model. Except for a few scuffs and scratches on the tube, practically in spanking new condition- all the mount parts move smoothly, all the original parts and original box and styrofoam. Wooden legs. Mirrors still in good shape, too. Not as good as one of the earlier refractors (I have one of those, too) optically, but not bad compared to today (though one might wish for a 1.25 instead of the ubiquitous .965 focuser/ep's).

I also have an old Sears scope (both the Tasco and Sears are 60mm, but the Tasco has a much longer FL)- in my case the Sears scope, despite the lower FL, gives sharper images on planets and the moon. I guess its the luck of the draw.

I just purchased an old (probably mid 1960's) Tasco 9TE-5. If you have the manual or other info for this model I would be most interested in seeing it. Can you scan any of the info you have? I would pay copying and postage costs if scanning is not possible. Thanks

I get the model numbers jumbled- refresh my memory. My scope doesn't say the model number on the focuser or box (go figure). But it is 60mm, FL 1000mm. Is this the same as yours (I think mine is either 7TE-5 or 9TE-5. Someone tell me).

Anyway, I have some/all? manuals. Let me dig them out. I just don't figure I'll be using this scope much anymore (but damme its got a great look to it). Am building a 6" refractor binoscope. Wish the glass were better (Synta) and longer FL. Aperture fever.

My Tasco is slightly incomplete- two busted slo-mo cables I had to cannibalize to make one good one, dust cap missing, counterweight screw screwed up (and part missing that goes with the weight?), and plate centered over the T part of the equatorial mount (where the dec and ra axes meet) is gone. Case has some delamination issues- styrofoam still present.

Was thinking of posting ad on Astromart for it. Guess I'm a packrat. Anyone remotely interested?

Will see if I can copy the manuals.

I am not at all familar with the old Tascos. I believe the 9TE-5 I just purchased is a 60mm 700mm FL. I should have it either Friday or perhaps next Monday. I can tell you more then.

Well, I have several 60x700's under different import names, but all manufactured by Towa...as yours probably is. It will have a 'Circle T' type logo on the focuser if it is. I am very pleased with mine. Nice diffraction patterns and not much false color up to about 70x. You should like yours. eBay purchase?

Apparently mine is a 7TE-5. 1000mm FL. In the box were the following: 1) A 12pp booklet "Reach into worlds beyond with a Tasco" 7TE-5 500 power telescope (I didn't know the company was doing the department store power thing back then, when they probably didn't need to).
It includes a detailed layout of the scope and its parts, descriptions, assembly, explanations of magnification, instructions on use and setup, a page of geographical locations with lat/long info, siderial conversions, how to observe various bodies, objective collimation, and care of lenses.

2) A second booklet entitled "A key to worlds beyond" Telescope manual for beginning astronomers 62pp in length. The first section describes types of telescopes and their history, mount types, equatorial pole-star alignment, what to expect in terms of limiting magnitudes and resolution, then magnification, "seeing". Next comes comparison of refractors versus reflectors, budget considerations in choosing a scope, a short bit on binoculars (including an internal cross-section), price ranges (man how prices have changed), finding way around sky (seasons), daytime astronomy (including a warning about those dangerous little solar filters), planetary viewing, using star charts, setting circles, accessories, photography, a list of Messier objects (by season), care of the scope, and then where to learn more (the ancient equivalent of "links"!).

Last is a simple set of observer log pages and a blank page at the end for notes (I guess marginalia was frowned upon in the buttoned-down days).

3) The above two were Tasco booklets. Also included in the box was "Elements of astronomy and physical geography", 176pp.

Based on the short notes scribbled in the cover pages, it would appear that the scope was originally used in a school, and dates of publication indicated late 1960's.

Back in the early 80's a friend of my fathers was a Tasco master distributor. The many catalogs he gave me had all sort of wonderful scopes in them. Including a 12.5 inch Tasco research grade Newtonian on pedestal mount. They also offered upgraded eyepieces in the more elaborate types all branded "Tasco". I was wondering if anyone knows if these scopes were actually made by Tasco? or someone else? Has anyone ever seen one of these larger Tasco's in person? I have the catalogs in front of me so I know I am not dreaming. If anyone knows anything I have wondered about this for a while. Thanks in advance.


Wow, that brings back a memory!!
When I first started working in a scope shop, back in '82, I recall our local Tasco sales rep. coming by with promotional info about large Tasco branded Newtonians.
They had red tubes and I believe they were made by Meade for Tasco.
I'm not sure if we ever got one in the shop. They were *expensive*. More money than the Meade equivalent.
If anyone comes across one of these big Tasco Newts, they've got a rare instrument!

Thanks for the flashback...

Yes I purchased this one on e-Bay. I have ended up with some worthless stuff from e-Bay but I just do not seem to be able to stop looking (and stop bidding). My Tasco should be delivered tomorrow (Friday) so I may have had a chance to look it over by this time tomorrow. I will post an update on it this weekend.