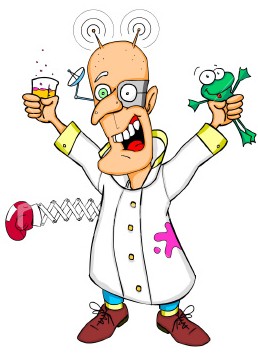 Cheshire eyepiece to collimate a SCT?

Started by Kon Dealer , Jul 31 2014 10:35 AM
This topic has been archived. This means that you cannot reply to this topic.
6 replies to this topic

Just got one of these to help collimate my refractors.
Worked brilliantly

Decided to try it with my SCTs.
My 8SE showed perfect concentric circles all centred on the crosshairs. However my 6SE did not- the circles only partly overlapped and were off centre.

No the stange thing is that both SCTs star-test well. Actually the 8SE is slightly better than the 6SE, but there is not much in it.

I'm not aware of a way to collimate an SCT with a cheshire. As far as I know, you can use the cross hairs to ensure the secondary is centered on the baffle, if it's been center spotted, but I don't think you can use it to collimate the secondary (or primary, for obvious reasons)-- that's why equipment based collimation is kind of a big deal, usually involving lasers and targets and more, and why most experienced SCT users use the star test method to collimate: It's is quick, simple, and requires no additional gear beyond a tool to adjust the secondary screws. Bob's knobs or other similar knobs remove the need for a tool.

Perhaps, though you're seeing a decentered secondary? If you collimate by star testing, this will manifest, I believe, as concentric circles on one side of focus, non-concentric on the other, i.e, you'll only be able to get perfect collimation at a specific location of the primary, every other location will show decollimation of the diffraction rings. If this is the case, it's usually sufficient to loosen the corrector retaining ring with the ota pointed up, remove the shims if present, and center the secondary housing by moving the entire corrector, and measuring relative to the corrector cell. Using dial calipers yields precise results. It's less likely, but possible that the secondary housing is off center in the corrector plate, but it's a bit more involved to fix this because Celestron glues the housing in place. Consequently, you hope to be able to accomplish what you need by moving the entire corrector.

After installing Bob's knobs on my C6, I used the Cheshire to get a better rough collimation. It was still off when I finally got to the star test but not by much.

Save your Cheshire for your refractor is the thing to do. Some SCTs can be collimated roughly with one. A few better than that. For most they are a recipe for miscollimation and the old "stand a couple of meters away from the end of the tube and check to see if reflections are concentric" is a more reliable way to attain rough collimation.

Thanks Guys- I'll stick to the star-test:-)

Although I have collimated my 8-inch SCT using only a "star test" for concentric diffraction rings in the center of the field of view, I noted that a Celestron instruction sheet/manual (on pg 2) mentions using the Collimation Eyepiece ("Chesire") for collimating an SCT:

I would have never thought to even consider this tool.

That's an old document, and as Uncle Rod said above, save it for your Newtonian. The Chesire eyepiece is only effective for rough collimation of an SCT. Same as using the big out of focus doughnut (diffraction rings). For a final accurate collimation you need to to use high magnification and only work just inside and outside of your focus point. Ideally you want to finish using just the Airy disk.