Sketching the Night Sky with a large Maksutov

Started by astroneil , Nov 11 2014 12:01 PM
This topic has been archived. This means that you cannot reply to this topic.
70 replies to this topic

Cheers Alexander. There will be plenty to see in the weeks and months ahead. I find sketching Jove is tough but it's all good fun and that's what it's all about for me.

Your work with pen & pencil is exceptional.

Great looking sketch! I think that one of those spots that you observed in the south might be the BA, Red Spot Jr. Check out these photos from the 27th http://alpo-j.asahik...14/j141227z.htm

You have added some more sketches since I was here last. Very nice.

Great to see your drawing of Jupiter - you have managed to see the small ovals in the south which seem to elude me in whatever scope I use !!!

Excellent observations of Rigel (A and B) and Jupiter. The companion to Rigel is fun to observe. Nice detail captured over Jupiter. Thank you for sharing them with us all.

Neil, lots of sketches and very good quality. You have talented friend.

Thank you all very much for the feedback. Really appreciate it!

Notes: Despite being less than 40 degrees in altitude, I obtained an excellent view of the Giant Planet with my big Mak at 169x. GRS very prominent near the lower centre of the disc. NEB significantly darker then SEB. This magnification appears to be the most useful to my eye on this planet on average nights. I have yet to get a really good night though.

Notes: Got a quick look at the Giant Planet this evening. Always a joy to observe. Good details revealed at 169x with TV BPL filter.

Excellent observations of Jupiter. Interesting detail recorded over the Jovian disk. Thank you for sharing them with us all.

You're tempting me, Neil.

Your skies tempt me Norme

Notes: Propus is a very challenging double star located in the northern foot of the Heavenly Twins. The primary is a highly evolved red giant star that shows characteristic signs of variability from magnitude + 3.1 and +3.9 over a period of 233 days. It has a faint companion nearly three stellar magnitudes dimmer (magnitude +6.15), tucked away at a distance of just 1.6". I have found that seeing this companion can be exceptionally difficult with instruments of 10- and 12.7 cm and only under the best seeing conditions does its elusive companion show up.

Now at the local meridian, at 340x the companion was resolved very nearly due west of the primary but it took a lot of concentration to hold it steadily and ‘pick it off’ from the diffraction gunk of the red giant primary. Having recently read through an old book, The Binary Stars (1918), by double star astronomer Robert G. Aitken, I came across a curious account on page 59 of that text, where the author describes using coloured glasses at the eyepiece to cut down the glare of the primary, enabling tight and faint companions to be made out. Apparently, it was a method employed by several staff astronomers on the brightest stellar luminaries with the big refractors at Lick.

I decided to try this with a variable polarising filter. Sure enough, dimming the primary a little made the secondary significantly easier to see at 340x. That said,  once I had pinpointed the companion in this way, it was always easier to hold onto with direct vision, even when the filter was removed. I suppose precognition has something to do with this.

This sighting convinces me that a larger aperture is still of significant advantage even under less than perfect conditions on these tricky targets.

The companion has an orbital period of just under five centuries and lies some 350 light years away from the solar system.
Not bad innings for a frigid winter’s night!

Nice report, Neil. I did not know that eta Gem is double. I run on this star once by chance in AS110. I was admiring for a while at 41x the nice subtle color contrast with nearby BU Gem. Eta was orange while BU red.

Some of our best times in life are spent sketching

Cheers Alexander; it's a good target for a winter's evening.

Frank; thanks also, and you're dead right.Time spent at the eyepiece is added to your life. 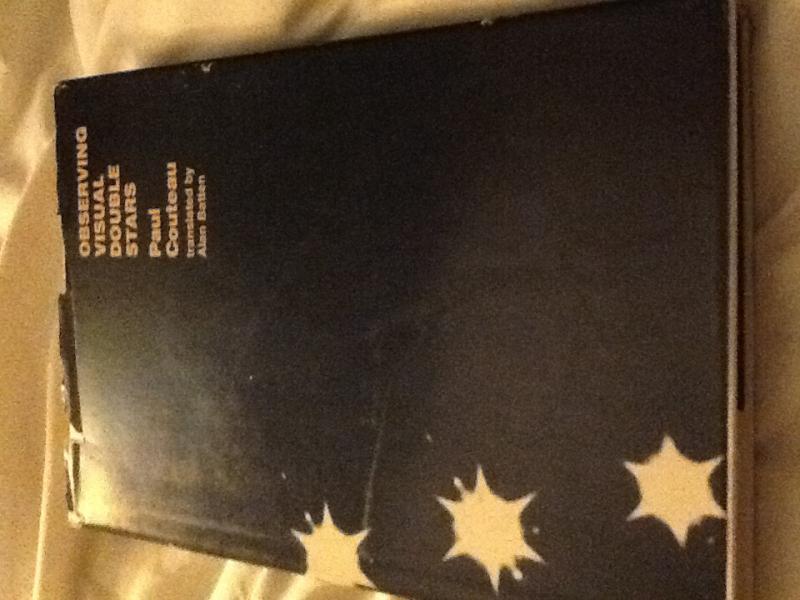 Nice work Neil. I was given this book on double stars. Some of the best things about doubles is they can be seen even without dark skies. Very cold cloudy and windy here!

Hey! Thanks Ken. That's a gem of a book you have there; a great little part of the wisdom of the ages!

Notes: Gave up sketching the planet at the eyepiece. I felt compelled to study the orb freely and turn memories garnered over several minutes into a simple sketch immediately thereafter.

What a wonderful world Jupiter is! Mighty sentinel beyond the snowline.

Nice detail Neil. I often walk to and from my garage and view Jupiter and add little tidbits to the sketch. I have my eyepieces and filters and sketch supplies on my work bench.
I sometimes just look in wonder and can't believe my eyes.

Excellent observations of Eta Geminorum (Propus) and Jupiter. Thank you for shairng them with us all.

Thank you Ken and Carlos. Love Jupiter watching. Everything there is in flux; no two nights are ever the same.

Notes: Enjoyed some good moments looking at Jupiter this evening, despite the decidedly average seeing. A fair amount of intricate detail glimpsed in the vicinity of the GRS. A storm as big as that is bound to distort the otherwise fairly laminar flow of the belt systems. A small spot glimpsed at lower southerly latitudes.

Great, Neil, you are improving with every new sketch.

Another excellent observation of Jupiter. You recorded the Great Red Spot (GRS) region very nicely. Thank you for sharing it with us all.