7DII comes with LP-E6N battery; this battery's older counterpart used to be LP-E6. My understanding is that these two batteries are forward and backward compatible with the 'N' version having an additional 65mAh of storage capacity (1865 mAh vs. 1800 mAh). Regards

A look inside [i.e., how to modify a Canon EOS 7D Mark II]; tools and startup instructions here.... Pardon the red ESD mat; blue on its way...

7DII has GPS, 6D doesn't; 7DII has interval timer but it doesn't work in B (Bulb) mode, useless for astro work!

6D does have GPS but it is, as in many devices very slow (i.e. several minutes) to get a fix (a flaw in GPS technology ?), so I don't use it.

Stupid that the interval timer does not work with 'B'. But getting a 'PIXEL' cable release or DSLR Controller (Android) you can get around it. I use both with my 6d.

Comparing the D810 and the 7D MkII is  the apples and oranges thing.  First, the sensors are different configurations (FF vs APS-C) with the FF SONY chip of the Nikon a much better chip. Sony just makes better sensors than Canon. FYI, I have 2 Canon cameras. However, if I were shooting wildlife or a sporting event, it would be the 7II for the extra reach and 10 fps and high ISO performance.

The 6D doesn't have gps, but it has wifi. 7DII, no wifi. The 6D has better high ISO performance than the 5DIII but that's where the 6D advantage ends. The 6D has a rudimentary focusing system.  I have one and compared to the old 7D that I had, it's pretty weak. The 5DIII has 61 focus points, 41 which are cross type. The 7DII has 65 cross type focusing points...industry best.  The 6D has only the central focusing point as cross-type. The 6DII, whenever that is, really needs to step up in the focusing arena.  The 5DIII has a CF slot and SC card slot.  The 6D has an SD only.  The 7D has a CF slot and the 7II has a CF and SD.  I'm hoping that the 6DII has at least a CF slot.

And with all of this going on, imagine what the 1Dx MkII is going to look like! 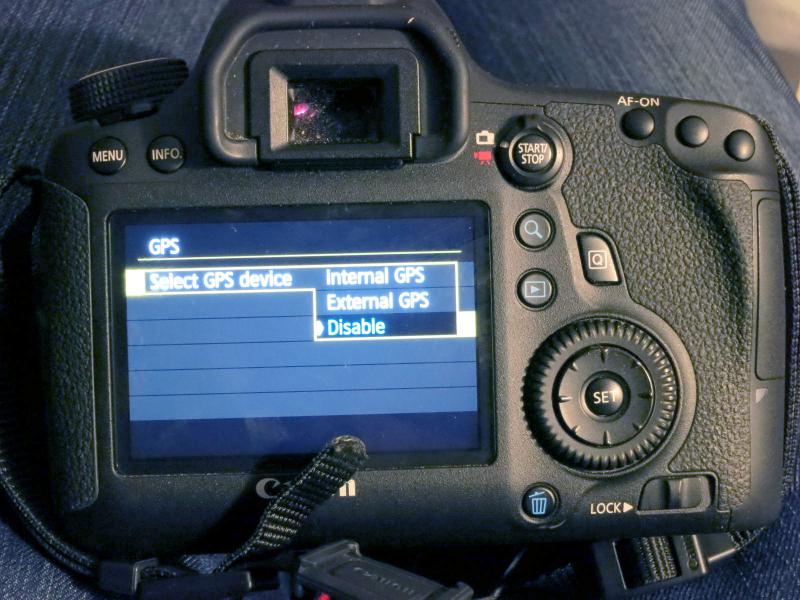 The 5DIV needs to step up with a focusing system at least as good as the 7DII, it needs to take away the SD slot and add a second CF card slot.

CF slots are getting more and more phased out. That is why the 7D2 has SD and CF and not CF only as the old 7D had. Modern SDXC cards are as fast as the bulky CF cards and are supported by most devices like laptops, unlike CF.

Sorry but the 6D does have GPS. I have that camera and it has both wifi and GPS.

Thanks for clarifying the GPS point; I have edited my original post. Regards

Wow 476% QE  !!!
That means cold fusion in room temperature is possible.  No longer need to worry about energy crisis any more.

I don't know about that. A Q.E. > 100% would mean that the energy of a single photon resulted in the freeing of multiple electrons in the photodiode. Is that possible? I don't know...I don't think it's been done, but I have read articles and patents that discuss quantum efficiencies greater than 100% for certain materials (usually not the kind of silicon that is normally used in image sensors, though.)

Only from image sensor point of view, not counting in-camera DSP software algorithm does the magic...

Unless there is energy injection a photon cannot generate more energy than its own.
EMCCD and Image intensifier tube perform these magic, thus the output is greater than the input.  I.e., QE > 100%.

The consumer DSLRs do not use EMCCD but just ordinary CCD or CMOS Active Pixel Sensors.  The QE cannot be greater than 100%.

IMO, the measurement protocol has flaws, unless QE definition got stretched to go beyond the sensor itself.

I am not saying its useless, given that they can only access camera RAW (cooked raw) not the senor straight output.
We the astro guys like to compare but please take these numbers as a grain of salt.  (476% definitely is a hint.)
May be at some point, we'll accept the fact the camera RAW will be the only data we can obtain, adjust our workflow, and start to appreciate camera's in-build algorithm.

Sorry, I did not mean to imply that 476% Q.E. was real, or that current DSLRs can achieve over 100% Q.E. There were some errors in the data dump for Sensorgen.info, as evidenced by the fact that all the ones with strange Q.E. numbers also have one or more strange values for ISO data. If you see any camera on sensorgen.info that has bad ISO data, then I would ignore it's Q.E. value. For everything else, I believe the data is sound.

My response was specifically in regards to the notion that it is impossible to have a Q.E. > 100%. I know about EMCCD (electron-multiplying CCD), and that was not what I was talking about. That kind of sensor design is more about hypergaining every electron released by a photon well above the read noise floor...which is effective, but also prone to having issues with dark current (even one single electron released by DC would be ratcheted up like every other electron, magnifying the noise.0 I wasn't really talking about image sensors in general, just the notion that it is not possible to have higher than 100% Q.E. Assuming you have photons with high enough energy, and the ability to actually sense those photons, then it is possible to have greater than 100% quantum efficiency. As I said before, I don't know if this has been done in an image sensor. Everything I've read about it so far has just been theoretical (from a sensor standpoint), however we are already achieving >100% Q.E. for non-image-sensing devices. Recent innovations in solar panel photocell technology have pushed quantum efficiency for higher energy photons, i.e. deeper UV, above 110%, in some cases as high as 130%. It all depends on whether the photons you are gathering have the energy. If they do, then releasing more than one electron per photon (or Y per N photons, as would be the case with >100% & <200% Q.E.) is possible. Not that it's useful for astrophotographers, but there you have it.

The 5DIV needs to step up with a focusing system at least as good as the 7DII, it needs to take away the SD slot and add a second CF card slot.

CF slots are getting more and more phased out. That is why the 7D2 has SD and CF and not CF only as the old 7D had. Modern SDXC cards are as fast as the bulky CF cards and are supported by most devices like laptops, unlike CF.

Sorry but the 6D does have GPS. I have that camera and it has both wifi and GPS.

Yes, indeed the 6D has WiFi and GPS. When you leave the GPS on, it eats battery life. Most of the time I leave it off. If I need GPS i turn it on and when finished i turn it off again.

Close up of sensor board...

Motherboard close up (back right)..

Motherboard close up (back right)...

Motherboard close up (back left)...