Does the can by any chance include a wire basket or something for getting parts in and out?  Or how do you approach that?  I like the idea of being able to close it up so there's no evaporation during the cleaning.

Yes it does.  Works great.

I attached one of these dovetail plates :
https://www.amazon.c...pop_mb_pd_title

to a spotting scope clamp from a defunct table mount. They clamp well into the vixen adapter on my pipemount tripod, making exchanges simple, and the system between mounts universal for my tiny scopes.

Gasoline can be a great solvent, just be careful and always use it outside as Russ (Roscoe) does. It has a much higher volatility than the others owing to its high vapor pressure. My folks had a neighbor two doors down several years ago that was cleaning something in the garage with gasoline and wasn’t counting on the electronic ignition starting up the burner on the water heater. Yep, You guessd it. A flash fire! He escaped with all of the hair on his body singed off but the house didn’t fair as well. It pretty much burned down.

Good reminder! The closest to indoors I ever get is just inside an open garage door on a rainy day, but then, just smaller stuff.

The Coleman fuel that Clamchip suggested is a great solvent in that it doesn't smell as potent as gas, but it is I think just as volatile as regular gas, so .......  go outside to play, kids!  Coleman fuel would be a particularly good thing in more congested places (like apartment balconies) because of the minimal-smell thing.

That carb-cleaner in gallon can does work, mine's a different brand, but still has the basket.  As mentioned, it'll dissolve paint and most plastic.  Careful splashing that stuff around, though, it's not stuff you want to get on your arms or the kitchen floor.

While I have sometimes used gasoline to degrease parts, I don't use it nearly as often as I once did. It's volatile nature kind of scares me, so I try to be very careful with it. I also think it's fumes and additives make it much more harmful to be exposed to than mineral spirits.

It will also burn sensitive skin on contact. How do I know? Many years ago I was sitting on the edge of my uncle's boat holding it to the dock at the fueling station. I was next to the gas spout and when he overfilled the tank, the excess gas went right down the pant leg of my swim suit.

There was a very small delay between knowing what happened and me being in the water.  It's kind of funny now but not so much at the time.

As a contemporary, I know you will understand when I tell you that I wanted to "peel out" in my hot rod with a souped-up engine when I learned it was your birthday!

I was engaged to an Alaska Airlines flight attendant when I was in my early 20's, but she ultimately found the skies friendlier than she did me.

After messing around with the yoke mount trying to get Mars to stay centered while I switched eyepieces, I decided to put the Sky Rover on a somewhat more adequate mount.

I also put new felt in the focuser and I'm using the tube from a short 60 as a makeshift dew shield.  Any tips on how long it should be when I cut it and paint it to match the lens cell?

I also made mine with a 60mm tube.  I cut it to 2 3/4" and the closest paint match to the original I've found is Rustoleum 7723 Navy.  It's a bit darker, but you could paint all of the blue parts.  Nice mount for that scope.  Looks like you are having fun with it.  A good 50mm scope is something everyone should try.

It wouldn't hurt a thing to leave that dew shield two to three diameters in length.  A long dewshield is more effective at mitigating dew, and it also provides contrast benefits as well.  It won't vignette.

I certainly agree with Chuck about a longer dew shield.  My dimensions were from another Sky Rover I had.

It wouldn't hurt a thing to leave that dew shield two to three diameters in length.  A long dewshield is more effective at mitigating dew, and it also provides contrast benefits as well.  It won't vignette.

I once made an unusually long dew shield and captioned a picture of it, "The dew cap of Cyrano de Bergerac, or perhaps Pinocchio."

Thanks.  If I cut it right at the mounting block hole, it'll be about 2" longer than the original and I won't have to fill anything.

Yesterdady I gave away Manon Twin A to a retired friend who has given me so much stuff over the years that I'm not even close to paying him back with the little scope.  He wanted a lightweight, easy-to-use 50-60mm grab-n-go, and the Manon fit the bill perfectly.  He was thrilled, said it looked brand-new. 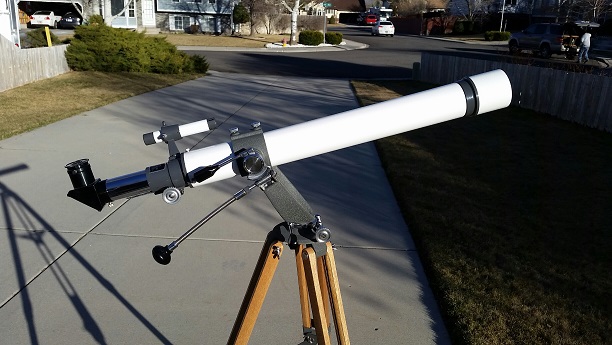 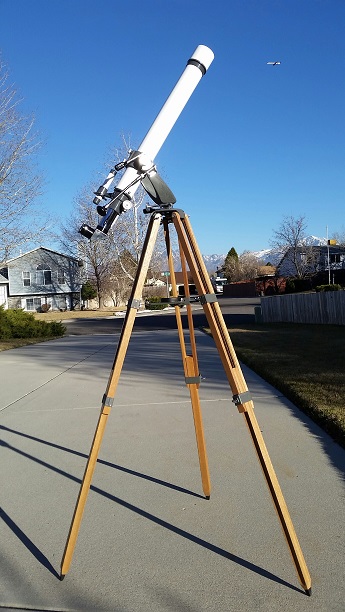 Time to get another one in the restoration line.  I think I'll do one or both of my HOC Manons this time.  Wonderful little scopes.

Added gasket material to both side of the clutch gear on my 12.5" Cave clock drive. I now have great positive action when moving the scope to new objects in the sky. Nice! 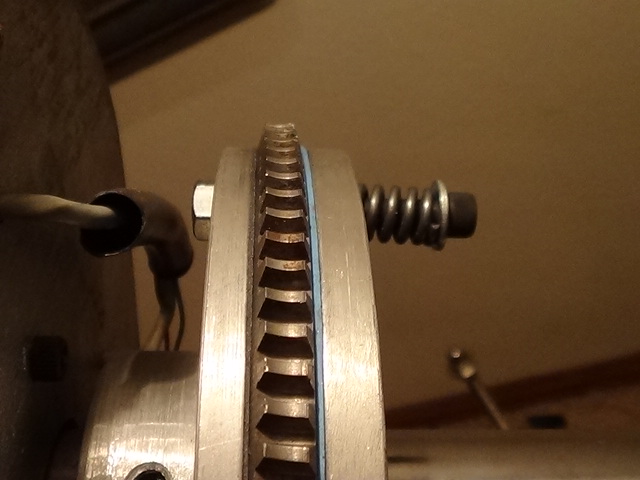 I finished this BEAST today ..... More pictures and info in the " CLEVELAND ASTRONOMICS " Posting .

I finished this BEAST today ..... More pictures and info in the " CLEVELAND ASTRONOMICS " Posting .

Welcome back Stranger! It’s nice to see the Tom Kiehl Cavalcade of Scopes is a continuing show.

somehow that reminded me of a similar line about a 'cavalcade of stars' from a Tom Hanks movie about a young band...

of course I can't remember the title of the movie.....

Added an extra counterweight (old Edmund) to my 10" Starfinder for easier balancing with the Paracorr and my heavy eyepieces.

I had to "stretch" the sliding focuser tube on my RV-6 -- the Nagler would slowly slide in...

I've got a Astroscan egg, I think I thought I'd put it in our chicken incubator and see what

happens. Poor thing, I hope it's okay and not mummified or something. 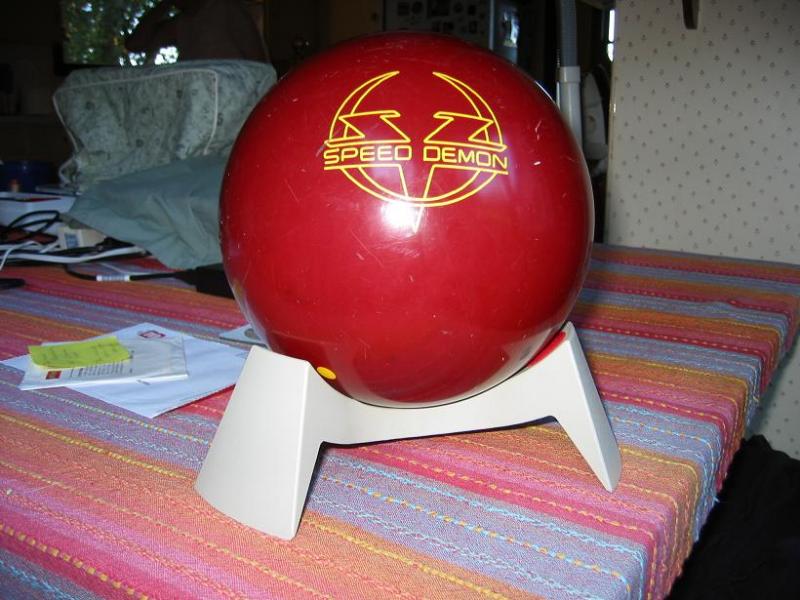 Maybe it is one of those Edmund top-secret collapsible AstroScan scopes. Look for a red button to press.

Somewhere out there is an Astroscan with three finger holes!