Finally got around to collimating a 114 that I picked up from SGW a while ago. First order of business was flipping the crown and flint back to the proper orientation and fixing a damaged spacer. But the images were still disappointing and it turned out to be way out of collimation. It's a bit tricky collimating a cell that wasn't designed for it, but I seem to have gotten the knack for it.

Then started to assemble a frankenscope 114 OTA that I've put together from a combination of spare parts that came with others and a few from donors. It has a "62mm" focuser, a slant-letter objective, and an indeterminate tube. It's amazing that pieces made that many years apart all fit together. Started collimating the cell, but realized the focuser isn't on straight, so I need to get that fixed first. This one has a mount waiting for it, but I also need to find or make a case for it.

There's a third one that needs a replacement for the front baffle. It's also missing the draw tube and tailpiece, no mount, and no case, so it's not a top priority right now. But at least it's collimated and gives nice images. That makes me a bit reluctant to take off the cell to insert a baffle.

"The better to rotate with my dear".

Today at lunch I made some minor modifications to a Tak 50mm finder bracket so it fits my TS-65, and painted it black to match.   Will install it and try to get it lined-up tonight. 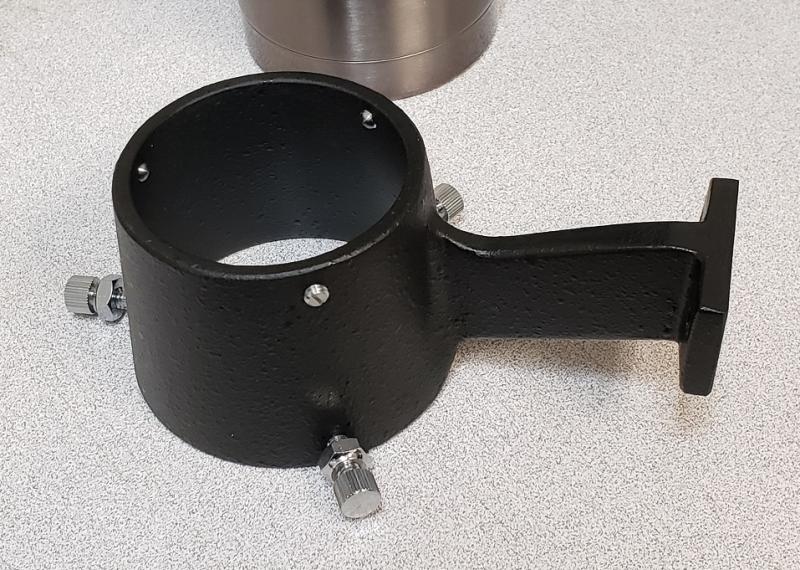 Here it is installed tonight.  Cloudy skies but I looked at the mountains across the valley, some nine to ten miles distant.  I used some rings and a Vixen dovetail I had on-hand, attached to a Celestron low-end tripod.  Not enough time to set up the Tak mount but I just wanted to align the finder and try the 70s vintage Tak orthos I got last year.   The finder is huge on a 65mm main scope.  I need to move it forward and rotate the reticle illuminator to a better position, or remove it.  It might only be needed under really dark skies.  There is nothing wrong with the factory 5x25mm finder- it is excellent, just a tad small.  A 40mm would be about right, actually.

I got the finder and bracket used, no illuminator but I had a couple of spares.  I had to remove just a bit from the front of the bracket foot to fit the TS-65.  The hole spacing is the same.  I think this is going to make the backyard sessions a lot easier this summer.  I picked up the Tak 1.25" visual back for the scope as well as 1.25" diagonal.  I used the .965" pieces to try the eyepieces. 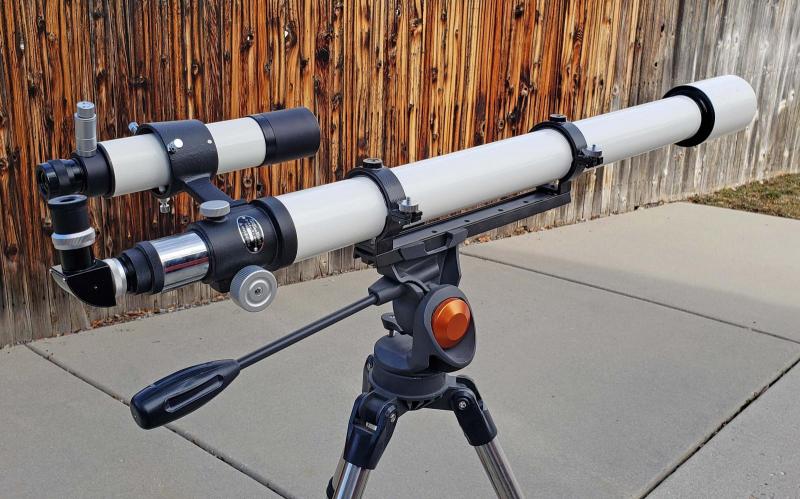 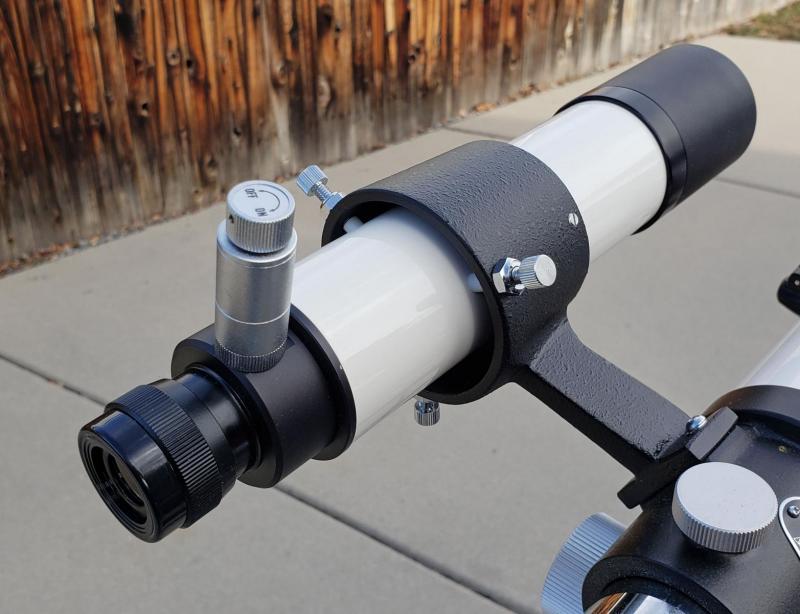 I love Takahashi finders. They are so sharp optically and are so well made!

Here it is as received used from Khan Scope Centre.   All it needed was some light cleaning and the bracket modded and repainted to match the early Tak color scheme.