I hate to tell James this but it almost seems like a new field should be added to the database namely .965 or 1.25...

James, I now have an Orange C5 astro that I would like added to the database at your convenience. S/N is 500454: 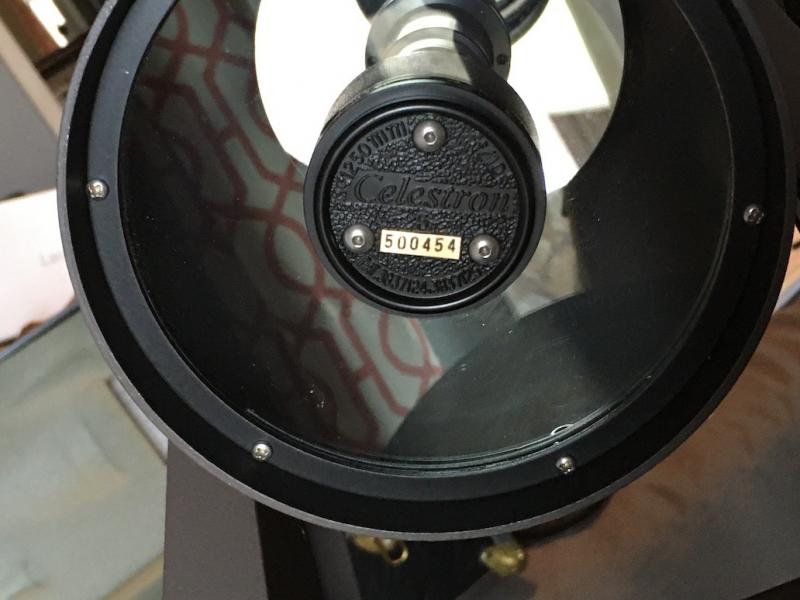 It has the special coatings sticker. It has large accessory threads with a 1.25" visual back with t2 threads as well — there is no means for accommodating .965" accessories. The finder has a black eyepiece barrel and is just marked Celestron and circle T, overall dimensions look the same as the 5X24 finder on my C90. So far I can't see any numbers on the corrector, I'll probably have to remove it to see those, but I think I have one of the motor dates: 2-79; 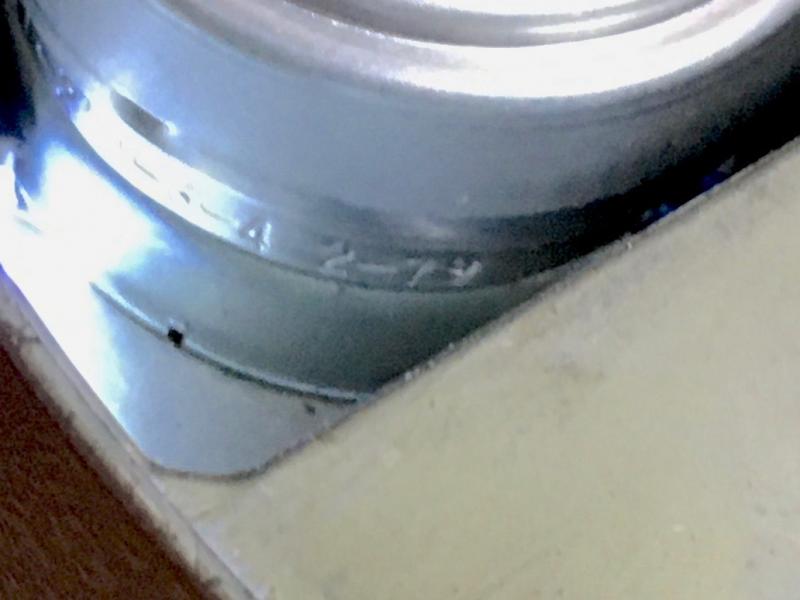 The accessory threads on the primary housing are much larger than on the C90. Does anyone know if C5s use the same threads as on the C8?

Has anyone ever given consideration to putting all of these registries on Google Sheets? You could set it up so anyone with a link would be able to view the sheet, and you could add trusted contributors able to make edits as well.

Well the answer is yes and no (to my threads question) the threads on my C5 are the same as the early C8s which means they're different from just about any other SCT manufacturer's threads. There is no provision for .965" accessories, my C5 came with a visual back that accepts 1.25" accessories, and it has a T2 thread... wrong! What I thought was a T2 thread turns out to be compatible with the early C90's threads, anything that will thread onto my C90's threads will also go on the threads on my C5's visual back, which means not very much. So right now it's kinda limited, but I can use the Meade 07036 threaded onto the C5's visual back to give me 'current-sized' SCT threads.

Anyway, I like the C5, its got more light grasp than the C90, though I feel that the C90 might be a tad sharper. A big plus is that either will go on the tripod and wedge! And I only need one set of accessories!

When I said the C90 might be a tad sharper than the C5, I meant only at high magnifications like 250x (of course the same eyepiece on the C90 only gives 200x so maybe it's not a fair comparison?). The moon through the C5 at 70x knocked my socks off, so much fine detail, a lot of it new to me — of course next week it will all be new to me again. I assume the visual back I received with it must be original equipment because I can't imaging anyone else making a visual back with old odd-size C90 threads on it.

That’s a lovely C5+! Congratulations on your find.

I have a black telephoto f10, sn1101. This doesn't seem to fit any of the categories.

That’s a lovely C5+! Congratulations on your find.

That's not a find, I'm the original owner, purchased new 26 years ago.

I developed arthritis of the spine and could no longer lift my Meade LX200 10" Schmidt. I downsized to the C5+ and more recently, 4" APO refractors.

My sister in Maine picked up what looks like a nice looking C5. Single-arm fork, white tube, S/N 51276. It has the four-button handbox, star and erect-image diagonals, and what looks like a couple of eyepieces or an eyepiece and barlow. I'm not sure if it still has the declination drive cable or not, or if it has a power cable. The round socket in the base says 12V; is that DC? What kind of power connector? Is it the same 5.5x2.1mm (hope, hope!) barrel connector their current scopes use? What are the connectors on the Dec cable?

She knows nothing about telescopes, but lives where it gets quite dark, did locate Comet NEOWISE in binoculars last spring with some coaching by text message and enjoyed that.

The seller *thinks* they have the instruction manual at their Florida home and are leaving for there in about a week. Is the manual available anywhere online as a digital publication or as a scan? She's going to ask them about the power and Dec cables. 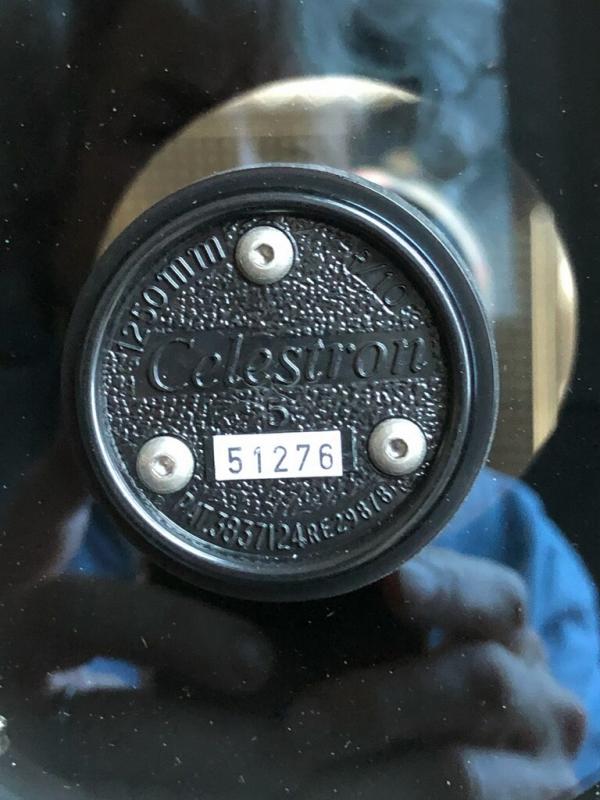 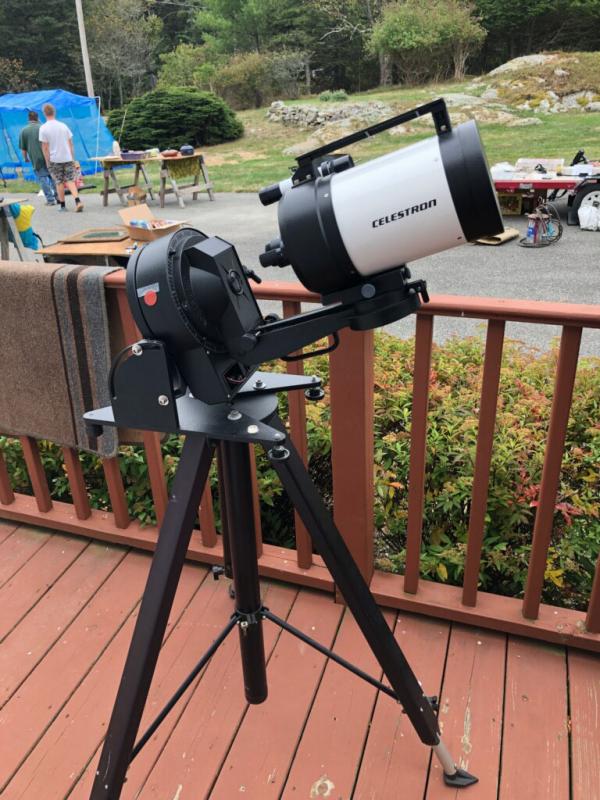 The seller *thinks* they have the instruction manual at their Florida home and are leaving for there in about a week. Is the manual available anywhere online as a digital publication or as a scan?

Thanks, Chuck! That's exactly what I was looking for.

Nosing around this forum, I see that there's an internal 9V battery that the manual says powers the drive. That may make the absent power cord - if there ever was one - less of an issue. It's good to see that there are also manual slow-motions in case the dec cord never shows up, or the motor drives don't work.

My C5+ is powered by a single 9v battery and does not use a 120v cord like earlier C5s. Celestron states the 9v will power the Dec and RA motors for 50 hours. I never timed the battery life, but it does run for months at a time for casual observers.  My C5+ also has a port on the face of the RA drive base for an external DC power supply jack.

After exchanging several PMs with Masvingo, and with his permission, I will be attempting to maintain the C5 registry while he is absent from the forums.

He's been pre-occupied by local events, and is unlikely to resume his preferred activity level for the foreseeable future. It is my hope that in participating this way, I can reduce the burden on him of returning. What he elects to do is entirely up to him, and my plan is to return maintenance to him as soon as he likes. He is also free to delegate a different maintainer, should that be desired at any point.

I included the forum Moderator when concocting this plan for the C8 registry, and was encouraged to work it out with Masvingo directly - which it was.


Format:   I'd intended to electronically use Masvingo's spreadsheet as a start, but it has not turned out. Instead I've ended up re-entering the data from his last published version manually. This was done with the C8, C90 and now the C5 registry. I'd like to enlist help to check the re-entered C5 Registry file, after which I'll update it with changes posted since Masvingo's last update - June 6, 2020.


What I would ask of those of you who have participated, is that you help me out by comparing Masvingo's last published version with mine, and submit my errors so that they can be corrected. Once we believe it to be faithful enough, I will proceed. You may post changes here in this thread (my preference), or PM me.

Please be strict in your posts. I have deliberately attempted to re-enter the data as I found it. I have duplicated capitalization, spelling errors, and even contextual errors as they were. If I failed in this, your corrections to me will be appreciated. The spirit is - to duplicate the original as closely as possible. This approach should make handing back easier - whenever and however that occurs.

The only variation you should find is in the header line about version reference.

I will be offering two editions of publication for now. A JPG image just as Masvingo has done, plus a PDF. These should be identical, so they won't need to be checked against one another.


For the coming week, I will be attempting to enter corrections as quickly as they are posted, and you'll hear from me as updates are included. Hopefully, this will help to avoid duplicate correction posts. (the primary reason to post potential changes in this thread)

Thanks for your understanding, and your assistance.

Thank you for your submissions and updates since 6 June, 2020.

ANM, Chuck2, DanWray, SkipW, and jon555 - your scopes have been added or updated based upon your comments. Please review the changes for me, it's my first time.

The new Registry with these additions is offered in JPG and PDF.

I  continue to offer the original conversion of Masvingo's last June 6 version of the registry for comparison so those of you who may be reviewing the new spreadsheet may continue to correct me. Download that conversion (without updates) in JPG or PDF. This note will disappear once no errors are found for a month. Until then, corrections will be carried into both the original conversion, and the new Registry.

Thanks for taking this on.

You really had to hand-enter the data? Ugh!

...You really had to hand-enter the data? Ugh!

The C8 registry took days. C5 and C90 were done in a day, but in a fried state. I'm not a touch-typist most of the time, so it's a slog. My brain is burned out - which is why I need help with the checking. I still know what I intended, so my brain sees that - not what's on the page. Need to get away from it a while. This is why software engineers should never check their own work.

Thanks for the look-see.

... and why it's not effective to edit your own writing.

I'm sure there will be errors found, but good work!

My C5 is entirely black. 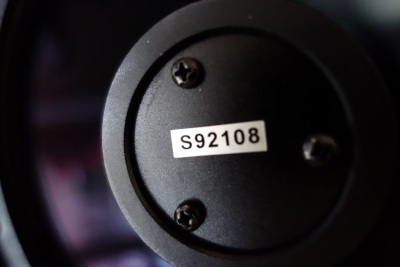 Thank you for your submission and update since Nov 12, 2020.


boxcorner - your scope has been added based upon your comments. Yours appears to be the newest (most recently manufactured) C5 in the registry.

The new Registry with these additions is offered in JPG and PDF.

This is mine. It's the Celestron G5 bundle.
Black OTA. 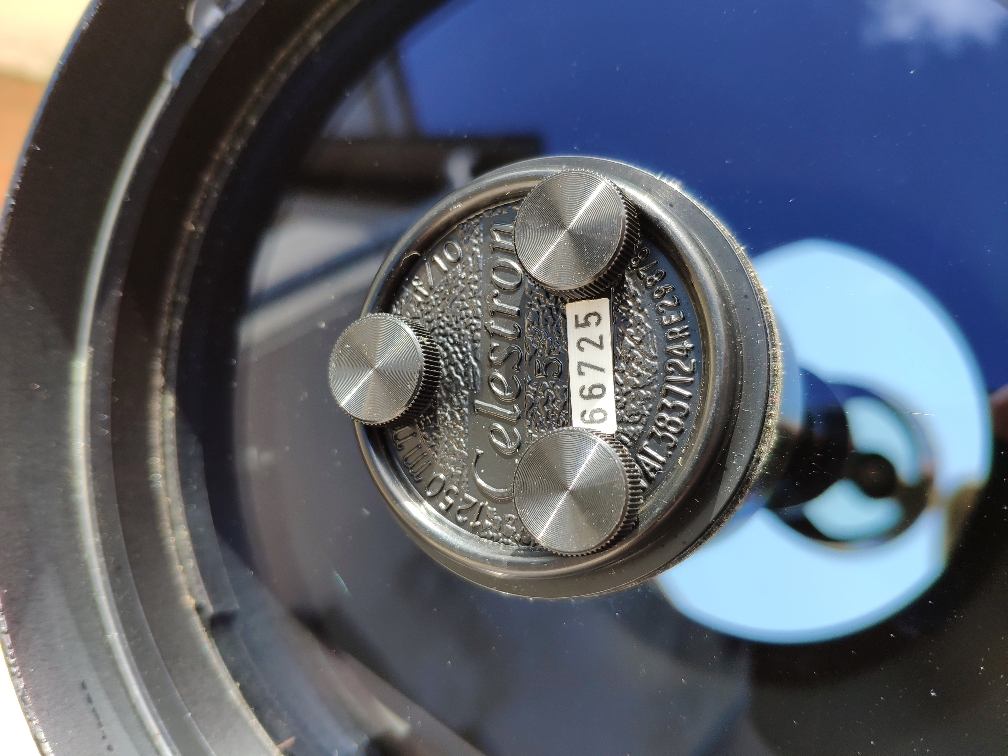 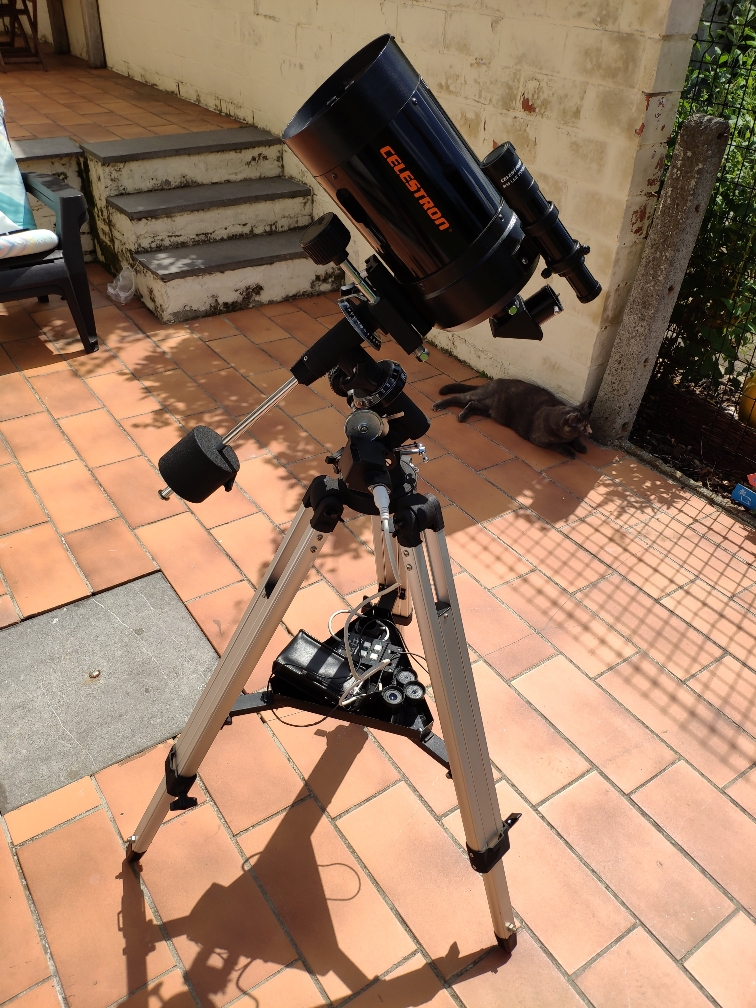 This is mine. It's the Celestron G5 bundle.
Black OTA.

That would be a fun grab and go.

That would be a fun grab and go.