I have to admit that, for me, the double fork mounted 1971-1983 C5's are the most beautiful compact scopes ever made. Either in orange or black, they are simply gorgeous

I managed to get a bit of time tonight and have updated the C5 registry to the 2nd edition. The links on the first post to this thread should work to go the updated version as well.

From trawling Astromart ads it seems that the f/6 telephoto lens version, black tube with a gold band round the rear on which the serial number was shown, used a separate serial number sequence - see the rows at the bottom of the table

Hi Paul i noticed that yesterday after i posted my info. Any stickers mine had were gone when i got it at kind of an estate sale It had been sitting in a damp basement for a number of years in the trunk " I would guess 20 years at least and probably the orginal owner who had passed "  you could say i rescued it.

I cleaned the corrector plate and used compressed nitrogen to blow out some flecks from inside. I almost didnt even need to collimate afterward as i marked the paper shims and used auto polish to bring it to a shine. The motors even still work but the outside of them has a whitish oxcide built up but i am sure now the motors say 11/79. I didnt get any eyepieces though i did give them my number if any ever turn up.

I enjoy restoring old Astronomy equiptment more than going outside in the cold to use it :-)

I am looking forward to seeing more numbers get posted this is really cool.

Oh yea, i think the owner had been a photographer. 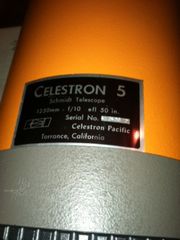 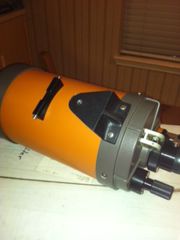 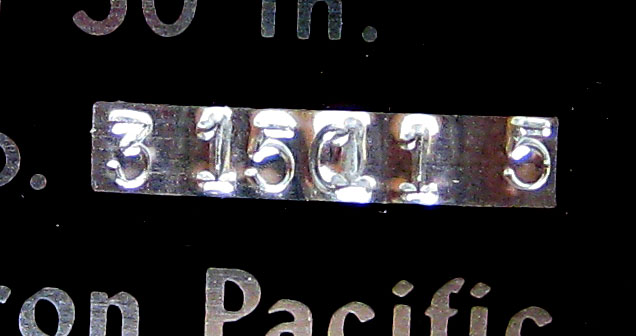 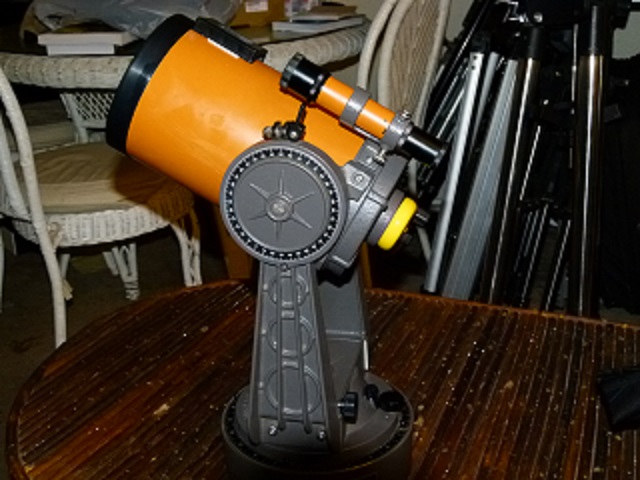 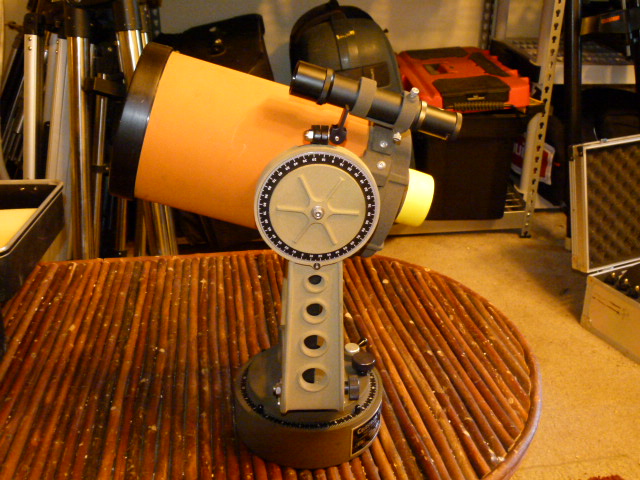 +1, love the thee colors on the second one and it looks perfect! 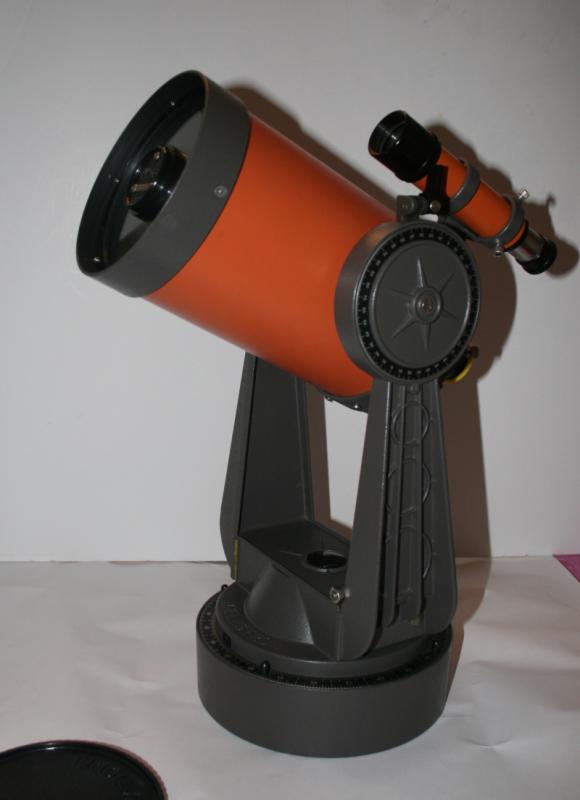 ok, I guess I'm now able to contribute to this post......just got this little guy delivered today....Bought it on eBay.....

its in great shape....jest needs a little cleaning of the corrector.....appears to have been little used with all original accessories in the boxes etc!......instant love for this scope...great size, design, build.......hard for any modern cass in this size to compete......

oh, you experts, please tell me what year this is....I forgot to look at motors....will report back on them!

So the registry can list CN Philip Levine as the current owner.  I did replace the finder scope with a more functional Meade right angle 6x30 finder.

Short story for the C5 registry.

Over the last two months, having been severely injured in an accident, I was bedridden most of my time. Things are getting better now, but ain't be fun. At all.
I was obviously forced to put aside a long list of tasks. Some friends in this forum have been also affected from this.
Thank you guys for having been patient with me. Really!

Anyhow, one of the very few things I was able to manage from bed was winning an eBay auction on a US-based (like basically all of them) Orange C5.
I intentionally let pass one on its beautiful small sandcast fork -- so, you, winning fellow of that 1976 C5, be aware I DID intentionally leave it to you at that bargain price...! -- for I was specifically looking for one with:

a. more stable C8-based fork;
b. as old as possible, but
c. with pebble finish.

I know, I know. Most like the smooth finish. I like better the pebble one. It's a matter of taste. We can happily live together

So, as per the registry (and as far as I know) pebble finish means 1978. And the cute C5 I was aiming at was indeed advertised as a 1978 model.
BUT, carefully looking at one of the images of the auction it was possible to barely read a serial # ending with... a "7"!
Mmmmm, so, a bridge model: optics from 1977 on a 1978-style OTA. I was definitely positive about getting it.

So, I won the auction and, as usual (*), the seller refused to ship to Italy.

<Note (*)>
C'mon guys, whats wrong with you?! Why on Earth everyone is supposed to be ready to ship to the US while it is so **** difficult to find someone kindly shipping overseas...?!
Do you think it is nice for all of us, 6.9 billions living elsewhere in the world, to constantly read that "CONUS only" stuff...?!
Be assured we don't bite!
'Nuff said.
</Note (*)>

Anyhow, my friend Llazar in Chicago was so kind as to look after it: double shipping from Ohio to Illinois and then from Illinois to Rome (Italy).
Llazar, if you read this, be assured that, next time we get together, you'll have fun at the commands of this little cutie.

Eventually, after dealing with customs for 12 days, I got the package delivered nearby my bed.
Of course I immediately started looking after this telescope, forgetting I was supposed to remain in bed. Result: my scares started bleeding... but that's another story.

Pebble finish in perfect conditions.
Mechanics tight and precise. The OTA is effortlessly driven by its fork at very high powers. A slam in the back is dampened in less than a second.
Just great. 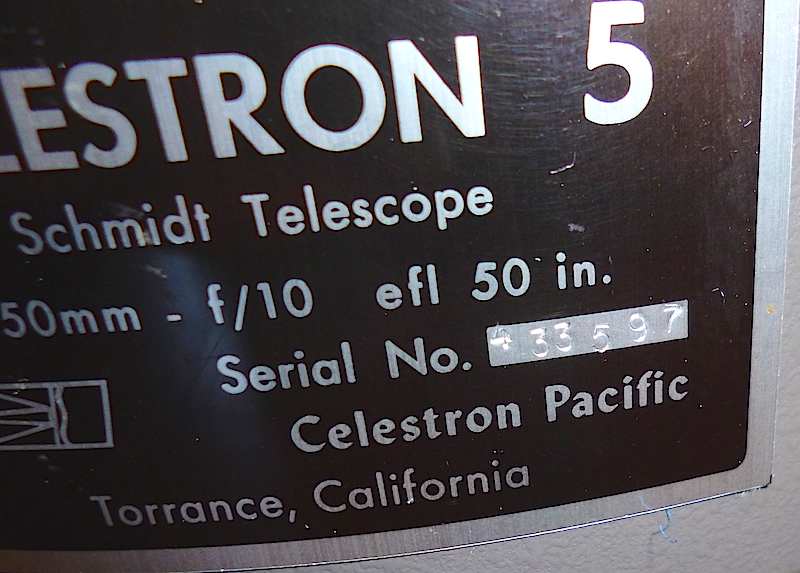 Main mirror looked OK, but the corrector plate was *really* fogged.
It was not my original intention to open the OTA and clean the inside but I obviously had to do it.

So, picture of the fogged corrector (fogged inside and dirty outside).

Upon removing the corrector, the OTA own serial appeared: # 50507

I don't recall seeing this on the two C8 I happened to open up...

Anyhow, the corrector got carefully and successfully cleaned.
Here it is, totally transparent, after cleaning.

Note that this OTA presents zero -- I mean ZERO image shift -- at 300x and beyond: it looks like you are focusing with an external focuser instead of using the right knob.
So, you will excuse me if I did not dismantled the main mirror (what I would usually do to re-grease any SCT).
I preferred to play wisely: if it works, just leave it alone.

But, as a matter of fact, next time I may do it just out of curiosity. Read on and you'll understand why.

So, this is the beautiful OTA on its perfectly tuned (not by me) fork mount, sitting on a C5+ wedge.
I know it is anachronistic, but I find it very handy.
I have a wedge+tripod of the proper vintage but, in my present state, it is better for me to peacefully deal just with the C5+ wedge on a small garden table.

The second evening (first one after cleaning), I tried again the optics.

The first evening I was amazed at the zero image shift as well as at the zero (really zero) play of the fork. Tracking is perfect. Response to manual movements as well.
But, although the initial impression on the spherical was positive, I wanted to check everything again with a clean corrector.
So, second evening with clean corrector and three good hours of cool down (not actually needed, but it doesn't hurt).
Confirmed: the spherical is very very good. Great.

BUT, as it was the case during the previous night (an now more clearly) the star test showed a visible astigmatism. Very visible at high powers.
I was using an excellent prism and everything was thermally-equalized. Just in case, I shifted to an equally excellent mirror. Same stuff. Identical sensible astigmatism.
Mmmmmm, this is very bad news.

When cleaning the corrector plate I did check and confirmed that the serial was, as usual, at 3 o'clock... but, since I did not actually take off the main mirror (as said, so as not to run the risk of spoiling the zero image-shift), I did not have a clear confirmation of the suggested correspondent optical position (that should be noted on the back of the mirror itself).

It was late and I was in pain. Not the best conditions to re-dismantled an OTA. I decided to give it just a blind try: unscrewed the corrector retaining ring and turn the corrector 90 degrees and check again. From 3 o'clock, where do I go? 12 o'clock? 6 o'clock? Oh, well, in the end it is just a matter of 6 screws. If I'm wrong I'll do it again.

So, first try: 12 o'clock. Six screws in and (limping) back to my table. Polaris... oh wow! Wow! Wait a sec. Let's play it seriously. Up to Vega. Ohhh, WOOOW! Ok, now THIS is a star test. Zero astigmatism and spherical, not excellent, just perfect. I mean, if I had a Celestron optical engineer here around for a touch-up, I'd tell him to go away and leave the OTA alone.

I don't know what it would happen with the plate turned at 6 o'clock, but at 12 is just... a fingertips loud kiss!

Will this be confirmed by the back of the mirror? The day I'll decide I've nothing better to do, I'll check. Don't hold your breath though.

This telescope is as good as one could possibly ask for. Till it performs like this, I won't mess with a total dismantling of the focusing mechanism.

In the meantime, here is the reverse side of this fork-mounted OTA. Really neat.

Incidentally, the OTA bears this sticker on top: "OHIO S.B. 170 in cooperation with the Cleveland Public Schools".

Maybe someone knows the meaning of this.
Possibly this telescope was especially selected for some educational projects.

For sure, its mechanics are perfectly tuned. And this after 38 years...!

Too bad there was someone at Celestron Pacific doing that stuff at the corrector's orientation -- I am very sure I was the first one opening up the OTA since it left the factory.

With a bit more care on the optical department side, the people who got to use this telescope before me would have been rewarded by such an excellent quality instead of a seeming astigmatic optics.

Ah, one last thing. As it is often the case, a little easy packing resulted in a destroyed finder bracket (the finder was packed separately and is OK). The C5 is currently using my C90 finder bracket.

If any of you guys has a spare C5 finder bracket, we would be four happy: you selling, me buying, the C5 receiving and the C90 having back. So it would be a most rare win-win-win-win situation

Ah, yes, of course a guide mount wouldn't hurt either...

PS/ At the end of this long bla bla (...pls forgive the mumbles of this poor sick guy...

) I summarize again for the registry:

Interesting thread.  I have a silver-gray goto C5 disarmed from the mount.  I'll have to see what the serial number is when I get home.