I always like to see the sky both in detail, but also in wide field. So, three years ago I've build an accessory to my SkyWatcher EQ5. A ''bridge'' or a saddle mounting plate. Because this bridge allow mounting the telescopes with the common center of gravity much closer to the mount axis, a bigger weight can be put on the mount.

In the pictures there are a SkyWatcher Maksutov-Cassegrain 150/1800mm, the one with white edges, and a RFT (also DiY), 123/430mm, with black edges. Both telescopes, with heavy, 2'' accesories, weight about 15kg. The bridge weight 2kg, being made from aluminium and textolite, glued, and secured with a lot of screws. One of the mounting plate, the one near the Mak is fix, the other can be adjusted manually to make it strictly parallel. As you can see, only one 5kg counterweight is enough to keep the mount in balance. The bridge is wide enough to permit a full rotation around the Dec axis.

Also in this pictures can be seen the handle made for the SW Maksutov. Because I didn't want to make new hole in its body, I've made a handle that can be attached to the finder shoe.

Now, everything, excepting the RFT is gone to new owners. The Maksutov was replaces with a Celestron C8, and the mount with a Vixen GPDX. Only the bridge wasn't replaced, yet.

The telescope was covered with gold-like self-adhesive foil because I've also used it for day time observation. 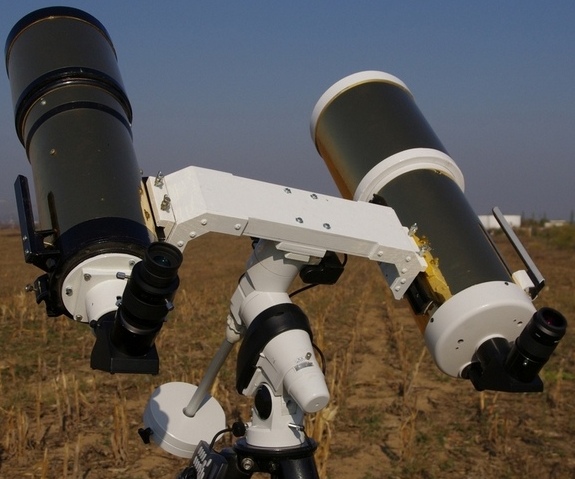 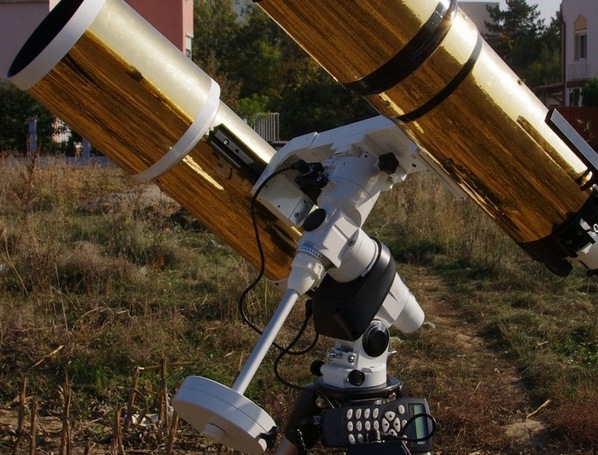 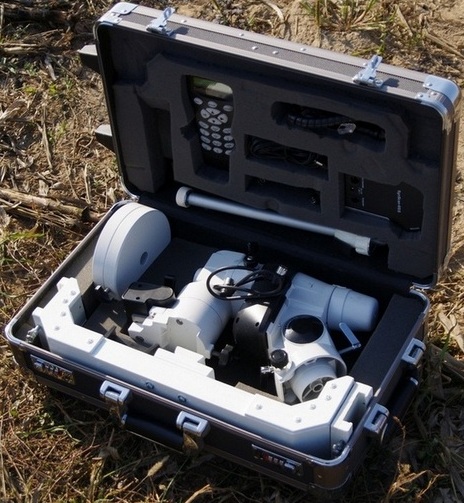 Wow!  All of your stuff is VERY cool and well thought out.

I really like the hard case for the mount head and bridge.

Thanks dmcnally. Now I'm sorry that I have sold it, cause I don't find another case of the same size and look, to transform it for the Vixen mount I have.