Having used Phillips, BK thumbscrews, and socket headed capscrews with a T-wrench on an 1100 Edge I can report that the last combination worked by far the best for me. But it can be daunting to come at that corrector plate with the sharp end of the wrench. I've always found that when working around optical surfaces the microscopist's advice is best: throttle back to 50% speed.

Another vote to use Allen/socket head screws to collimate the secondary mirror.  If I had a Celestron SCT, I would replace the cheap soft metal Phillips head screws immediately as they are easily stripped.

I switched over to the cap screws.  Celestron has the proper,screw size.  I would go to ace hardware and get the stainless version.  My c8 uses the M3x10mm and the c11 uses m3x12 mm according to my oracle (all if hey Google).

Any idea of the screw use on the C6, just collimated it last night but one of the screws would not move, the other two did and was lucky cause that what was needed to bring the collimation dead nuts on(I know don't touch it for now) but I would like to replace them in the future but that one screw is going to be a real PITA to move and to be honest I don't know how it is going to come out cause it seems like it is lock tight down, why Celestron did that I do not know.
Jim

I got the bug for tweaking the collimation tonight on the C6 and as normal one of the cheap phillips screw did strip off the head. Down to the tool box and got out my tiny vise grips and out it came so off I went to a new True Value store down the street that was still open. They had a screw section which was far greater than Home Depot and the fellow there knew what I wanted, boy that was a close call. There now replaced with metric allen/socket head witch are SS and now collimation is soo much easier and solid and I thank the guys at the local True Value store for staying open till 8PM.
Thanks Bill for the great idea swapping out the cheap screws, now its rock solid.
Jim

Why not these as Freestar8n had suggested. 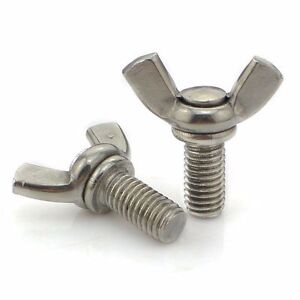 Well it finally happened to me, I stripped one of the collimation screws on my C5 xlt.

First of all, I think the phillips heads are a bad idea, because I am waving a big honking screw driver near the corrector.  I'm very nervous about it slipping out of the screw head and the tip taking a trip across the corrector.  At night I have to try and hold a flashlight and a screwdriver (to quote Curly Howard nah-nah  yoo-yoo-yoo), it seem like a hex cap screw, and a key would not be prone to such slipping.

Second, I never really tightened these screws too much and yet the phillips head is stripping out.  Must be soft metal, shame Celestron can't spend an extra 10 cents and use hardened screws.

Third, for those out their who have not collimated there SCT this is a must.  My scope took a drop of about a 18 inches onto grass, and afterword, the 160x views of Jupiter were quite mushy.  When I swung over and did a star test on Antares, I saw I was slightly out of collimation.   After the tune up (where I stripped a screw) the views were much better.

Finally, how do I replace the screws, any tricks?    I assume I back out one screw completely and replace it with a new one.  Do I

have to worry about the hole on the mirror holder moving and I will not be able to get the new screw in???

I take it the cross of the Philips head is what stripped? Are you even able to remove it?

If so, the yes; remove completely one screw at a time and replace it with a new Allen head screw. Run the new screw in until it is just firm. This will prevent the secondary from shifting too far out of its internal divot. Once you've done all three you'll need to recollimate but will be much easier now. Sorry, I don't remember the thread size; others may help. I took mine to a nearby Ace hardware and they helped me match it and provide a couple of extra wrenches. Make sure you get the same shaft length as the old ones.
Remember, these are not Chevy 350 head bolts. The screws need to be snug but too much torque will strip the threads.

If the head is completely stripped, use a pair of needle nose pliers and carefully remove the old screw.

Yes it is the cross of the screw head, yes I can back it out with a screw driver, if I am very carefull, but that might be the last time I can turn it.  I will take one to Ace, and see if they have a matcher hex cap.  Im betting because my scope is new,

it will have the m3 screws

For future reference, my celestron XLT 127mm made in China cat, uses M3 screws that are 10mm long.

I don't know how old my tube is, I bought it from a member, 6 months ago.

I assume it is rather new, as no visible wear was on it.

The operation was successful, new screws are in.  I will have to collimate tonight if I have clear skies.

My one of the last of the made in the USA C9.25XLT's  screws are holding up well. I hardly ever have to collimate.  If the scope ever gets way colllimation I'd probably replace them however the whole phillips head by the corrector plate thing is a bit nerve racking. David

Can anyone please explain to me how this secondary mirror collimation mechanism is designed? Is the secondary actually held in place by the collimation screws? I would expect that the head of a screw is fixed while the threaded part moves the secondary back and forward inside the secondary cell. Apparently this is not the case: since the screws can be removed the screw end must push on something inside the cell to change the mirror orientation. How does the mirror return to the initial position on the unscrewing action then? Is there a spring mechanism inside?

Can anyone please explain to me how this secondary mirror collimation mechanism is designed? Is the secondary actually held in place by the collimation screws? I would expect that the head of a screw is fixed while the threaded part moves the secondary back and forward inside the secondary cell. Apparently this is not the case: since the screws can be removed the screw end must push on something inside the cell to change the mirror orientation. How does the mirror return to the initial position on the unscrewing action then? Is there a spring mechanism inside?
I'm clueless and curious.

Not sure if there is a safety mechanism to prevent that but I ain't gonna test it. 😁

Thanks, I've seen a few (not very informative) pics of the secondary assembly after I'd posted my question and your description helps also but I still need to use my imagination to fully undererstand the mechanics of it.

I found a guide for replacing worn out screws here:

So - do I understand it correctly that in order to change the mirror orientation when all the 3 screws are in the fully tightened position when one screw is unscrewed the other two (or at least one) must be tightened? And on the contrary, when a screw needs further tightening at least one must be loosened first.

By the way - how is the secondary assembly is attached to the corrector plate? What holds it in place?

You pretty much got it JP.

Regarding tighten/loosen - the last bit of adjustments on a screw are on the order of 1/32 - 1/64 turn. IF all screws are tightened to their proper torque, the loosening of one screw by 1/64 should not require tightening the other(s). I know this starts to get a bit vague because no torque specs are available to my knowledge so one has to go by feel and practice.

Maybe some others can step in with their own pointers.

I got some Bob's Knobs for my HD8.

I didn't like the idea of putting a screwdriver or allen key near my objective in the dark.  USD25 for a set of three SST knobs, so not exactly cheap for what you get.  But the reduction in risk of gouging my corrector plate is priceless.

The knobs make it easy to make very small tweaks to the collimation.  And you can switch between which knob you are loosening and tightening very quickly without looking. Which is handy because it is sometimes dark.