Ham radio is still alive and well  and yes i have done a 40m ragchew about  my astro gear, I am getting a Shyshed Pod delivered soon and the 3rd  Bay will have a FT857D in  with a Sota Stealth Mast  for HF  and a J pole for 2m. My Ham radio Club newsletter last month had  two of my lunar images in

I don't have a radio in my optical observatory, however, I do have radio-astronomy gear in my ham shack.  I mainly use SDRs to monitor Jupiter and solar noise.  I'd also like to try to receive meteor scatter at some future date.

K1TNK is this frequency in use?

I just became a HAM General class earlier this year. Studied hard and Passed Tech, so decided to try for General so I could better experience HF.

Initially I figured that the radio would be a great indoor winter thing for me.    But, I have been busy getting my pod all set up they way I like and have been thinking that having  a radio in the pod will be nice while I stack images out there.

I have so much to learn with both Ham and astronomy.  Really looking forward to it.  I plan to study Morse code this winter coming.

Are there actually any Astronomy nets out there on HF or digital?   That would be cool.

I have since moved to a 3 acre property since I last posted.  I hope to get HF up and running this weekend.  I have the Yaesu FT991 (not A) with my Gap Antenna and a UHF antenna.  I suspect most of us are not very talkative, but if there are enough of us we could support a channel either UHF or HF say once a week at a time specific for an hour.  We would need an old salt involved who could help the newbees like me get and stay configured.

I too just moved. St George Utah. Figured I'd go from 2.5 acres in green Minnesota to a new house in a development in the

desert. Complete with HOA! No domes or antennas but planning on sneaking in a VHF/UHF vertical for the local repeaters.

But at least no mosquitos or snow!

I am active on DMR and Fusion using Hotspots and the internet. If anyone is interested in getting together on DMR let me

now we can meet on a TAC channel and go from there. It'd be easy to set up a scheduled time and talk group.

I will be operating mobile and portable when we go to do some imaging in western New Mexico this fall.  We will be out from Oct 10th to the 21st.  Depending on conditions I will typically be on 40, 20, 17 and maybe 15 meters SSB.  Maybe we can set up some schedules.   Last year I made some great contacts while there.

I have upgraded my mobile HF antenna since the last picture. 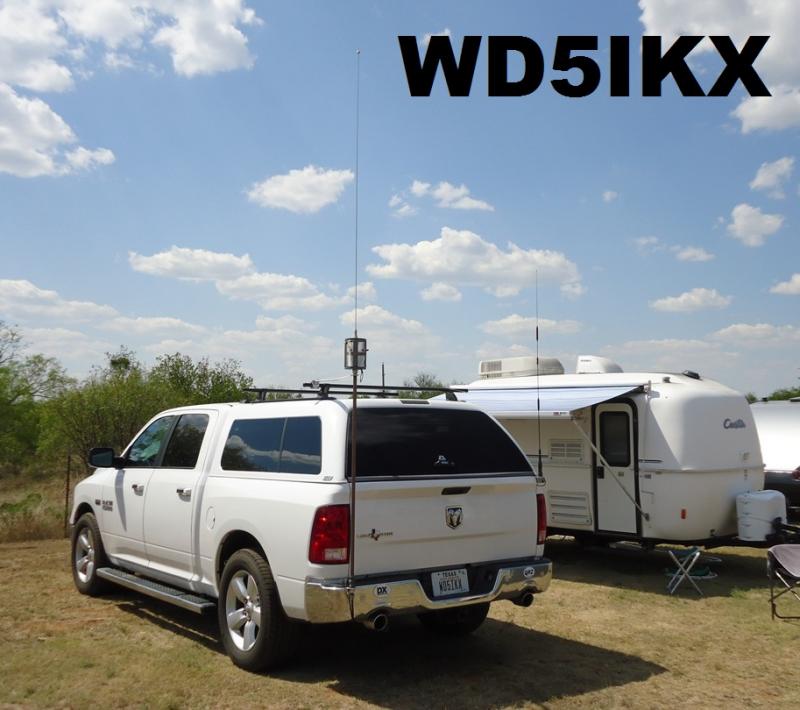 South West Astronomy Observers Group
[Search domain www.jeffgvu.com/swaogcom.html] www.jeffgvu.com/swaogcom.html
Our name is the South West Astronomy Observers Group. We are a group of astronomical observers and Ham Radio operators in the Chicago Metropolitan Area who like to go observing and share our hobby via Amateur Radio.We meet on the DuPage Repeater - 145.430 MHz. (TX offset -600KHz. / 107.2 Hz.) every Thursday evening at 8:30 PM

Amateur Astronomy Net for any Ham Radio Operators | aavso.org
[Search domain www.aavso.org/amateur-astronomy-net-any-ham-radio-operators] https://www.aavso.or...radio-operators
For all Ham radio operators, the Dallas Amateur Radio Club has an amateur astronomy net, called "Skynet" on the 146.88 repeater, P.L. 110.9, if you are in the Dallas-Ft. Worth area. This net meets every Saturday night at 9 P.M. Central Time, and all hams are welcome 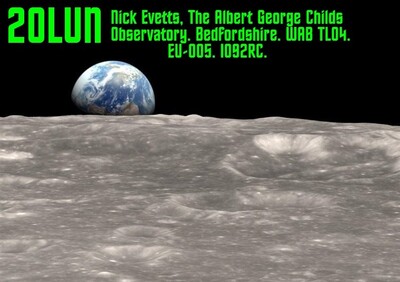 I've been a ham op since 1988. I got interested in Astronomy a few years ago because of the Solar Minimum. Here is a picture of my Ham Shack 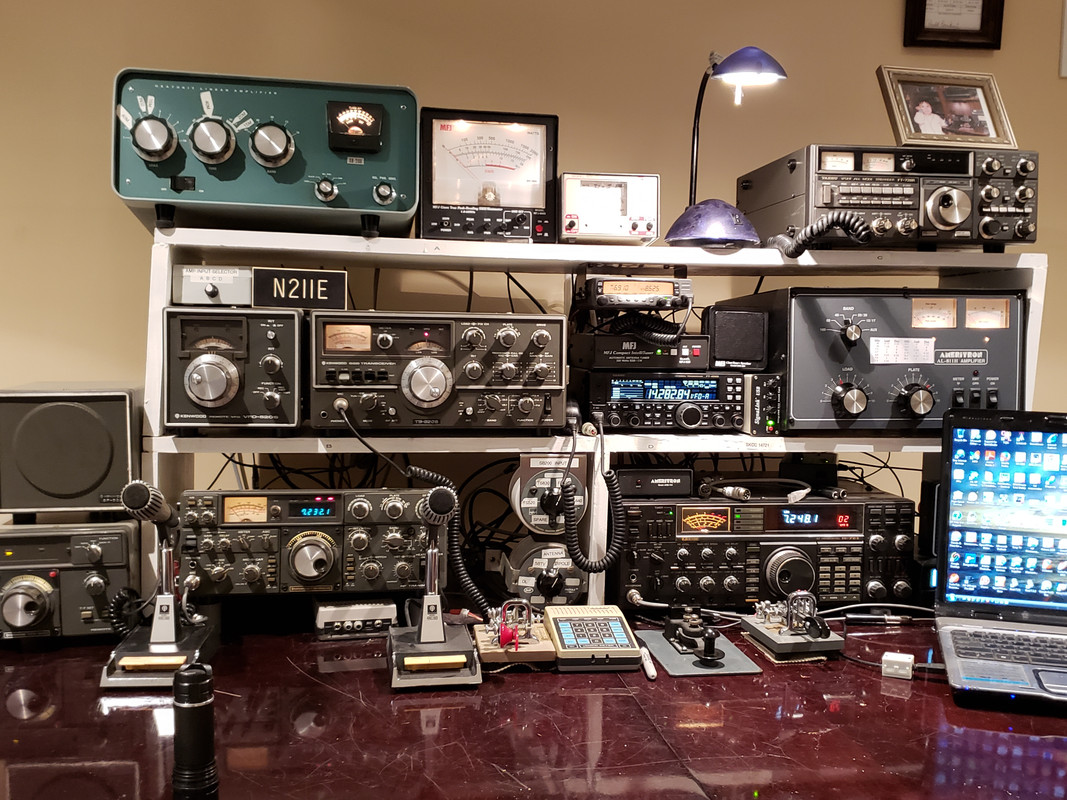 When i was in the US i was Operating  as KC2VWR (I'm on QRZ for all my callsigns, KC2VWR, M6UBS & 2E0LUN) Living in Cohoes NY my scope was mothballed and i was operating Mobile only and mostly imaging remotely , I think i'm now only looking for 2 more rigs for the Observatory a Kenwood 790A and a Heathkit SB-110. My key is a WW2 Cold Cathode break key from a Lancaster Bomber.

While not a Ham, I am an olde SWL'er.

Caught the shortwave listening bug from amateur astronomy. Back in the early-1990's I did a lot of solar observing, and picked-up an old RadioShack timecube so I could follow the solar-terrestrial reports on WWV (every 18 minutes past the hour!  I still remember that!  LOL)

That got me interesting in what else I could listen too, so I borrowed an old GE portable SW band radio and was amazed at all the countries across the world that broadcast news and music in English to North America. Soon, with a few SWL books and hamfest visits under my belt, I had a small listening post in the corner of my observatory with an old Ringo 10m vertical and a 50ft random longwire outside. Here's an older picture of the 'shack'.

While in-between viewing objects using the observatory's 8" SCT & video-astronomy cameras, I'd spin the dials on my old Heathkit Ham Band receiver (not pictured) or my 'newer' 1980's Realistic DX302 General Coverage receiver. It was a lot of fun listening to and logging the BBC, Radio Nederlands, Duetsche Welle, HCJB, Radio Japan, and all the others, or following the local Hams check-in on their nets.

Unfortunately, the golden days of SWL'ing are gone, with few international broadcasters still actively transmitting. I've recently downsized my radio equipment and relocated the old DX302 that I kept to an indoor spare bedroom. (needed the space in the observatory for storing new astro-imaging equipment and reference books!) I turn the radio on occasionally, but other than the religious-wacko's, the bands are pretty quiet. (Lack of sunspots probably doesn't help).  Nostalgia is currently keeping from me from cutting the last radio cord. One of my buddy amateur astronomers who's also a Ham keeps trying to get me into that, but I'm just not much into talking!  (people who know me probably would disagree with that, LOL)

My Gap HF Antenna has been down since my move in 2016.  Building codes prevented me from installing it in my desired location.  (Eventually I may revisit this location).  I now have an acceptable location and I am now adding the guy wires/cords to stabilize it during our Santa Ana winds, which have exceeded 65+ mph. I am now motivated to get it running this weekend.   My UHF is up and running nicely.  I have a Yaesu FT-990.  Perhaps we should consider a UHF channel vice HF since then other with just a HT could join.  There are lots of untapped possibilities here.

I'm still an active ham, but now more in the ATM part of the hobby. There has been an explosion of innovation in small, inexpensive, QRP transceiver kits and plans that are Arduino controlled and sometimes part SDR. In the last few years I built a BITx 40, uBITX, U3s and QCX from kits. I just finished building a uSDX from plans. It's a cool Arduino based pulse width modulated SDR that uses a very efficient class E amplifier, not only for CW, but also for sideband and digital modes.

I would be very interested in a HAM radio net on astronomy in the New England area. Here in New England we have a very functional DMR network that covers from New Brunswick (Canadian Maritime) to Long Island which could be used for a net on astronomy. I have often thought how wonderful it would be to be out observing at night and have a DMR net sharing our experiences. There are also so many nights were it is not possible to observe having the experience to share with other HAM/astronomers would be very fulfilling.

If there is ANY interest to get started, please contact me.